Hypothetical technology you couldn't adjust to.

The whole Deus Ex would be too much for me. Don't get me wrong living longer and having super human abilities is awesome, but what of sex? How could anyone would want cold metal near their privates is beyond my understanding.

Something a little more here in the now, the internet and computers. I grew up during the transition to the internet. (I was born in 86) We were one of the first generations to have internet capable computers in the classroom. I was in wonder and wanted to know everything I can about this magical contraption. Today many kids just take it as is, liking electricity. (ever continue flipping light switches even though you know the power is out?). I find myself tech supporting kids who when I was their age was far more tech savy than they are.

Its like as technology becomes more user friendly the more incapable the user is of diagnosing problems. This is more of a pet-peeve, shake my head at type of thing. If you use something, you should at least know the basics of how it operates. 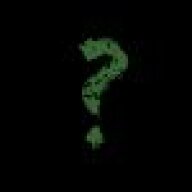