IO Refuses To Be "Dictated To" by Fans

Fans shut just shut up, let developer's do their job and then judge the final product when it's out. And judge it how good it is as a game and not how good it is compared to other games in the series

The only way to show the game's freedom is to tell players where to go?

Here's hoping I can turn that shit off.
Click to expand...

Whenever I see complaints about some new feature that will make the game "too easy", like the demo mode in Mario games, or this, I have only one response.

Have a option to turn the feature off. Problem solved.

I mean surely? If players think that respawning at checkpoints is too easy compared to having to start the level over, give them the option to have the game play like that, and if they don't want helpful glowing lines pointing the way, let them turn them off and play the way they want.

Of course, I'm too cynical to believe that this would actually stop anyone from complaining. Same as the people who complain that other people are allowed to play on easy.

If you're forced to keep it on whether you want it or not, then the complaint is legitimate.

It still is a bit early to make an issue out of it, but I just hope they haven't sold out the series. Biggest discouragement for me was the lack of Jesper Kydd..the story and atmosphere of Hitman series has always been suitably dark and I hope that's still there.

I also felt extremely clever upon discovering ways to get around objectives (injecting the sleep serum into donuts and knock on door of undercover FBI van, finding dodgy hidden passage through a mirror in a mansion down to the servant's shower quarters). Now I don't know how much 'hand holding' is incorporated, but those were the most rewarding moments in the game for me.

I have a feeling also, that many people who are new to the series, just treat it like another action shooter, miss out on all the disguises, hidden passages, 'accidental death' setups, and many various methods of completing objectives and other epic shit like that. They pick a wild loadout of automatic weapons and dual pistols, run in guns blazing, and since the game is not based around that kind of gameplay, it becomes a disappointing experience compared to other shooters.

So the devs want to make it a little more obvious, what your options are in regards to stealth and such. This is speculation though, I don't know. As long as the option to turn off the highlighting is there, and they don't use it as an excuse to make the levels simpler and more linear, I'm happy. The art director from the old Hitmans, directing this one has some expectations on his shoulders I'm sure. You don't wanna listen to your hardcore fans, sure. I just hope you're not doing these changes just for the moneyz.

Fans whine about stuff that doesnt matter but people hate change to things they love. Whether its comics, games or whatever. But other fan comments can help lead the developer in the right direction, to change things that were hated or what things they can add to improve things. But i also think that the game should stay close the previous title it will be judged on. I also think that "line" think is crap and will make the game to easy. The whole point of the game is to walk into an unknown area, explore and complete your mission. I think the "line" thing will stop that. But i also hope they make this optional and you can decide whether you want it or not and can turn it off. If you cant, and it is permenant, then i wont bother buying it.
D

Iv seen many games ruined because of the developers listened to too much whine. 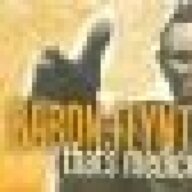 Aw... I was hoping that IO would finally say "WE'RE MAKING FREEDOMS FIGHTERS 2!"
But it looks like my hope was displaced. Although, a new hitman is fine too.
1

Seriously what the fuck is this?

This is both fans and developers being absolute morons.

Fans are idiots. Myself included. When I saw the first gameplay section on youtube I pretty much flew in a rage because it looked fucking ridiculous. Completely removed from the Hitman games from before. It looked more like the bad Splinter Cell games than anything else.

But that was probably only my skewed opinion. Though exploding helicopters did not really ease my concerns.

However the devs are equally moronic.

If fans complain about the HUD. Allow players to modify the HUD in the fucking options! What is wrong with that? That way you please everyone with a very Minor change. If you get complaints about glowing arrows on the floor pointing out different pathways. Have an option to turn em off.
T

Here's a thought... how about making those guide lines an optional item that you can turn off? easy fix. requires almost no work and hey you make everyone happy =)
S

themerrygambit said:
Here's a thought... how about making those guide lines an optional item that you can turn off? easy fix. requires almost no work and hey you make everyone happy =)
Click to expand...

Sure if they actually make them optional instead of making the game rely on them to be playable at all like Oblivion's idiot guide compass. Of course game companies don't do that. Crutch features like this are always designed to be integral parts of the game that it's not intended to be played without.
Show hidden low quality content
You must log in or register to reply here.
Share:
Facebook Twitter Reddit Pinterest Tumblr WhatsApp Email Link
Top Bottom