MianusIzBleeding said:
This is fucked up

At least there won't be My Little Pony videos clogging the internet up xD
Click to expand...

Finally, a reason to support SOPA. 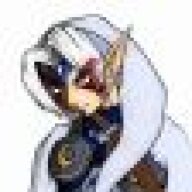 A big issue that I noticed with SOPA. I originally thought that reviews wouldn't be too badly affected by SOPA because companies depend on them (and metacritic scores) for sales and publicity. Then I thought, with these powers, companies could single out negative reviews and remove them, claiming an infringement of copyright. This makes reviewing and Metacritic averages completely useless. My god this is getting worse by the second! 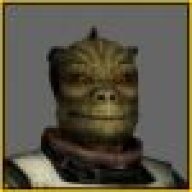 I know this is already dead but I have to wonder how this would have affected "spectator" sessions. Counterstrike or everything on onlive for example. During most just cause 2 sessions I usually see at least a dozen spectator notifications.
T

Well, it's not surprising that big businesses are lining up to support a law that directly benefits them. As far as the law itself goes, I have mixed feelings on the subject, after all I'm someone who goes off about other countries like China stealing US Patents and IPs, so needless to say I'm not exactly on the pro-piracy bandwagon. That said this really isn't about piracy but about stepping on people's protections, the right to a trial, the need for evidence, etc... and pretty much letting one private group of citizens directly regulate another, in the especially damning fashion of ultimatly allowing businesses to legally shut down their own competition and any criticism of their products. For that reason alone SOPA needs to be stopped.

To be honest I do not things are currently in any danger of going as far as Jim suspects though. Right now our system of checks and balances is sufficient to prevent that.


A lot of people will say I'm "off the deep end" or "trolling" or whatever else, but I'd remind people that the odds of the police ever busting in and arresting someone as a felon for streaming a video game for a charity event are minimal. This is because of one of our most important rights, the right to keep and bear arms. The point here is that the people aren't entirely defenseless against the police and authorities. Getting away from all the other ways that this influances things, as it applies here is the bottom line that to go and enforce a law and arrest someone the guy at the bottom of the totem pole, Joe cop, has to agree it's worth potentially getting his head blown off to enforce a law, which is always a chance no matter what advantages we give him as long as the populance is armed. A lot of very stupid "pet" laws by politicians are curtailed by this kind of thing and it's been a HUGE deterrant towards the US becoming a police state when laws even worse than the one Jim is talking about have successfully passed, especially on a state and local level. Basically if YOU were a cop, would YOU go and kick open someone's door and risk taking a bullet in the head from someone who doesn't want to go to jail or have their life ruined, over something stupid like a video game and EA's IP rights? No, you probably wouldn't. That means that it would become one of those laws that might be on the books, but nobody enforces directly (the kind of thing that becomes "blue law" before it expires) because nobody doing this job is going to value the "paper rights" of big business more than their own lives. People do not really "get" all the ways our right to be armed benefits us, and why it's so important we protect it from guys like Obama who seek to limit it. The costs of gun violence, even in surges, are vastly outweight by the cost if this fear went away and there wasn't much keeping cops from enforcing any petty law someone wants to pass, I mean without the fear some otherwise law abiding citizen (as opposed to a hardened criminal) might defend themselves, some cop is going to value their paycheck more than your livelyhood or freedom. "Just following orders" is easier to use as an excuse when it becomes the path of least resistance.

That said, for those that got past that paragraph (I know what sentiments are like here), the odds of this paticular law even going that far are slim. Jim's fear of being arrested for streaming doesn't seem paticularly valid under any circumstances, it's more likely the people providing the services you need to stream will be the ones jackbooted and it will never trickle down to the everyman. Sheer intimidation and the possibility of arrest will do the work for the laws after the first few examples should this pass and be enforced.

This is definatly something to be concerned about, but honestly I'm not entirely sure what can be done about it at our level, unless someon at our level is arrested and actually manages to fight a series of appeals up to the supreme court, where I don't think it would hold weight. With the money involved this doesn't seem like the kind of situation politicians are likely to listen to what is a pretty small minority of people overall.