playing Minecraft while they Minecraft [http://www.escapistmagazine.com/news/tag/minecraft?from_search=1].

One such mod, "Kataminey Damacraft [http://www.minecraftforum.net/topic/403141-166-kataminey-damacraft-more-destructive-than-mads/]," turns the dig-craft-build world of Minecraft into the roll-up-everything-into-a-ball world of Katamari Damacy. It's obviously just a hack, but there's still something strangely therapeutic about creating a giant ball made from the scenery around you.

While it's undeniably a fun-looking mod, I can't help but feel that it almost feels a bit pointless in Minecraft. Part of the fun of Katamari is getting big enough to roll up objects that were previously complete obstacles, and wobbling lopsidedly through the scenery. In Minecraft, every cube is the same size, so there's not as much a sense of progression from "rolling up paperclips" to "rolling up skyscrapers."

Ah well, it's still pretty neat, all quibbling aside.

here [http://www.batcountryentertainment.com/] showing off several of the improvements they've made since the first video (seen here). I would have embedded that video instead, except it doesn't use the "Katamari on the Rocks" main theme, so it can bite me.

Cool, can I just run it back and forth and make a huge trench? Maybe I can finally build that huuuge bridge I've always wanted to over said trench without painstakingly digging under it! 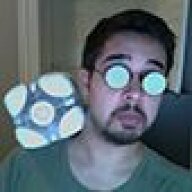 This is why i'm glad that Katamari exists, because then people go and do stuff like this. The mere existence of Katamari Damacy breeds awesomeness. 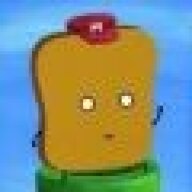 Damn! Ninja'd by the News Team! I was gonna post this!

Still, this is a fantastic little mod. My question, though, is what the hell do you do with the giant ball when you're done? Does is just stay there collecting dust after it has collected tons dirt or does it disappear and is only used for mining?

Esapist, y u no have delete button? 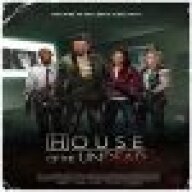 XD Wow this is delayed. I saw this on I am bored i think yesterday. I see a game comeing from this.

Oh that's great. Now that giant golden phallus I spent 2 days building will be gone. Hidden somewhere inside a giant ball of blocks.

Releasing one of these on a large city in a multiplayer server would be... Glorious...
Especially if you could roll up players.

Could you imagine? You're working on your house, when this rumbling sound wells up in the background... All the sudden a gigantic, evil ball of terrain crests a hill in the distance. It's covered in cows, sheep, zombies, and your friend from down the road, all writhing and intermingled with random trees... You try to run, but you know in your heart it's faster than you... You feel something hit your back and you find yourself ground into the dirt, only to then have the earth vanish from beneath you as you roll into the sky...

That would ROCK.
S

"every cube is the same size, so there's not as much a sense of progression" If you're able to treat all touching blocks of the same material as a single unit, then you might be able to code something that can check the size of the unit against your ball, creating restrictions for a more satisfying mod. Not sure if that's workable though 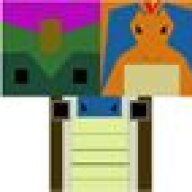 Do you know what woudl be great? Real world Katamari!
Some one invent it now.
It would be more dangerous than nukes tho... 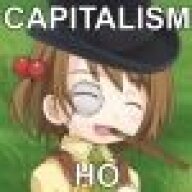 I REALLY want this to be on Multiplayer, I would love to crush EVERYONE.

Looks cool, but until it can pick up animals, it's a no-go for me.
A

anyone who didn't sing along needs to be punished...

by being put in a giant hamster ball covered in glue, and rolled down a hill

Esapist, y u no have delete button?

probably to make sure people think about their post before they say it and to prevent trolls.

Was this made with those sticky blocks notch was thinking about?