A massive, reported leak of the full Super Smash Bros. 4 roster has gained legitimacy with a video showing three characters in action.

Keep in mind that if you'd rather wait for Nintendo to officially reveal these characters, this article does contain some spoilers. Ok? Alright. Earlier this month, a full, leaked roster [http://www.polygon.com/2014/8/25/6065689/super-smash-bros-character-roster] for the upcoming Super Smash Bros. title was doing the rounds on the internet. Smash Bros. roster leaks have been a thing since Melee, so we understandably took it with a grain of salt. But now, someone has gone and uploaded video proof of three of the characters from the leak, causing us to reconsider the initial leak.

The video to the right shows Bowser Jr., Gannondorf, and Shulk (of Xenoblade fame) in two, full rounds of the game. At this point, it would be incredibly hard to dispute the legitimacy of these three characters, as they certainly appear to be fully-fleshed out playable characters in the game.

The fact that these three characters have been confirmed, and that two of them are quite obscure (Bowser Jr. and Shulk), means that the full leaked roster we saw may just be the real thing. Along with Bowser Jr., Shulk and Gannondorf, the leaked roster confirmed returning fighters Wario, Jigglypuff, Mr. Game and Watch and Falco, and newcomers Duck Hunt Dog, Dark Pit (Pit Clone), and Dr. Mario.

The leaker also stated that Snake, Ice Climbers, Lucas, and Wolf will be added to the game as post-launch DLC.

Nintendo is pulling these videos off the internet as fast as folks can upload them, so I'm not sure how long the video to the right will remain available.

Did Our Prophet Jim predict any of this?

Not gonna lie, getting really sick of Baby Bowser being shoved into everything now, especially with how Paper Mario Sticker Star was. I mean he seems interesting, and I suppose I should be happy they didn't put the Koopalings in it or something. >.>

Now as for Shulk, I say yes to that and I'm happy for that. Nice to see Ganondorf's back as well, but from what I've seen he's suffering from Clone-syndrome again. Maybe one day he'll get his own move set entirely...perhaps for Smash 5. 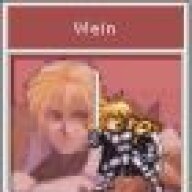 Unconfirmed rumor that it was an NoA employee. [http://mynintendonews.com/2014/08/26/rumour-nintendo-has-apparently-found-the-smash-bros-leaker/] He has been fired and is in the process of getting sued
Source: Twitter user BalrogTheMaster.

KingWein22 said:
Unconfirmed rumor that it was an NoA employee. [http://mynintendonews.com/2014/08/26/rumour-nintendo-has-apparently-found-the-smash-bros-leaker/] He has been fired and is in the process of getting sued
Source: Twitter user BalrogTheMaster.
Click to expand...

I heard that the Videos and pictures where leaked by a member of the ESRB. Either way, I don't know if anyone deserves to be sued for leaking images from a game that's near release.

Mr.Mattress said:
I heard that the Videos and pictures where leaked by a member of the ESRB. Either way, I don't know if anyone deserves to be sued for leaking images from a game that's near release.

And Ganondorf has Captain Falcon's moveset...AGAIN.

I love the Smash series and all, but the clones are getting old at this point. Why bother with separate character slots for nearly identical fighters like Dr. Mario and Dark Pit when they could easily be alternate costumes to make room for new iconic challengers?

Despite this video, I still don't believe it...there's just a lot of evidence that points to it being fake, considering that the photos that came before were pretty much debunked immediately...and it's not like there aren't clever people out there who could whip something like this up in order to get a rise out of people...

-Why does Shulk's character portrait have the same face as Little Mac?

-Supposedly, the artwork for Dr Mario has been on the web for a while.

-Why would the player 1 name not be "Player 1" or "P1"? Why take the time to input a personalized name so odd like the one they used in the video?

-Why give obvious palate swaps (Dr Mario and Dark Pit) their own character slots...considering that characters may/may not be getting alternate outfits? Zero Suit Samus is getting one (and it's glorious) so there could be a chance others are getting them too.

-Duck Hunt Dog has been faked before and has been a mod reskin for Olimar in Brawl (Olimar is the dog and the pikmin are all ducks). Seeing him here is just too suspicious.

-Supposedly, the ESRB doesn't actually play the games they rate, they view videos of them so why are they playing this one?

-Nintendo has little experience with DLC so the idea that Smash will have DLC characters is very suspicious. Also, some of the characters that have been said will come as DLC are definitely reaching a bit...like Ridley and Mewtwo.

-Maybe Nintendo is taking down these videos because they aren't true and they don't want false information about their most hyped game of the year to be spread around the net.

-There has already been tons of fake information about Smash like faked characters and such like Klonoa and Bomberman. Such a hyped title is bound to draw in a lot of fakes by fans. The fans can do some cool things like the aforementioned Klonoa fake which was quite the high quality.

Again, this is all just my own speculation about the "leak". It just seems all too suspicious to me, so i'm taking this leak with a grain of salt. I know people desperately want this to be real because they love them some Smash.

Frankly, I just don't believe it. 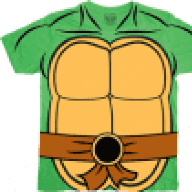 I wish this was true, if only because it means Ness is returning.

I've no desire to get anything spoiled, so I have to ask somebody who's watched the video -- is it returning characters, or brand new ones?

Queen Michael said:
I've no desire to get anything spoiled, so I have to ask somebody who's watched the video -- is it returning characters, or brand new ones?
Click to expand...

Both. Won't say which, but according to the leak, most of the old characters are returning, and others are rumored as DLC

Well, I just want to play the game at this point. There wasn't really a character I wanted to get in more than any others.
*presses her money against the computer screen*
M

Wait, the Duck Hunt dog?
Does that mean I get to smash the little bastard?

Can we get mewtwo back please?

So, no Bayonetta, huh? Dang.

Oh well, there's always next time. Hey, maybe next time we'll get Subspace Emissary 2. And in the meantime, Rosalina.

MrBrightside919 said:
-Nintendo has little experience with DLC so the idea that Smash will have DLC characters is very suspicious. Also, some of the characters that have been said will come as DLC are definitely reaching a bit...like Ridley and Mewtwo.
Click to expand...

How's Mewtwo stretching it? It wouldn't be his first rodeo.

I?m still skeptical, mostly because it seems highly unlikely that duck hunt duck is playable, considering how hated he is.

Kid Icarus does seem to be a bit overly represented but i don't mind. I loved uprising and i wish it all the exposure it can get, especially if it makes a sequel more likely

I'm actually fairly happy with JR, he seems to be riding the Koopa clown car which is cool. Unlike most people i never had a problem with the little guy. I don't like JR replacing the koopalings but i don't hold it against him either, i understand why Nintendo would want to deal with just one identical son as opposed to 7.

It looks like Ganondorf is a captain falcon clone again....ugh...why? It didn't even make sense to have Ganon share Falcon's moveset. It was a mistake to have him appear in Melee like that and it was an even bigger mistake not to revamp him in Brawl. Why don't they just give Nintendo's second biggest baddie his own moves? Ganon has dozen's of games to draw inspiration from and has shown anything from magic to sword fighting. There is no excuse not to give Ganon his own moves.

Shulk being in smash brothers is kind of funny considering Nintendo of America did everything in its power to pretend his game didn't exist.

Give Ganondorf his swords and a new moveset. Please! He's been in enough games that you can make his own individual moves, surely? Between the magic and the swordplay.
G

Shulk weilding the Monado blade will be an interesting character to play as. Hopefully he won't be too much like Link, creating the same cloe effect as with Ganondorf and Captain F. So as far as Ganondorf goes, his magic and his sword should be enough to create an own character and not just lazily throw him in there because Zelda and Link need to have an opponent?
And Bowser jr. in his flying white pumpkin might make an interesting character.
IF this leak is true, I guess we'll find out soon enough?
Show hidden low quality content
You must log in or register to reply here.
Share:
Facebook Twitter Reddit Pinterest Tumblr WhatsApp Email Link
Top Bottom