Left Behind Games Accused of Scam

Left Behind Games Accused of Scam

The SEC accuses the developer of operating a "revenue inflation scheme".


​
Remember that [a href=http://www.escapistmagazine.com/news/view/77637-Left-Behind-Games-Threatens-Sites-That-Dont-Like-Left-Behind-Games]Left Behind: Eternal Forces[/a] game from 2006, the one that even Christians didn't like? Well, while no one was paying attention, the developer, Left Behind Games, secretly released three more, culminating with [a href=http://www.leftbehindgames.com/LBGStore/index.php/download/lb4waw.html]Left Behind 4: World At War[/a] in 2011. Despite not having released any games since then, the publicly traded organization was all set to report a 1,300% increase in revenue until the US Securities and Exchange Commision stepped in and [a href=http://www.sec.gov/News/PressRelease/Detail/PressRelease/1370539839881#.UkMg7GSbhCt]called bullshit[/a] on the whole venture.

The SEC alleges that the sudden spike in revenue stems from Left Behind Games CEO and CFO Troy Lyndon handing almost two billion stock shares to a Ronald Zaucha as compensation for consultation. The plan was to then have Zaucha sell it all immediately, funnelling $1 million back to Left Behind Games, keeping $1.28 million for himself. Apparently, they tried the exact same thing in 2009, where the duo earned a total of $4.6 million. Meanwhile, the SEC argues that Zaucha "performed few, if any consulting services."

If that's not enough, it seems the entire company shut down in 2011, when it fired all of its employees and shut down its offices. Since then, Lyndon and Zaucha have apparently been using the company's corpse as a front to scam investors.

"Lyndon and Zaucha's scheme duped investors into believing Left Behind Games was becoming a successful enterprise when it was struggling to stay afloat," said Michele Wein Layne, Director of the SEC's Los Angeles Office. "Lyndon essentially gave Zaucha stock in exchange for phony revenue streams that created an inaccurate portrait of the company's financial health."

In the meanwhile, you can still order [a href=http://www.leftbehindgames.com/LBGStore/index.php/lb4waw.html]Left Behind 4[/a] at the special price of $27.77, but I wouldn't expect a prompt delivery.

its kind of ironic to see the biggest crimes in the allegedly most "humane, compassionate and fair " organisations.

how many fucking raptures does god plan? 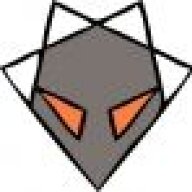 I guess the world of law left them behind.

It was an awful terrible book series obsessed with self-importance and explaining how all the people the authors hated would have horrible things happen to them (and of such insight to the human perspective that it contained things like nurses saying how sad the end of the world was because now they couldn't about any more babies), an equally awful video game that successfully managed to convey the depth of the relationship between the franchise and actual christian teaching* by including a mechanic where you can shoot unbelievers and then heal yourself by praying, and now it's ended up in a grimy sleazy end.


(*Because this is the internet, to clarify, I mean not very close at all. The idea, despite what the Left Behind franchise thinks, isn't that you punch someone and tell them they should've turned the other cheek)
B

I heard that in the original game, you could convert both men and women from the streets to serve in your army. Except that, because of the gender politics of the authors, women were restricted to being healers (and worse at it than men, no doubt because the men are doctors and the women nurses) and entertainers, while the men could do all jobs. So a smart player would ignore the women and concentrate only on the men.

Just as that was unintentionally very close to the spirit of the source material, so is this news that it's been used as a shady cash cow to steal money.

I am not particularly surprised about these turn of events. Religious game developers haven't had the best reputation. Wisdom Tree, the creators of such classics like "Bible Adventures," "Spiritual Warfare," and "Sunday Funday," were willing to get around Nintendo's patent protection. They also just made some slight model changes to games they made before they became Wisdom Tree ("Funday Sunday was just Beach Menace, with some models changed, added questions about the Bible, and removing the "your girlfriend who's clothing slowly is eroding away" features).

This game literally was a reskin of Wolfenstien 3D (with the Nazi's replaced with goats, the guns replaced with a sling shot, and the bullets replaced with... fruit?) You had to plug a legit nintendo game onto the top rim of it, which got past the lockout chip. I have heard that one of them said he was glad he could drink, play Sonic, and then throw together terrible religious games, but I haven't managed to find it.

Apparently the team behind these games took financial advice from Harold Camping.

OT: Religious games always seem to be in scandals, don't they? The only one that hasn't is Binding of Isaac.

rhizhim said:
its kind of ironic to see the biggest crimes in the allegedly most "humane, compassionate and fair " organisations.

how many fucking raptures does god plan?
Click to expand...

That is the thing about being ineffable, nobody knows what is planned.

So, the company cooked their books and, in the process, their goose.

Seems justice will be served with white wine today.

What is this game even? Religious followers converting nonbelievers with...headache-inducing strobe rave parties?

Actually, I'd probably buy that.

I really don't have anything to add to this discussion, but I really just wanted to say that I love every single comment above.

They have ROMs for that, I'm sure. I can't say I've seen a physical copy of it, but I've actually held some of the other ones, like the infamous Bible Adventures.

CriticalMiss said:
Christians lying for profit? Who'd have thunk it!
Click to expand...

As George Galloway said, they believe in the profits, not the prophets.

Not that i adhere to any form of organized religion.

Hmm. That game looks.... almost a little interesting. Not quite though. It's like they replaced that gem thing that haunts the sims and replaced it with bigass versions of the fairies from The legend of zelda, then attached one to everybody.

IanDavis said:
Remember that [a href=http://www.escapistmagazine.com/news/view/77637-Left-Behind-Games-Threatens-Sites-That-Dont-Like-Left-Behind-Games]Left Behind: Eternal Forces[/a] game from 2006, the one that even Christians didn't like?
Click to expand...

Why would they? Gameplay aside, it's based on Tim LaHaye's personal brand of premillennial dispensationalism. (No, spellcheck, I didn't mean to say "premenstrual sensationalism".) Jim Jones was nominally Christian as well, but it's not shocking that Christians in general didn't like his Kool-Aid. (Or Flavor-Aid as the case may be.)

IanDavis said:
The SEC accuses the developer of operating a "revenue inflation scheme".
Click to expand...

Seeing as this is aimed at the market that shell out $4000 [http://www.timlahaye.com/shopcontent.asp?type=Israel%20Tour] for a tour of the best tourist traps the Holy Land has to offer, as chosen by their prophetonly-guy-who-can-read-the-Bible-right, perhaps the only surprise is that they thought they could gull the government as readily as their regular cattle.

It's really depressing to me that Left Behind gets three sequels despite the first one having a lot of unfortunate implications and failed gameplay moments (and bad DRM, to boot), and then the company gets to continue on as a corporate scam.

Yet <link=http://www.escapistmagazine.com/forums/read/326.828966-A-Religiously-Charged-Review-of-Captain-Bible-in-Dome-of-Darkness>Captain Bible, an actually good piece of Christian edutainment, is washed away without sequels in the FPS flood and the parent company has been reduced to cheap knockoff Christian DVDs to survive.

There's no justice in this world.

Quazimofo said:
Hmm. That game looks.... almost a little interesting. Not quite though. It's like they replaced that gem thing that haunts the sims and replaced it with bigass versions of the fairies from The legend of zelda, then attached one to everybody.
Click to expand...

It's an apocalyptic convert-the-masses RTS.

Did anyone see the live action adaptations with that smug cad Kirk Cameron?

The name "Left Behind" will forever feel dirty on human tongues thanks to Tim LaHaye and his cohort.
T

Ah, Left Behind.
Come for the Demons,
Stay for LGBT/Catholic/Muslim bigotry. (Don't worry Jews, leave your yam-aka at the door and we'll let that slide. *wink*)

I think the I stopped reading these things as a teenager when the "Heroes" saved their stupid secret cause from a heathen trying to blackmail them by accidentally outing her of her shameful lesbianism. Because closets totally exist in the post-apocalyptic wasteland of Rampant Liberalism and the Global Economy of Satan. This was supposed to be humorous too. Damn, were these books stupid. And I read so many too.


They would have made so much more money if they did like that American Dad Christmas episode where Stan and Jesus fight the Riddler Antichrist. Ah, good times.
A

rhizhim said:
how many fucking raptures does god plan?
Click to expand...

Depends. How much money does he need?

CriticalMiss said:
Christians lying for profit? Who'd have thunk it!
Click to expand...

As George Galloway said, they believe in the profits, not the prophets.
Click to expand...