Gordon_4 said:
Its neither a hot or unpopular take to say that Mortal Kombat: Annihilation was fucking garbage. We knew it then, we knew it now.
Click to expand...

And yet I still love the film. Mostly because of 2 elements. 1. They used a Juno Reactor song in the soundtrack during the fight with Jade, and that's always a plus for me.
2. The final bit, when the Elder Gods return and freeze Shao Khan's father, and state "In the end, it shall be decided as it has always been, in Mortal Kombat!" I don't know, but, I recall, vividly, in the theater, having a Keanu "Whoa" moment at that. As it really hadn't hit me before, as to the title of the competition. I mean, I understood as a fan of the games, that it was a competition where you could be killed, hence mortal. But the elder gods framed it as more of the concept of "being a mortal/human" if you wish to take the MORTAL realm, you will face it on MORTAL terms. No matter how powerful a god/demon/entity/whatever you are, when you come to OUR house, you can die, and you better be ready to face that.

So it sort of reframed the entire premise of the franchise in my head, into something a bit more profound. I mean it's still a cheesy, shitty movie, I won't deny it. But it also had a few moments that were pretty good I thought.

And you know, I said 2, but I just remembered that I really enjoyed it when Jax discovers he had the power within him all along, and no longer needed the dumbo feathers of his enhanced arms. Yeah, I know the actual character has bionic ones, not just an exosuit. But that slow mo sequence, where Sonya finally gets that stick out of her ass, and asks for help, and Jax just pops up like...well a Jax in the box, and rips that shit off, and goes to town on Mutaro, was quite enjoyable for me.

Drathnoxis said:
It's a perfect description of the sequel, however.

It's a movie where Jax, a character with robotic arms, is presented with fake looking plastic robot sleeves. 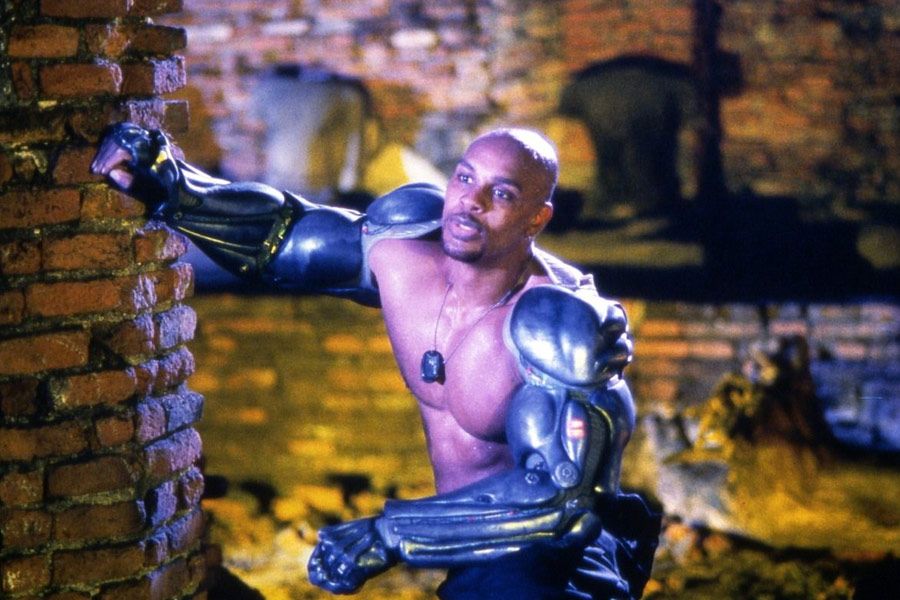 Later in a climactic scene, his robot arm is ripped off revealing -- that they were, in fact, simply fake looking robot sleeves and he's actually stronger without them.

Annihilation is one of those films that's objectively bad, but also boring so if it weren't so timely I'd regularly forget it even exists. I couldn't tell you who fights or what happens. I get bored by different things though. A movie can be action packed, but if that action isn't well choreographed or interesting I'm bored. I think I've slept through at least two of the Resident Evil movies and I just recently got about 45 minutes into Monster hunter before my eyes glazed over and I shut it off to go clean. These are the kind of movies folks like RiffTrax rarely do, because it's a struggle to even find much worth making fun of.
Reactions: BrawlMan
Show hidden low quality content
You must log in or register to reply here.
Share:
Facebook Twitter Reddit Pinterest Tumblr WhatsApp Email Link
Top Bottom