...Wait, you mean that cutscene was the actual game? Geez.
S

What is odd about Call of Duty is that the only thing that changes game to game is the single player campaign but the people who get all excited about it hardly even play the single player. 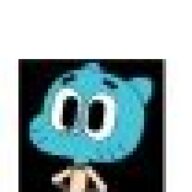 It's a series that's been running on the same engine for quite a while now; what do you expect?
They're not going to fix something that they don't see as broken. Keep milking that cash-cow, IW; that poor monetary bovine has to die sometime. 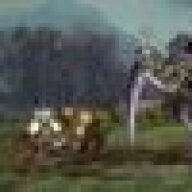 The only issue I have is that if I want my FPS fix I'll just play Black Ops. This just feels like the same to me. Only reason I picked up Black Ops in the first place was because my copy of MW2 broke and I was in the mood for an FPS.
B

I always find it weird watching Call of Duty fans complaining about how poorly balanced the game is yet still running to give it a hug whenever they're granted the privilege.

Anyway, I think this thread moved me another notch from indifferent toward disliking.

This thread lied! I was promised MW3 gameplay! All I got was a MW2 map pack! Wait, that was MW3?

In all seriousness, I'm going into MW3 objectively... slightly. I've always had a raised eyebrow at Call of Duty every since MW2, and Homefront's low-clone-quality has made me a bit frightened at the impact these CoD games can have on a ever-stagnating FPS genre. I've always dug Bad Co, and the Frostbite ending won me over back in 2008, and brought me back in 2010. Now, in 2011, I'm up and ready for this engine that's supposed to put the Cry Engine 3 to shame.

Besides that, I'm going to get both games, play their campaigns, and judge accordingly. I WANT what's left of IW to do... half-way okay, but I also want Raven to crash and burn because I hate the developer Raven and always will. (SO MANY BAD FPS'!) So, I'm going to be looking a bit more critically at BF3 than MW3, because I expect more.

Really guys, don't hate the game already, compile past observations and make accurate guesses upon what the probable outcome is to occur, and hold onto that hypothesis until the time of comparison arises.

I dont exactly buy sequals when I want something radically different. I get that there needs to be some change, as in, improvement, but most complainers of the lack of change is at stupid stuff. 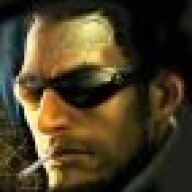 Eh, I know ill buy this, eventually. Ill do what I did with MW2 and wait untill it drops to about half its release price. Ive always enjoyed the MW series, but Im not a salavating fan boy who is too blind to see that im just buying another, more expensive, exansion pack.
D

Anyone actually expected mw3 to be any different from mw2?
A


...Wait, you mean that cutscene was the actual game? Geez.
Click to expand...

I didn't say people played COD for the story. I imagine they play it because it's fun.

I said it's not logical to say that it's the same game when the story and setting is different. I don't understand why this is such a hard concept to grasp.
V

Not sure what's so enjoyable about the CoD series. I've only ever enjoyed the zombie mode, and even that got boring fast.

RexoftheFord" post="9.310733.12567355 said:
Ok. Why change the aspects of the game that aren't broken? The graphics and gun mechanics of the weapons essentially worked. Certain perks broke the game. Certain map bugs broke the game. The community itself broke the game (which is not a developers issue). They've reworked the perks, added some, taken some away. Same with the way they reward you in game. So what if it's an improved MW2 without OMA nooby tubeys. /quote]

You literally just described what would be a patch in...almost every PC game. Balancing issues, the addition of new items/abilities. And even some console games. 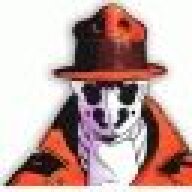 I don't really understand why it's a bad thing if it plays the same way as the previous iteration, as long as the story is different. Really, how many sequels actually change that much of the gameplay from the previous game? I can think of very few, and the ones that do make changes tend to make fairly minor changes.

I seem to be saying this a lot recently, but I'll say it again anyway; nobody is forcing anyone to buy this game. Don't like that the gameplay hasn't changed? Don't buy it. Don't like the story? Don't buy it? Don't like the developers? Don't buy it? I don't understand why people develop such strong feelings about games that they claim to not be interested in, if you aren't interested just don't look at anything related to the game, that way you don't have to develop some irrational anger towards it. 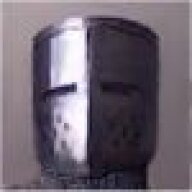 I disagree MW3 was done on a whole new engine and had twice the number of mechs and simulation then the first two MW. Not to mention it was before Micropros was bought out by Microsoft. Which was both a good and bad thing. Microsoft had money. But they utterly ruined Mechwarrior with the Xbox versions. Enough that smith and tinker are rebooting it.

Oh wait your talking about COD:Modern Warfare 1/2/3? Thats not MW.

i watched the full multiplayer trailer and actually had trouble sticking through the whole thing. i noticed that they only added a few new perks and just tweaked or renamed most of the other ones, or split them to make it look as though there were more perks. the killstreaks are also mostly the same, and the new ones are pretty uninteresting.

to be honest, the only thing i think is a really cool addition are the hybrid scopes. thats not enough for me to buy the game, so MW3 will probably be the only Call of Duty i dont buy, other than the first game. (to be fair, i regret buying CoD3)
M