The newest trailer for Agents of Mayhem introduces Fortune, Hardtack, and Hollywood - also known as the Franchise Force.

Agents of Mayhem was announced in release on August 15 of this year [http://www.escapistmagazine.com/news/view/167624-Volition-and-Deep-Silver-Announce-New-Open-World-Action-Game-Agents-of-Mayhem].

Now that's a brand new trailer that gives us a closer look at three of the game's 12 characters: Fortune, Hardtack, and Hollywood.


Agents of Mayhem is set in the same universe as Saint's Row, taking place after the "recreate Earth" ending of Gat Out of Hell. The characters featured in the videos above are hired by M.A.Y.H.E.M. (Multinational AgencY Hunting Evil Masterminds). Funded by the Ultor Corporation, M.A.Y.H.E.M. is trying to stop L.E.G.I.O.N. (the League of Evil Gentlemen Intent on Obliterating Nations).

Agents of Mayhem is coming to PC< PS4, and Xbox One on August 15. 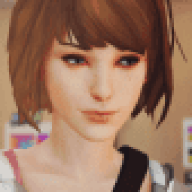 just get back to the saints already!

I am through with open world sandboxes. Ive not bought one in a few years and have no interest on returning...

Unless it is player unknowns battle grounds. That has me interested.
J

How dissatisfying that Volition's last game I enjoyed from them was released in 2013....

You know, I was actually hyped for this until this trailer. I think it was the final nail in the "Trying too hard" coffin.

Damn, those characters couldn't have been blander and more stock-cliched if they collected all the pure, crystallised essence of stock and cliche on Earth, put them into the largest blander to bland it at full power for 5 years (or the length of your average Iraq-war enquiry) till everybody forgot that blanding was ever a thing, then poured out the remaining grey paste over a vast, stretching soft-beige canvas to watch dry into these final forms. [small]Possibly while snacking on pastry sandwiches using stale dry bread.[/small]

'Sky pirates' tingled excitement at first. But not if they're going to be this bland. 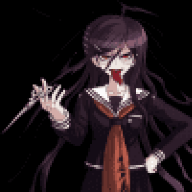 Sadly, I think I end up siding with the people who are indiffirent about this game.
I'll... I'll go back to SR4.

Anyone getting an Overstrike vibe?

No, not Fuse, Overstrike - 3/4 characters whose traits are explained via briefing, juxtaposed with their actions. 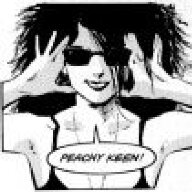