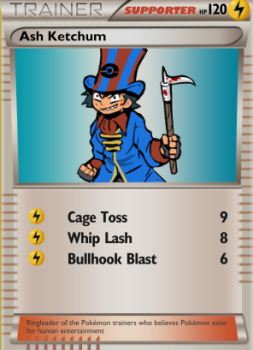 The minds that brought you Mama Kills Animals and Super Tofu Boy are at it again with Pokemon: Black and Blue.

Have you ever really thought about what actually goes on in Pokemon? It's basically dogfighting for kids. You trap the little beasts, stuff them into tiny cages, "train" them to make them more powerful and dangerous, and only let them out when you want them to fight for your entertainment. Nasty stuff, really.

So it is that People for the Ethical Treatment of Animals has decided to celebrate the recent release of Pokemon Black 2 and White 2 with Pokemon: Black and Blue, a short online game in which you'll help Pikachu, Oshawott, Tepig and Snively beat down their oppressors and make their way to freedom. Gotta free 'em all, baby!

The game features a reasonably accurate (for a PETA parody) representation of Pokemon battles between the four battered, mutilated Pokemon and their former masters, like Professor Juniper and Ash Ketchum, who probably don't appear quite as you remember them. As a reward for your efforts, you'll help Team Plasma set the Pokemon free, change the mindsets of their former trainers and of course get the usual PETA payoffs: a wallpaper, downloadable PETA Pokemon cards and a music video featuring horrific clips of animals suffering unspeakable cruelties and deprivation.

It's not what I'd call truckloads of fun, but it's not a terrible parody either. Just do yourself a favor and skip that video.

You know, today I found a dead cricket outside my door. I was sad, poor cricket. Probably singing me a lullaby last night and now he's dead.

So why can't these guys just disappear once and for all?! Seriously! Their job is not to support animal rights. They probably sit down and go all "Hm, I wonder who we haven't picked on as of lately. I know! Pokemon! I hear its making a comeback!".

I'm all up for animal rights. I really am. But these guys just...need to suck on a lemon and...gtfo. Their ideas and projects are asnine and I have yet to hear of them doing something useful and relevant for their organization.

I'm just glad not a lot of people pay attention to their campaigns. I mean, do you really think someone decided to NOT buy Pokemon because PETA told them not to? Ha!

That is all.
D

Well, it is true the Peta is more likely to kill animals then help them, so this is fairly accurate. Seriously , Peta has no right to exist. Not only is their message construded to not only the treatment of animals in captivity or on farms, but object to the concept of pets. They would rather all captive animals slaughtered then kept in the condition they are in.

Whoever is funding these guys is better off investing in something actually useful. They benifit No one besides themselves. I'd love to be proven wrong, but from what I've read, they are evil.

...........What is this? A Time Capsule? This is old news, Where were they during the imfamous Shiny Hunt of 2000? The Millions of pokemon that were killed and maimed in the search for the odd one that was different colour?

Where were you then, PETA!? WHERE WERE YOU THEN!?

I'm impressed after the backlash (no, need to go bigger, absolute public ruination of any public image they may have ever had) of their mario parody they had the balls to not only do another but do another aimed at Nintendo. It's getting to the point Nintie might actually be able to claim libel/slander

Less impressed that it's taking the side of Team Plasma since this implies PETA only want us to stop being cruel to animals by loving, feeding and giving them homes so that PETA can control all the PETA-mon and wage war with Reshiram and that... got a little away from me... 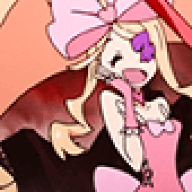 You're only 14 years late PETA. 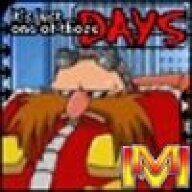 Ruler of the Eggman Empire

What was the old joke again?

How many PETA members does it take to change a lightbulb?

None, PETA can't change anything.
T

Oh look, PETA going after a game for some publicity, how surprising.
I'm pretty sure Pokemon doesn't promote animal abuse in any legitimate way. Moving along. 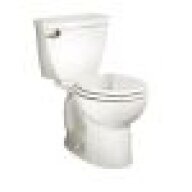 OH NO WONT SOMEBODY THINK OF THE DIGITAL ONES AND ZEROS!

THINK OF THE ONES AND ZEROS!

I thought PETA was for the euthenization of domesticized animals, not the freeing of them.

I'm disappointed PETA, haven't you ever watched the anime? Ash never puts Pikachu in his Pokeball. I expected more accuracy from you.

You know, I couldn't really help but see it this way when I watched the show as a kid. Not this extreme, but still, they're forcing animals to beat the shit out of each other.

Also, I wonder of there's a bonus scene at the end where the triumphant Pokemon go to PETA and are promptly killed because they're considered pets?

(Note: PETA actually does that. Their founder was a dog catcher with the highest euthenasia rate in New York.)

PETA, this is just redundant, even for you.

If you're going to troll, at least make it a good troll. The joke that Pokemon, as a concept, is really kind of fucked up, already happened around 7 years ago. I could at least give you credit for the Mario/Tanooki thing as I never saw it coming, but this... do keep up.

Heh, Pokémon really being a cruel world with horrible, brutal animal fighting 'sports' being a part of every day life. Haven't heard that one in a while.

Hey PETA! Maybe you should expand your repetoire with jokes about how Gary Oak's a dick, that it's really weird that Professor Oak can't tell if you're a boy or a girl and that everyone hates the cave sections. Seriously, start sending that shit in to Halolz, they love those really old, obvious, tired Pokémon jokes.
C

I'd attack fiction too but it's fiction which isn't real.

The best thing is how the "PETA-moves" do next to nothing, except lower/raise various stats.
I tried to play through it using nothing but "Protest" and it's likes.
I got massacred.

So remember kids, violence is always the answer. When those bloody trainers come around, use "Thunderbolt" and aim for the head.
PETA Approved!

Also there's Mudkip. You really didn't have to do that PETA. Even you could have stayed away from that.

I absolutely despise anyone who would hurt or kill animals for shits and giggles, like Michael Vic for instance, but with every new message that comes out of the PETAphiles, I find myself hating these self-righteous, human-hating nutjobs more. Every time I hear another story about them doing stuff like this, I get the urge to go to McDonald's, buy the biggest sandwich they have, and e-mail PETA a photo of me eating it, just for spite.
Show hidden low quality content
You must log in or register to reply here.
Share:
Facebook Twitter Reddit Pinterest Tumblr WhatsApp Email Link
Top Bottom