Pirates of the Caribbean: Dead Men Tell No Tales Being Held for Ransom by Hackers

At World's End was good! I really don't know why people keep crapping on the second and third PoTC's.
Click to expand...

For me it broke down to: Killing the Kraken off-screen between films(you know, the thing driving half the second film), a near incomprehensible plot at times(Sparrow switching sides every 5 minutes got old really fast) and the fact the finale primes us to expect the mother of all wooden ship sea battles and then totally pulls the rug out from under us on that, only to replace it with two ships having a battle/wedding in a whirlpool for reasons.

Did I mention the whole "Let's have a wedding in the middle of a whirlpool during a sea battle" thing? Because that was pants on head stupid, even for the movie it was in.

Pffff. They can fucking keep it. 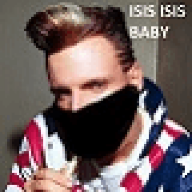 OMG!! Pirates got a hold of a movie about pirates!!!


4Aces said:
This is the same type of excuse used for such flops as the entire Resident Evil movie series.
Click to expand...


FalloutJack said:
Must be a publicity stunt. I mean, come on. Bitcoin? Why not ask for Monopoly money? It amounts to the same thing.
Click to expand...

In 2012, a Bitcoin was worth $15, now it's worth $1700.
Which version of Monopoly are you playing?
Also, Bitcoins are harder to trace, taking a ransom in traditional currency would get the hackers caught for sure.

It's Salazars Revenge, not "Dead men tell no tales"

Non-regulated fake currency is non-regulated. It's not real money.
Click to expand...

That doesn't matter. It's 'real' enough to be worth a ton and be used as money. Besides, you're not even completely right We've been fucking around with it what it means legally here in the EU for some time now for instance, trying to work out a regulatory system. The European Central Bank classifies it as a currency. A convertible decentralized virtual currency, but a currency. Japan recognises it as currency as well. Sweden does as well and regulates it. Even your own country recognises it as a currency in certain regards. I could name other examples if you want but I reckon you get my point.

You can get nitpicky all you want, but it doesn't change the fact that bitcoin has real economic weight and a real impact. Your Monopoly money analogy doesn't hold up, bitcoin is serious.

Clankenbeard said:
Well, The Escapist does cover movies. And they discuss computers/software. So, maybe this particular combination of movies and computer piracy was just enough to qualify the article for publication on The Escapist. Ransomware and medical information? That doesn't quite make the cut.
Click to expand...

Hmmm, but it's specifically taking out a part of a much larger news story to highlight only that, while ignoring the arguably more impactful side to the public.
Click to expand...

Are you referring to the NHS in England being hit by WannaCry? If so, I don't think this hack and the WannaCry ransomware story are related. This is threatening to release a movie for free if they are not paid the ransom. WannaCry just encrypts entire hard drives and threatens to leave them that way if the ransom is not paid. Different, unrelated stories that just happened to occur around the same time.

And ultimately the Escapist is an entertainment site, so covering games and movies and things related to them fits their subject matter. The encryption of medical records, even if a larger news story, is not really in their wheelhouse.

Selling shit on Ebay doesn't mean it's worth money. A lie is a lie. A sham is a sham. And brother, that's the shammiest.

Selling shit on Ebay doesn't mean it's worth money. A lie is a lie. A sham is a sham. And brother, that's the shammiest.
Click to expand...

What? No, it isn't. Governments are seriously discussing this, or sometimes even figuring out legislation and regulation, for a reason. Less-than-legal activities are done through bitcoin more and more for a reason. Again; countries have recognised this as a currency, either a traditional one or a new kind of currency. But it's recognised. It has value. You call it a sham, you call it 'not real', you call it Monopoly money, but reality is contradicting you 100%. There's plenty shady about bitcoin and other crypto-currencies, but that doesn't make them any less real. Real here being; having a tangible impact on the world.

Governments and non-governmental organisations might not yet fully agree what exactly it is, small wonder because it's new and weird, but the financial and political world already sees that crypto-currencies have tangible monetary importance. I don't get your argument anyway. People pay with bitcoin. People get money out of it. Those are facts.

Seriously, it's that big a deal that they want to hold it for ransom?

...Or are they just doing this because it's a movie about pirates?

At World's End was good! I really don't know why people keep crapping on the second and third PoTC's.
Click to expand...

Nice to know I'm not alone in that regard (well, "At World's End", at least. I don't like "Dead Man's Chest" quite as much") but I admit we're probably in the minority in that regard.

Though the first movie is still the best.

Oh, I'm sorry. Did you say less-than-legal activities? My, then everything's alright then, isn't it?

Oh no, not my derivative Pirates sequel... Whatever shall I do...

Sucks for the studio but they can absorb a loss like that.

Oh, I'm sorry. Did you say less-than-legal activities? My, then everything's alright then, isn't it?
Click to expand...

What's your point even, at this point? Dollars are pretty damn popular in the drug trade as well, does that change anything about the 'realness' of the dollar? No, no it doesn't. And did I even say that 'everything is alright' with crypto-currencies? No, I didn't either. Stick with the facts, son.

Could they, you know...actually kidnap the entire film and then just keep it? Please?

Because everything I've seen in the trailers makes this movie look truly terrible. :s

I loved the first movie, hated the next two, was willing to give them another shot after Stranger Tides...And now I just wish they hadn't gotten my hopes up again.


Arnoxthe1 said:
At World's End was good! I really don't know why people keep crapping on the second and third PoTC's.
Click to expand...

Because 2 and 3 felt more like "The Lost Magical Continent (Also starring pirates)" than an actual pirate movie. Curse of the Black Pearl and Stranger Tides felt like actual "pirate movies" that had black magic and stuff in it to add a bit of spice to it rather than be completely over-present.

That and they REALLY overdid a few things like that fight on the wheel that went on for at least 15 freakin' minutes to the point where it was no longer fun.

I mean, they weren't BAD movies, but they weren't great either. They definitely didn't live up to the legacy of the incredible first one, IMO.

You know my point. One's a dollar and one's a fake created from nothing, conjured from the aether. It's countefeiting.

You know my point. One's a dollar and one's a fake created from nothing, conjured from the aether. It's countefeiting.
Click to expand...

You know my point. One's a dollar and one's a fake created from nothing, conjured from the aether. It's countefeiting.
Click to expand...

No, that would be your bank data, based on real money. Not this. Sorry.

FalloutJack said:
You know my point. One's a dollar and one's a fake created from nothing, conjured from the aether. It's countefeiting.
Click to expand...

And that point is untrue nonsense as proven by reality. You can shout high and low all you want, the facts don't change. Your opinion doesn't matter here.

No, that would be your bank data, based on real money. Not this. Sorry.
Click to expand...

Don't hand me advice you should give to yourself.

Don't hand me advice you should give to yourself.
Click to expand...