Pixels - An Affront to Videogames and Gamers

Pixels - An Affront to Videogames and Gamers

Pixels may not wind up being the worst film related to videogames, but it's up there.

"Hey, we've got a cool premise and nice-looking special effects to go with it! How can we ruin it all? Oh, I know! Let's pick Adam Sandler, the guy who has, if we're being generous, FIVE good movies under his belt and a string of stinkers he's well-known for!"

a) Do you really believe this film deserves the 1.5 Stars?
b) People should be watching Raiders of the Lost Arcade to see this premise done right.

MATTHEW PARKINSON normally I'd again harp on what a wet towel you are in all your reviews, yeah saw this coming a mile away. A lot of people I know were excited to see this and I'm like "whhhy?". Adam sandler forgot how to be funny something like 15 years ago. I have idea how he still is making profitable films. Even the low common denominators are tired of him. Its a shame because Pixels has a pretty cool premise.

Everyone at work was desperate to see this movie.

I saw this coming a mile away. xD

RealRT said:
"Hey, we've got a cool premise and nice-looking special effects to go with it! How can we ruin it all? Oh, I know! Let's pick Adam Sandler, the guy who has, if we're being generous, FIVE good movies under his belt and a string of stinkers he's well-known for!"
Click to expand...

Unfortunately, no matter how shit, his movies bring in the dough. And that will always carry the most weight in Hollywood.
S

I know it's probably a dirty word around here, but just watch MovieBob's review. Damn, he tears this movie to shreds.
S

I, too, shall jump on the band wagon of "Saw it coming!" because yeah, I did. My friend sent this trailer to me the first time it showed up and he was stunned when I said, "Pass." Because everything about the trailer just rubbed me the wrong way. Reading this review, I see my gut reaction was right: these are the types of gamers that the world likes to dream up and make fun of. The types that have no lives, obsess over games and nothing else, and live in their parents' basement. When I heard one of the characters yell, "Look at me now, Grandma!" I knew there was no way I wanted to see this.

My suggestion is go watch the Futurama episode where this exact same thing happens. It's done much better in every way.

piscian said:
MATTHEW PARKINSON normally I'd again harp on what a wet towel you are in all your reviews
Click to expand...

You noticed that too? I thought maybe I was just imagining it. Glad I'm not the only one. There have been a few reviews where I was like, "Try to lighten up just a bit, okay?"

Do you think Sandler's ego has reached critical mass now? Someone should have stopped him a long time ago. Even as a young kid, I remember catching on to his "style" of self gratification in whatever disguise his next film took. Thing is a lot of ppl around me still like him and I just dont see how they dont see this pattern.
Sort of being new-ish to internet culture, I had no idea that other people shared this opinion. Confirmation bias is nice now and again.

There was a time a while back where I remember liking that Zoltan film, however...it was a time I recklessly used popular recreational-enjoyment-aids. So if that isn't an effective pro-sober message, nothing is.

I knew it was an Adam Sandler movie so it had to be a horrible, mean-spirited, sexist, racist, unfunny mess.

But I hoped this time that walking corpse would have a tiny shred of decency and not ruin this one movie. That it would be at least a "It was OK." movie.

But no, it's even worse than I thought it could be.

Seriously, that man could ruin any movie just by being in it

I remember the first time I saw the trailer for this movie. I was vaguely interested in the premise, then Adam Sandler showed up and I was like, "Oh... well maybe not." I was originally planning to see it anyway, but after MovieBob's review and this one, I don't know. I just... I don't know. 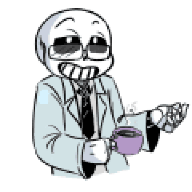 I'm disappointed you didn't get angry at the film and were actually just apathetic toward it, because angry reviews are just so entertaining. Case and point, this guy.

Also (thankfully), future Happy Madison productions seem to be finding a home as Netflix exclusives rather than staining cinemas. Please continue this, because I could not believe how many people packed into a theater to watch "Paul Blat: Mall Cop 2" weeks after its release. If you're going to do something as shameful as watching that film, please do so in your own home.

lacktheknack said:
Everyone at work was desperate to see this movie.
Click to expand...

How is that possible? Did they see the same movie trailer as me? By any chance, are they non-gamers looking for an excuse to laugh at gamers, because like Mathew, I felt downright offended just by watching the trailer.

My mom texted me a month ago to ask if I was gonna see this movie. I told her that I just didn't find Sandler funny so I wasn't going to go see it. Good to know nothing has changed. I'm really a bit surprised that he's still making films. Does anyone find him funny anymore?

What I still don't get (and maybe the movie explains it but I sure as hell will never find out) is why would they choose these guys to do all the games?

RealRT said:
"Hey, we've got a cool premise and nice-looking special effects to go with it! How can we ruin it all? Oh, I know! Let's pick Adam Sandler, the guy who has, if we're being generous, FIVE good movies under his belt and a string of stinkers he's well-known for!"
Click to expand...

Unfortunately, no matter how shit, his movies bring in the dough. And that will always carry the most weight in Hollywood.
Click to expand...

And that never ceases to amaze me! I mean, who the fuck are these people who honestly thought they are going to get entertainment from Jack and Jill?
D

So, i really hope that this movie does not come back to bite Peter Dinklage, guy is wasted when he is put in a movie with Adam Sandler.

Oh! I can't wait to see this movie! ...Oh wait... I'd rather see a supercut version of this movie with all of the special effects sequences involving the early 80s video game characters in it... That sounds pretty awesome to watch right now... Or I can just watch Tales of Interest II and be done with it... That can work, too...

Other than that, the last good movie I saw Sandler in was Top Five... and he wasn't even starring in that film... Plus, I was really hoping Dinklage would have be the best actor in this movie overall...

So, I saw this movie yesterday with my wife.

Over all, I think it was actually pretty good and I take a bit of issue with a lot of the criticism I see. Pixel's is obviously a movie for Gen X-ers (like myself) to take their kids to. The 80's references will make the adults chuckle and the amazingly cool looking CGI and special effects of the video game characters and fight scenes will keep the kids enthralled.

Also, I'm really surprised that some people don't understand that the movie is poking fun of some of the tropes that they are criticizing it on. For instance, the claim that Ashley Benson (Lady Lisa in the film) is a literal trophy - Come on here, the joke is totally "What would happen if a /v/ member met his waifu?" Is it funny? I dunno, that's up to you to decide, but that's the joke. The guy even has a dakimakura of her for christ-sake. It's not a use of the "woman as trophy" trope, that's just insane reaching.

Now, far be it from me to defend an Adam Sandler movie that isn't "Happy Gilmore", but I'm actually of the opinion that a lot of reviewers are overreaching in their attempts to just be salty about this film. It's fairly funny, it's competently acted and it looks as good as you would expect a Christopher Columbus movie to look.

That being said, I do agree that Sandler is phoning it in on this film just like he has in the last few he's done, but it's easily outweighed by Dinklage and Gad, with the latter being absolutely stand-out as the crazy conspiracy theorist buddy (and obvious 4channer standin).
Show hidden low quality content
You must log in or register to reply here.
Share:
Facebook Twitter Reddit Pinterest Tumblr WhatsApp Email Link
Top Bottom