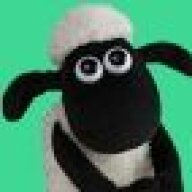 what is Morgan Freeman's nationality again? 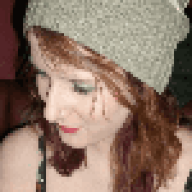 Middle Eastern. I'm only saying that coz Jesus was Israeli haha

Or possibly Chinese, since they're the oldest modern civilisation and God made man in his design or whatever.
I

God would be Italian because that is where the vatican is.

Black American, which is why I put that on seperately, despite the accusations of "racism" that were immediately shoved my way. 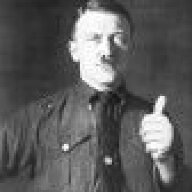 ManueleunaM said:
Believing in God and in His existence are two completely different things.
Click to expand...

I fail to see how. Could you explain how you could possibly have one without the other?
Click to expand...

If you believe in someone or have faith in them that means you trust that person will be there for you if you need him/her for example or that you believe in what they say. It's about trust mainly.

Believing that person exists is something different. For example: "I don't believe this Robert you speak of exists." Get it?

For example I don't like hearing people say they believe in the devil because that's the same as saying they trust in it or they believe in what it says. It might not be what they mean but it is what was said. What people really want to say is that they believe it exists.

You can acknowledge God's existence but trusting Him gets complicated since you can't see Him and life is basically shit most of the time.


Techno Squidgy said:
On a serious note, I don't believe in a anthropomorphic god. I feel if there is a god, it'd be more like an energy than anything else.
Click to expand...

You're probably right by the way. It makes more sense doesn't it, since almost everything in the Universe is basically energy, even if that energy is manifested in different forms. And if one follows the theory that everything is connected in the Universe that could explain how we are in an indirect way a part of God.
Click to expand...

Ah, this is just a case of you taking a different meaning from the use of the word believe to me. You mean believe as in trust, whereas I mean believe as in acceptance of a possibility. To me believing in a god and believing in said god's existence mean the same thing.
I understand where you're coming from now.
I assume you yourself believe in the existence of a deity?
Click to expand...

Yup I do. Some of the greatest minds of all time did so I thought I'd give it a try too. When you really think about a deity or group of deities existing and I mean REALLY think about it, it ends up making sense. Some people argue and say "Oh there's so much misery in the world where are your deities now pall? HA gotcha...me sure be smarts..me atheist now...cool kids all atheist...me atheist...me accepted...me hardcore intellectual go wikipedia! Bow down to the new mastermind of the universe (ò-ó) I have figured it all out". Trying to judge the actions or intentions of a being that is supposedly above you as being bad can't be very healthy on ones brain. All a person can really do is accept that whatever that being says or does is always more correct than anything our tiny monkey brains can conjure up.

I think people should at least acknowledge the existence of one or two or something. It doesn't hurt if you don't use it as an excuse to kill people or hurt other humans or animals or whatever in any way. And imagine there's nothing after you die. Who cares? You're dead...you won't regret believing in anything will you? Yeah many religious institutions like the Catholic church are filled with hypocrites but that's something human made. I understand not all people are dumb and close minded like the one that I portrayed in the last paragraph, some have deep seeded traumas due to horrible experiences concerning members of some kind of church or some other reason to not want to believe in anything. That's why I try not to give into the temptation of wanting to "convert" anyone. I just try to advise people on some stuff. No bad intentions intended. I don't think I'm perfect, I'm actually kind of a prick most of the times so don't think I'm some smug moron trying to show everyone who's best.

Long answer huh sorry about that. I get carried away on stuff I think is important. Topics like this stimulate thought so I consider it important. Imagine trying to figure out where God came from or who started the universe, since it seems to be in an endless loop...there's always a beginning...and who was there before the one who was there before God and before that? And so on.

Right now all I want is to go get some dinner and then go to bed. It's way too fucking hot to be discussing the Universe and God and all that jazz. Yeah, right, because BLACK AMERICAN is a nationality...

-Hey, where are you from?
- I'm from Black America. 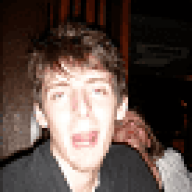 Israeli. Jesus is an Israelite and civilisation was born in that area as were many of the world's religions. It's likely that he's from that area.

If you're asking for ethnicity rather than Nationality which I suspect you are, seeing as you distinguished between white and black (African bud) American (but not Asian or Hispanic?) I'm going with either African or Arabic/Middle Eastern.

He isn't Caucasian. It's the youngest ethnicity, most likely, due to the mutations required and the distance from the site of the birth of humanity to where Caucasian people are from. 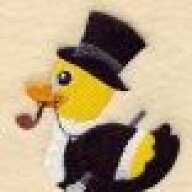 As we all know Morgan Freeman is God so the answer is quite clearly Black American..

Anyway, it would probably be a burning bush, as a Jewish boy named Jesus.. I mean who knows its God, its allowed to be whatever it needs or wants to be..

I think the only common descriptive phrase we can give to God is: awesome hair management, that beard is so cool.. ahem..
B

Japanese. Who ever started Key Artworks.
British. Jason Statham.
American. Guy who played Hannibal in the A-Team.(not the movie)
Canadian. Deadpool. ( i know, i know, i dont care) 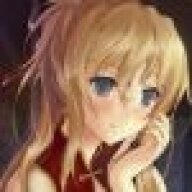 Oh, I don't know about that. He did create the platypus, after all. No one can look at that thing without going "WTF?", or at least until it stings them.

International, like Megaman and anybody else from that unnamed city in MM7.

So if all men everywhere up and vanished, human life would flourish?

OT, Estonian, just to mess with us.
Click to expand...