Sovvolf said:
Wanted to go with "Batman as written by Jeph Loeb" but that wasn't an option sadly. So I went with the Nolan works cause they're the ones closer to the Loeb comics and I think Batman: The Long Halloween is the best Batman comic written.

For Frank Miller, you know I can't really say too much for his work, yes I thank him for pretty much reviving Batman but he's only done two good comics with the Batman character and they were Batman TDKR and Batman Year One. Good books but not quite as good as Batman when written by Loeb.
Click to expand...

Wait...
Loeb *Fistshake* did something other than single-handedly ruin the Ultimate Marvel universe beyond repair?
Click to expand...

Yeah, he and helped save the Batman universe and wrote some of the best comics based on Batman along with some of the more influential.

I'm going to go with the '98 Kevin Conroy, although that's because the Rogues' Gallery had an extremely cool redesign for that series. Batman always seemed like the least interesting character in every Batman story.

The Batman from the animated series. Maybe it's because that's how I first got into Batman, but I still think he is the best one. The one from the Arkham games are great, too. 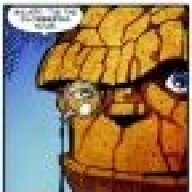 I recently found the '93 series being played on Teletoon Retro and have been soaking in it, so my opinion may be a little biased with nostalgia. In it he's just non-stop badass and from what I can remember it carried over to the Justice League cartoon.

Let me put it this way: there's a reason Kevin Conroy has been nearly all versions of Batman's voice for nearly 20 years.
T

The animated series was the best interpretation of Batman. None of the others really showcased the detective aspect of the character quite as well. Plus, as mentioned before, it had the perfect amount of grit.

Nolan's movies are great, but I've lost patience with him refusing to put in any villains like Poison Ivy and other stuff like actually calling the Batmobile, the Batmobile. It's nice that he's taking Batman seriously as a character, but let's not forget you're making a movie about a man who dresses as a bat and fights crime. There's only SO serious you can go before you start to look a little silly.

And, of course, there's ALWAYS room for Adam West.

ProfessorLayton said:
The Batman from the animated series. Maybe it's because that's how I first got into Batman, but I still think he is the best one. The one from the Arkham games are great, too.
Click to expand...

I prefer the 90s cartoon Batman but, as long as its Batman I don't really care.

Batman will always sound like Kevin Conroy in my head.

I think Batman only truly works with grit. It doesn't have to be a lot of it, for example I think Nolan has too much, but there's a reason Adam West isn't canon, while it's entertaining, it's just not Batman. I guess I don't really know where that fits on your poll.

2QUAR3D said:
I don't mean any offense, but I agree with Yahtzee's quote in Arkham Asylum: "Batman is the least interesting character in anything he's in".
Click to expand...

I have to agree with this. It's all about the villains for me. And for that I prefer the Arkham games Batman. 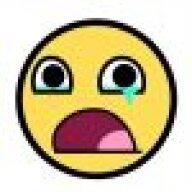