So, Penguin. It's a little bit 'stock henchman'-esque, but not too likely to result in my death or having to post stupid riddles everywhere. 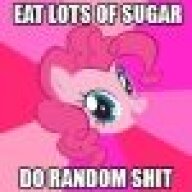 Obviously, but some of them would be less "eager" to sacrifice their henchmen. Perhaps Ra's Al Ghul would be the most merciful, at least that's the vibe I get from him in the old animated series of batman.
Click to expand...

not really he views his subordinates as disposable as the rest of the rouges gallery, in fact his men are fanatically loyal to him and marter themselves like suicide bombers,plus if you fail him your going to which that batman kills,

R'as Al Ghul seems least crazy. Not saying much though.

The Riddler. He seems the least likely of the bunch to get you killed. Besides I'm pretty sure him and Penguin have gone legit in the comics anyway. 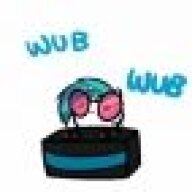 Nerdstar said:
if survivability your bag go with the riddler his henchmen live longer plus his crimes are mostly white collar in nature(aside from a few elaborate rube goldberg deathtraps)thus decreasing your chances to be brutally brutally murdered
Click to expand...

ON the downside you would have to constantly kiss his ass to help him with the whole raging inferiority complex.
T

If given the choice of who I'd like to BE, then I'd say the Joker, hands down.
"Open the door when you hear her knock three times."
"That's it? That's all you need me to do?"
"Goodness, man! Look at the size of that cake! You don't expect her to open the door all on her own, do you?"
Cookies if you know the episode.

OT: Ra's Al Ghul, definitely. He's kind of like the Moriarty of the Batman world, at least he was in The Animated Series. The man was a genius, not to mention sophisticated, polite, and generally interesting to talk to and be around. Not only that, but the man just wouldn't die. Who here remembers the Lazarus Pits and his old plans involving them?

While Poison Ivy is hot, I doubt she'd sleep with any of her underlings. So riddler. Riddler is awesome, he's my favourite Batman villain. Plus he's less likely to kill me.

Alfador_VII said:
Mr Freeze, because I like ice cream, and who doesn't like coming up with the 4000th ice-related pun of the week?
Click to expand...

I can only imagine his lair has a board somewhere in it reading: "IT HAS BEEN ___ DAYS SINCE LAST PUN-RELATED SACKING".

I wouldn't normally...
They'd work for me.

But if I have to, I guess whichever gives me the best offer. 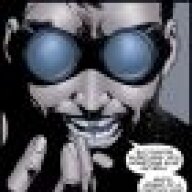 The actual question here is "Which Batman villain would you have the best chance of surviving gooning for?" And I'm going to go for The Penguin. He's all business so if he murderers you, you probably genuinely screwed up and deserve it. But on the downside you will have to fight turf-wars against the more psychotic other gangs. So Yeah.

I so want a Saints Row: Gotham Edition game.
E

Two face, he'd be the easiest to backstab. The joker would kill me before I got the chance, and the riddler would be too smart to fall for it.
R

NOT Joker. I just don't know how that guy even still has henchmen at this point. His number one henchwench, Harley Quinn, would do virtually anything for him and he still treats her like crap and tries to kill her now and then.

Penguin would be a safer bet. While I don't think this is because he's a nice guy or anything, he at least is sane (mostly) and has realistic goals (usually). So long as you do a reasonably good job at taking punches from Batman you shouldn't have much to worry about from him.

It's really just a case of 'how do you want to die?' 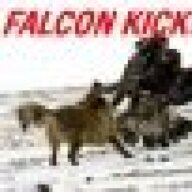 Joker: He would have to be my number one choice simply because I admire his overall badassery (In the Dark Night at least) , his way of eliciting laughter from me as I partake in horrible situations... and his spiffy suit

Two face: I would gaga every time I saw the left side of his body, Which would most likely get me a 45. round to the dome. (Without a coin toss)

Riddler: I agree, you probably have the longest life expectancy with Riddler, but in my opinion he is probably the craziest of the lot, since he uses human life just to prove his intellect.

Scarecrow: I think I will pass, simply because of the off chance of me catching A whiff of his "your worst fear inducing gas" unless I had a gas mask, Then I would hesitantly oblige.

Poison Ivy: She gives me a PETA vibe

Penguin: He is not so much as crazy, as just a enigmatic business man, which would probably pay well but would be relatively boring.

Ra's Al Ghul: He has an extremely attractive daughter, A great ninja training program and 100's of years worth of experience. Except he wants to destroy most of humanity... Well... Shit

Your amazing if you got my horrible "gaga" joke <3

CD-R said:
I'd probably end up working for Poison Ivy. Not because I'd want to or anything it's just because she's Poison Ivy.
Click to expand...

Oh, you would want to after she got her hands on you.
OP: Poison Ivy. She would brainwash me and sacrifice/test on me at the drop of a hat. On the other hand, she is really hot. I regret nothing. 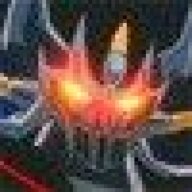 It's easily between Riddler and Ras, leaning more towards Ras personally. He's smart enough to actually think things through and doesn't seem to send his henchmen into situations where they have a decent probability of failure. low mortality rate, ninja training, pays well, might be able to gain access to a Lazarus Pit just in case

Probably Catwoman, seeing how she's probably among the sanest of Batman's Rouge's Gallery.

Either her, or the Riddler. Or the Penguin.

Screw that, im joining my own team, team Shaun, we serve cookies and pepsi max 24/7 on weekends and kick evil butt anytime else.
M

Don't forget that if you work for the Riddler your own boss will constantly be informing Batman exactly where he'll be sending you, so face-punch chances are pretty high. At least with Al'Guhl Batman might be too busy 'arresting' Talia to get around to punching you.
Show hidden low quality content
You must log in or register to reply here.
Share:
Facebook Twitter Reddit Pinterest Tumblr WhatsApp Email Link
Top Bottom