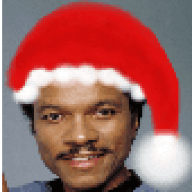 First off, my answer would be no. The only thing that could make me say yes is that I would have to use that money to help other people but even then, even though its for the greater good I couldn't. Second, I find it cute all the people who said yes. Sure, your dad might have been a dick, sure you might think of yourself as a horrible person, but I doubt any of the people here would be able to succumb to murder, even for a million dollars. But still, its cute 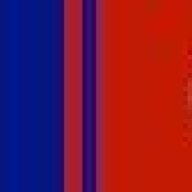 I honestly don't know. Is having one extra family member worth that much financial hardship? A million dollars can make quite a difference in the long term if invested effectively. Imagine not having to work day in, day out, just to stay alive, only to die eventually anyway. After all, our life is the only life we get, and we might as well do whatever we can to enjoy it as much as possible. How often is one presented with such an opportunity?

On the other hand, on contemplating death, it seems cruel to wish that upon someone else. I would not classify it as murder because it's indirect, but it's still malicious to a certain extent and it's willingly allowing someone to die. Cessation of consciousness is not something I would want anyone to go through, and certainly not because of a decision I made. It would feel as though the money I "earned" would be blood money and, having never known someone who has died, I have no idea how I could deal with that.

So I don't know. There are arguments on both sides, and pretending otherwise is dishonest.

I would ask where this guy got his assets, to me that seems more interesting.

My mother and sister are worth more to me than all the gold on this planet. My answer is no. 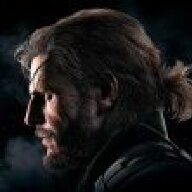 As awful as some of my family members are, nothing they have done is truly deserving of death. The good things they have done outweigh the bad stuff. As such, I wouldn't push the button.

Considering its just going to turn out to be some socioligists experiment? No. 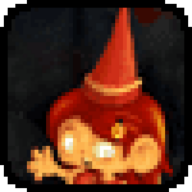 No. But for a rather different reason though.

I would never believe that button could even do either one of the two, so since that would be my train of thought, I would completely ignore the guy and his button. If for some reason this was somehow common technology in this world, with guys on every corner having a button to casually give you money for killing off a family member, then I seriously don't know what I would do, simply because in that world there would be a good possibility that my values would be entirely different.

Can I press it twice to get 2 million and inheritance?

For serious though probably not, but maybe I'd go back there when they were getting old. 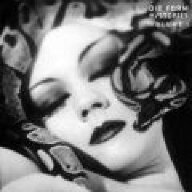 tippy2k2 said:
I would not do it for any amount of money.

Even if you switched it up and said that it could be anyone in the world, I wouldn't press the button. Just because I'm not killing them with a gun doesn't mean I'm not pulling the trigger here...

Short of knowing that the button pressing would kill some death row psycho or something similar, I would never push that button.
Click to expand... 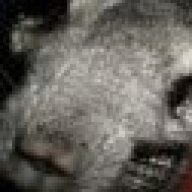 Yes, I'd push it. I'd push it multiple times. My mother was emotionally abusive, my father was unmedicated bipolar and also physically abusive, my sister was a spoiled little *****, and my brother was the type of person who thought physical threats were the way to make friends. I hate them all, and I would gladly push the button to get rid of them. Hell, I'll do it for free if it means I won't be incarcerated.

DugMachine said:
For a million? No. Not even for a billion. Now.. if I could CHOOSE which family member that's a completely different story. But random? The risk is too high no matter how much money.
Click to expand...

this, plus i am curious if you mean blood relation or legal relation 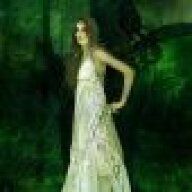 It may be cliche, but I simply wouldn't because I don't think life could be less important than money. And the obvious fact that its entirely selfish.
However, in a utilitarianism way of thinking, perhaps if there was a situation where the money could save the lives of multiple people (pay for their surgery to live or something like that)then perhaps it could be morally justified. Even so, I don't think I could live with myself after I did it. 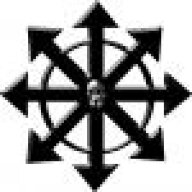 I would push it as many times as I can and throw away the money. The world needs fewer humans in it.

No, I wouldn't. Ten million would tempt me, and I'd do it for a hundred million.

If it were a random person anywhere in the world, I'd tap it six or seven times. People die almost every second for any or no reason... it's not that much of an impact, and first and foremost I would put that money right into saving the lives of six or seven people to karmatically balance the action.

It's said people are just as happy whether they be rich or poor. Studies have been done on 'synthetic happyness' that being said I do believe one million would make me happier, however lifelong guilt sounds kind of shitty.

If it would be either of my parents... If I push twice do I get two million?

Flutterguy said:
If it would be either of my parents... If I push twice do I get two million?
Click to expand...

I like the way you think. It's a shame I only have one brother, so 3 million is all I could get.

Anyway, no, I wouldn't push that button, that's not really a dilemma if you ask me. Maybe if I could choose who would die...

Flutterguy said:
If it would be either of my parents... If I push twice do I get two million?
Click to expand...

I like the way you think. It's a shame I only have one brother, so 3 million is all I could get.

Anyway, no, I wouldn't push that button, that's not really a dilemma if you ask me. Maybe if I could choose who would die...

Thing with me is, if I push it three times and get my mother, sister and her son - my three closest relatives - I also inherit their combined estates of around 1.5 million, so I get like a 50% bonus package deal.

Jokes aside; No. I love my family. Truth be told, I'm more likely to try to deck the person suggesting it[footnote]The one in the scenario, not you, RJ[/footnote] than press the button. The idea is that anathema to me.

Nope. Really wouldn't lose much sleep over this, heck just last month my family narrowly missed out on possibly becoming overnight millionaires so even the sensation of missing out on big life changing amounts of cash wouldn't be new to me.
Show hidden low quality content
You must log in or register to reply here.
Share:
Facebook Twitter Reddit Pinterest Tumblr WhatsApp Email Link
Top Bottom