Ready Your Wallets For the "Not On Steam Sale " - UPDATED

Ready Your Wallets For the "Not On Steam Sale " - UPDATED

The Not On Steam Sale is a fantastic collection of more than 35 indie games that you just can't get on Steam.

Steam is home to an awful lot of great games, but not all great games are on Steam. Because of that, they often tend to be overlooked; Steam is just so easy, convenient and well-stocked that a lot of gamers just don't bother looking elsewhere. But the Not On Steam Sale that went live today isn't quite so easy to ignore.

The name of the sale says it all: It's a whole bunch of indie games that aren't on Steam, brought together in one place and put on sale. It's not a bundle - each game is priced individually and you can buy as many or as few as you like. Some of the markdowns are fairly slight while others are cut more dramatically, and one is even free.

A few highlights: Race the Sun, a high-speed 3D racer, on for half price at $5; Vox, also half-price at $5; MouseCraft, currently in beta and available as "pay what you want"; Cute Things Dying Violently, one of the more self-explanatory games on the market, which is actually free; and Girls Like Robots, which is both tougher and more charming than it appears, at half-price - and you guessed it, $5. Most of the games in the sale are also on Steam Greenlight, and voting links are provided.

The sale was actually inspired by the "launch experiences" of Aaron San Filippo, co-founder of Race the Sun studio Flippfly. A blog post [http://flippfly.com/news/going-indie-5-lessons-i-learned-from-aaa/] about those experiences helped draw attention to Race the Sun and push it to the top of the Greenlight list, and this sale is the studio's way of helping other indies increase their visibility as well - and earn a few bucks in the bargain. The Not On Steam Sale is live now and runs for one week.

Source: Not On Steam Sale


UPDATE: The Not On Steam Sale has been growing since it launched and now, with a little less than five days remaining, is up to 60 titles, all 25 percent off or more. Highlights among the newly-added games include I Get This Call Every Day, Real World Racing and my favorite of the bunch, Marvin's Mittens. If you didn't see anything you liked the first time around, it might be worth giving it another look - and keeping an eye on it until it's over.

More like the "couldn't get through Greenlight" sale. Mousecraft looks pretty decent, but other than that I'm having a hard time falling in love with any of these games.

Wasn't Girl's Like Robots an [adultswim] game? Hardly an indie title since it was developed by a time warner subsidiary company.
S

Is this entire indie collection just to show steam in a bad light?
Are they piggy back riding on steam' good name and popularity?
Is this a bunch of indies that got turned down by steam?

That's atleast what I think when I look at that name and the website.

aw come on do not get toxic. its a quib at steam not a declaration of war. just because the games have not yet greenlit does not mean noone wants them.

Ok, can someone who knows more about those titles help me out here?
1. WTF is The Yawhg supposed to be?
2. The video for ring runner says there is a demo but I can't find it on the developer's page?
The other stuff didn't pique my interest... interesting concept, maybe they'll at least get some greenlight votes.

Sofus said:
Is this entire indie collection just to show steam in a bad light?
Click to expand...

No, it's a way to draw attention to a bunch of indie games that are slowly working their way through the Greenlight process. The whole thing started with Race the Sun, a simple but really good game that was stuck in the depths of Greenlight. A blog post about the process by its creator attracted a lot of attention to the game, people started playing it and it very quickly began rising through the ranks - it actually got the Greenlight today. So Flippfly (the indie studio that made it) decided to try to do the same thing for others: give them some exposure, get people playing the games and hopefully help get them through the Greenlight process. It's not an anti-Steam thing at all - if anything, it's a pro-Steam effort on behalf of developers who have been excluded because of an arbitrary voting process.

Mousecraft is the only game I purchased because its the only one that showed promise to me.

I can guess why they haven't made it to Steam. I wish the best of luck to these indie developers, but I won't be buying any of these.

After watching all the videos, I can honestly say they all look like shit, I can appreciate the hard work that went into making these games but they really look like shit

It's the hipster sale.

Shame I can't actually find the supposed demo, otherwise I probably would have cared.

More like the "Valve choose games that aren't done over these completed games" sale.

When I saw Death Inc get Greenlit a week after the company shut down I truly gave up on Greenlight. There should be some qualifier for a game to be greenlit like, I dunno, having a company that exists to make the game.

On an unrelated note, Steam made me chuckle the other day when I saw Daikatana up in the store.

Aces Wild is an excellent brawler and anyone who's a fan of brawlers should grab that game. Other than that none of the other games interest me thus far. 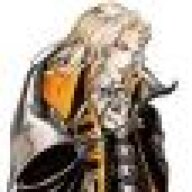 And go with what, 3D? I think it looks alright. It's not like many other Metroidvania's were make in any other style.
E

KeyMaster45 said:
Wasn't Girl's Like Robots an [adultswim] game? Hardly an indie title since it was developed by a time warner subsidiary company.
Click to expand...

No, it wasn't developed by Adult Swim. Girls Like Robots was developed by PopCannibal, a one-man (plus contractors) developer. Adult Swim published it on iOS.

Wow, what the frackity frack is this site? looks like I got a new book mark. Thanks again Andy. I'll have to take a look here when there is something that really catches my eye on greenlight.

Just finished taking a look. Not too much I'd be interested in except maybe Leviathan or Loren amazon princess. Maybe Full Bore.

More like the "Valve we choose games that aren't done over these completed games" sale.
Click to expand...

Looks like some got through the popularity contest that is Greenlight after all so good for them.

More like the "Valve we choose games that aren't done over these completed games" sale.
Click to expand...

Looks like some got through the popularity contest that is Greenlight after all so good for them.
Click to expand...

I'd still have to say that Valve chose to put incomplete games over completed games. Yes, we voted for the games, but Valve can choose to not Greenlight games that probably won't see the light of day.

"We" voted for Death Inc. The company went out of business. Valve choose to Greenlight the game anyways.

"We" voted for Shadow of the Immortals. The game's Kickstarter failed twice, badly and is currently on hold with no means of funding. Valve chose to Greenlight it still.

That's my problem with Greenlight. In the end Valve still curates the Steam library with Greenlight and Valve can choose to not Greenlight games that, frankly, won't see a release. Period. They could instead Greenlight a game that is at least close to done or done. The current Greenlight proccess isn't that good and open for indie devs if they are constantly being slighted due to simple votes. There seems to be a lack of critical thinking when it comes to Greenlighting games.

Why bother Greenlighting a game that has no chance of being made at all over a game that's also popular with voter, but actually done or close to done.
I

Demo here: http://www.winterwolves.com/lorenamazonprincess.htm
Uhm...morbidly intriguing.
Hardly the next Betrayal at Krondor that it promises at first -- surely not in taste or in writing quality. Combat and character systems are serviceable, but beyond that gameplay is limited to choose-your-own-adventure choices and pick-your-personality conversation, though at least these can get a tad more complex than "saint or asshole".
There's a "less trashy" setting if you have that much shame.
Show hidden low quality content
You must log in or register to reply here.
Share:
Facebook Twitter Reddit Pinterest Tumblr WhatsApp Email Link
Top Bottom