I don't care what anyone else thinks, my favorite Command & Conquer game is, and probably always will be, pulled the plug [http://www.amazon.com/Command-Conquer-Renegade-Pc/dp/B00005N7YM/ref=sr_1_4?ie=UTF8&qid=1327945905&sr=8-4] on Tiberium, another shooter set in the C&C universe, but the launch of Renegade X: Operation Black Dawn has me feeling a little better.

Renegade X began life about five years ago as an Unreal Tournament 3 [http://www.amazon.com/Unreal-Tournament-III-Pc/dp/B000GRB4G6/ref=sr_1_1?ie=UTF8&qid=1327945998&sr=8-1] mod and is now being developed as a standalone release. The focus is primarily on multiplayer but in mid-2010 the team decided to release a short single-player campaign as well, which eventually led to Black Dawn. At an estimated one to two hours in length it's undeniably brief but still boasts a "ten-part campaign, custom cinematics and fantastic gameplay."

Here's what you'll need to run it:


It's a hefty download, weighing in at a little over three gig in total, but the launch trailer looks pretty sweet. A release date for the full multiplayer version of Renegade X hasn't yet been announced, but you can stay on top of the situation at renegade-x.com [http://www.renegade-x.com/site/].

Ooh, i have something to do this weekend then.

It shouldnt be too hard to outdo its predecessor, and with luck EA might warrant a full FPS sequel in the franchise.

Might give this a download when I get the internet back on friday. I've always wondered what a C&C FPS game a la battlefield (Vehicles, static objectives, artillery/support powers etc) would be like. I missed out on Renegade when it was fresh so I hope EA are paying attention, even if I am a little reserved about their business practises of late.

4GB of RAM recommended? Why is this game eating RAM? What's it's deal? I mean, I have 12 gigs, but still.

Gird your loins for C&D from EA, fan community.

Do want, will be downloading as soon as I'm settled in my new place.

The main thing I remember from C&C Renegade:

I think she's pissed at me
KABOOOM!!!
Yep, definately pissed.

Decent shooter though, makes me all nostalgic for the days of Run'n'Gun.
T

I suppose it has potential, but I wonder how this game can be considered ready for release... let alone feature "fantastic gameplay". 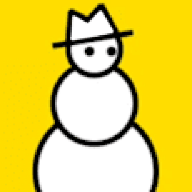 Been watching this game for years, downloaded on launch day, been trying to install the damn thing since. Finally got the installed to load...had to disable UAC and wait half an hour or so after clicking for it to open. Can't wait to play it

edit: finished it, was alright I guess. A few graphical glitches, fairly dodgy AI, but otherwise a reasonably good experience. I'm more concerned with the upcoming final multiplayer release which judging by the earlier beta and all the improvements here should be pretty fantastic.

Fan-made games are such a shot in the dark. Some are brilliant, some are complete garbage. More often than not the latter, unfortunately. Haven't tried Black Dawn yet, a three gig download will literally take me days to finish, but I'll get on it eventually.