20 hours in and loving this game! (Hardcore mode / Wild Wasteland for the win!) It is the game I wished Fallout III would have been. 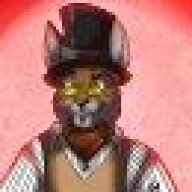 I only have two things to say

Boo for still not adding the eye patch as a lootable item. 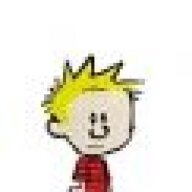 I'm 27 hours in, so far no game breaking bugs. Still seeing creatures trapped in landscape, but that's okay. I agree that NV is not the "next Fallout" or has progressed in any way; it's just more Fallout. Which for me is fine, since I loved F3.

So far no base of my own to keep items, which sucks. No companions. Character is level 15. Where's a place I can call my own, keep stuff in containers, and where's some companions?

I don't care for the new crafting system. It's a bit confusing, and you don't have the convenience of formulae you can call up with your Pipboy to see what ingredients you need. They should have kept the old system, and if they wanted to apply skill level requirements, just add it to the formula's. (also, has anyone seen the Rock-It Launcher? If they took that out of NV I'll be pissed, I loved that weapon in F3, heh).

It's hard to tell the difference between magazines (which give you a big bonus, but only for a short time) and books (small permanent bonus). As an avid player of Fallout3 I remember the books by title, but a new player would have some problems.

Hardcore sounds good, but the ammo-has-weight is a killer. I'll try hardcore when I play a melee specialist . 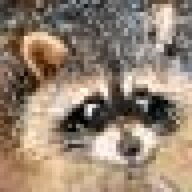 not a very good review, it failed to mention all the obvious bugs and that it was much smaller than 3. it was more like a commercial than a review. but to be fair i still really like the game 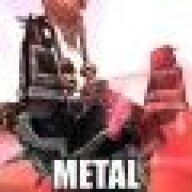 what i love the most about it is the factions. It adds more strategy and planning to what you do and who you do it to. 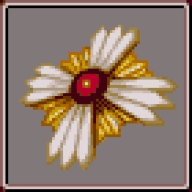 First off, the invisible walls they've conveniently put at the top of every hill in the damn game are annoying. I didn't battle my way up there with their stupid inability to jump near walls for nothing.

Second, I'm put off by this massive number of factions. Some may like it, but personally I enjoyed Fallout 3 because it resembled a a post-apocalyptic world more simply without all these groups. You were actually able to do things without much fear of repercussion. New Vegas essentially just rerolls the dice and sets up new groups with power so you have to tiptoe around if you don't want to upset one group and their competition, etc.
-I'm tempted to do what I ultimately did in each Elder Scrolls - kill every member of every faction for being pompous.

The new armor thing is really making Deathclaws a menace, as well as actually making Giant Scorpions something to fear. And for all the tough talk Hardcore mode is super easy with the exception of your (brainless) companions dying.
Show hidden low quality content
You must log in or register to reply here.
Share:
Facebook Twitter Reddit Pinterest Tumblr WhatsApp Email Link
Top Bottom