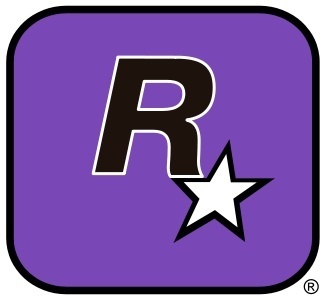 The wives of several Rockstar San Diego [http://www.rockstarsandiego.com/] employees have banded together to write an open letter decrying what they say are deplorable working conditions at the studio, a move more than a little reminiscent of the famous EA Spouse from a few years ago.

Remember Electronic Arts [http://ea-spouse.livejournal.com/]. A lawsuit against EA was eventually filed and settled, with nearly $15 million paid to programmers at various levels and sweeping changes made to the ways employees were classified and paid overtime. It was big news at the time because it promised to dramatically alter the working conditions for rank-and-file programmers, artists and other employees at major publishers.

But it's beginning to look like history could repeat itself, if an open letter written by the "Determined Devoted Wives of Rockstar San Diego Employees" is to be believed. Posted on Gamasutra [http://www.gamasutra.com/blogs/RockstarSpouse/20100107/4032/Wives_of_Rockstar_San_Diego_employees_have_collected_themselves.php], the letter accuses the Rockstar San Diego studio of perpetuating a stressful, degrading work environment that's beginning to take a physical toll on employees.

The situation apparently began to seriously deteriorate in March 2009 when the studio went into "crunch mode" on Red Dead Redemption [http://www.amazon.com/Red-Dead-Redemption-Xbox-360/dp/B001SH7YMG/ref=sr_1_1?ie=UTF8&s=videogames&qid=1279054769&sr=1-1], a high-intensity phase of development it's maintained ever since. Employees are now working at least 12 hours per day, six days a week, yet the letter claims they are being increasingly disregarded and dehumanized by management.

Benefits have been steadily reduced, salary increases have not even kept up with inflation and bonuses are not guaranteed and could be cut at the discretion of management. Perhaps worst of all is the rumor that because of the dire straits at Take-Two, Rockstar San Diego will be shut down once work on Red Dead Redemption is completed.

"Instead of valued employees, a sentiment grows that they have lost not only the sense of being valued but turned into machines as they are slowly robbed of their humanity," the letter says. "The managers at Rockstar San Diego continue in their dishonesty, pushing their employees to the brink promising temporariness fully equipped with the knowledge of another deadline just around the corner."

The veracity of the letter is impossible to verify but many of the follow-up comments, including some from current and former Rockstar San Diego employees, seem to verify that the claims being made are entirely true and unexaggerated. At least one commenter, however, added that in spite of the troubles, he remains proud of the work and of the studio itself. "When it's all said and done, I love my studio, I love my game, and I love my team, and I wouldn't give this up for the world," he wrote. "I just would like to see things improve for all of us, including our management."

Erin Hoffman, who was eventually revealed to be the aforementioned EA Spouse and now sits on both the International Game Developers Association [http://www.igda.org/] Board of Directors and its Quality of Life Special Interest Group, said that part of the problem stems from the fact that Rockstar has consciously maintained an "internal culture" that's separate and distinct from the rest of the game industry.

"As is pointed out in the comments of the Rockstar Wives post, Rockstar itself worked to stay separate from the game industry," she wrote in an email to The Escapist. "Their internal culture was intense, for good and ill, and so when the rest of the industry stepped up and addressed a lot of these issues post-2005, Rockstar lagged behind. The Wives post is therefore a reckoning that's been a long time coming."

"Speaking as an individual (not for the IGDA!), I do not think that anything short of a lawsuit can fix these companies," she continued. "The fundamental problem with large companies is that there are too many jumps from the guys calling the shots to the men and women actually engaged in development. The only thing that gets their attention is a multimillion dollar lawsuit. They simply have no other incentive to change. Some Rockstar employees have said that they received threatening letters from Rockstar's lawyers when they complained about working conditions internally, and if that's the case, it's even more important for them to know their legal rights."

One of the difficulties in challenging the entrenched Rockstar culture will no doubt be the fact that despite the pressure and demands, many of the employees at the studio love what they do and are thus more prone to put up with unfair working conditions without complaint. Still, Hoffman said the industry has changed considerably over the past half-decade and noted that there is far less tolerance for overworked and underpaid conditions now than there was in 2004.

"In 2004 there was a large sentiment from within the industry that there is no problem and developers should sit down and shut up - we're seeing almost none of that now, and that's a major educational and ideological victory," she said. "Most developers now understand what the broader software industry learned a long time ago: That these kinds of deathmarch hours are just plain stupid for everyone involved."

The Rockstar Wives made no specific demands in their letter but promised that legal action will be taken against the studio if the situation remains unchanged "in the upcoming weeks." With Red Dead Redemption scheduled to ship at the end of April, however, Rockstar may not be inclined to take its foot off the gas just yet. 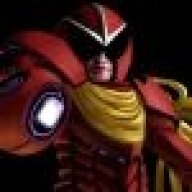 One of the things that most concerns me as I pursue a career in game design is how the employees of AAA companies are treated, so it's always good to see someone trying to change that. Even if Rockstar is lagging behind so far as employee treatment is concerned, it still sends a message to the industry that taking advantage of employees will not be tolerated.

Why increase their benefits when you can just sack the lot of them after the game ships? Isnt that the norm in this industry now

Big brother is watching you....

Getting threatening letters from lawyers for complaining about your sub-par working conditions? That's fucking outrageous! Is striking legal in America? Those guys need to get their asses into a fucking picket line, pronto!
E

This from Rockstar of all people? I am highly disappointed. I considered Rockstar to be part of the high society of game developers, the royalty, if you will. Oh, wait, such people do tend to mistreat and exploit their workers. That makes sense then.

Still though, I expected, and still expect, better. Rockstar employees deserve higher quality jobs for the high quality games they produce. And Red Dead Redemption had better not be harmed by this issue. I'm counting on this game to be awesome.

The dilemna here, is that I'm starting to think that the sheer detail and brilliance that comes out from the Rock Star studio's games is from the pressure that the employee's are put under...

Yes, I don't want game developers to suffer from peer pressure and whatnot... but at the same time, it would be a little bit of a shame if the quality of the game itself was reduced.

edit: that said... higher morale often means better work quality... who knows . Point of the matter is, despite the possible side affects, I certainly think that employee's in ANY industry deserve good quality and suitable work comfort. 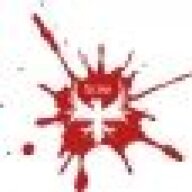 That's what she said

Thanks for covering this! We've been talking about this over in gaming discussion ( http://www.escapistmagazine.com/forums/read/9.166727 ) and Gamasutra ( http://www.gamasutra.com/blogs/RockstarSpouse/20100107/4032/Wives_of_Rockstar_San_Diego_employees_have_collected_themselves.php ) where several employee's under pseudonym have spoken out.

As consumers we can't really do much. I suggested simply not buying the game, but Code Monkey (an incognito R*SD employee) assures me this is not what the employee's want, saying

Andrew, I believe a boycott of the game we developers at R* SD are producing will not help to improve our situation, rather it may make things worse, but I appreciate your sentiment nonetheless. I believe many of us at the studio are putting a massive amount of love into the game we are creating, despite the often questionable working environment, in the hopes that massive sales of such a well-made product will give us all more leverage to exact a positive change in overall quality of life at the jobs we still love.
Click to expand...

Game developers are allowed to be married? I thought it was like Catholic priesthood...

Well, this makes me wonder if those "behind the scenes" videos are all fake, and the studios don't look that nice and friendly.

The world has gone crazy...

...but, in the light that it isnt. I hope something can happen, after all, developers shouldnt hav to work in conditions like that at all

Wow, that sounds a lot like my job and I'm not even a developer.

The unfortunate fact of creative production (Games, movies, etc.) is that there's no way to both achieve your purpose (producing things that other people can enjoy) while simultaneously "sticking it to the man," if you will.

I'm sure that they'd love to see a boycott to protest the working conditions. If, however, that means people won't get to enjoy the thing that they've been slaving over, then they've *completely* lost.

When people enjoy the thing they created, at least there's an up-side.

While work definitely should not cause someone to deteriorate physically, I think "crunch time" is a pretty normal part of any kind of job where a product must be delivered by a certain date.

Still, conditions shouldn't be that bad.

Nimbus said:
Getting threatening letters from lawyers for complaining about your sub-par working conditions? That's fucking outrageous! Is striking legal in America? Those guys need to get their asses into a fucking picket line, pronto!
Click to expand...

It's an employer's market right now. Plenty of very talented people are jobless right now, and employers know they can get hold of whoever they want, and they'll just be damn thankful they have a job.

Andrew, I believe a boycott of the game we developers at R* SD are producing will not help to improve our situation, rather it may make things worse, but I appreciate your sentiment nonetheless. I believe many of us at the studio are putting a massive amount of love into the game we are creating, despite the often questionable working environment, in the hopes that massive sales of such a well-made product will give us all more leverage to exact a positive change in overall quality of life at the jobs we still love.
Click to expand...

Now that's something I could get behind. 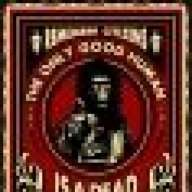 It?s too bad that the spouses complaints about Rockstar San Diego won?t be taken too seriously when they describe their beloved?s plight of being overworked as having been ?slowly robbed of their humanity?. It?s amazing how being overworked can turn a person into a sociopath free to kill or make video games without the least regard for their fellow man. Push the date back. It will be a better game with less sociopaths in the world with their humanity still in tact.
Show hidden low quality content
You must log in or register to reply here.
Share:
Facebook Twitter Reddit Pinterest Tumblr WhatsApp Email Link
Top Bottom