Obviously the console to buy the next dead or alive game on then.
D

Defense said:
And here I thought glasses-less 3D was their stupidest gimmick. Nintendo never ceases to amaze me.
Click to expand...

If you seriously can't think of uses for true haptic feedback, that's kind of stunning.
Click to expand...

Not anything that has a serious effect on gameplay and is exclusive to haptic feedback.

Chances are it'll be crappy technology anyways, and Sony will just copy Nintendo with a higher quality version.

Yeah... Nintendo... You know when we said you should aim a little more at the adult gamer market? This isn't what we meant. 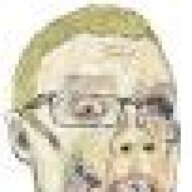 So now, I can FEEL Mario's mustache?
S


PureIrony said:
Hmmm. A site I've never heard of claiming an outlandish rumor on a console we've heard next to nothing about citing a source they won't clarify.

Can't really come up with anything that this guy didn't already say. I know about the site though, it's not a small site in Sweden, one of the larger computer game "papers" (not that that says a lot). But yeah, this really does sound like a proper, old fashioned, lie.

Although if it is true, I'll have to agree with this gentleman:

Ghengis John said:
Obviously the console to buy the next dead or alive game on then.
Click to expand...

Can I make it simulate the surface of a razor and shave with it?

lostzombies.com said:
If the news article is true then I forsee a similar games lineup of supersmashbrothers, zelda and mario etc but this time instead of the motion controls its another lame novelty control system.
Click to expand...

Whatever method of control this new system uses, that's going to be the lineup of first-party Nintendo games.
T

Now you will know. 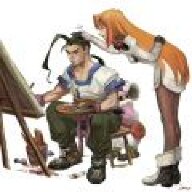 ...like a mood controler?....dos it turn red when i trow the controler into the tv?

Yes. This exactly. This would have been AWESOME with Epic Yarn.

John Funk said:
Loading.se's source claims that with the Feel, Nintendo "wants to change the way we play - again."
Click to expand...

Wait, where have I heard that before...
*rips off Nintendo rep's mask*
STEVE JOBS? What are you doing working for Nintendo?

But in all seriousness, what? I'm not sure if I want this to be true. After all, I can think of very few non-gimmick (and non-creepy-as-hell) applications for this technology.
S

this could be awesome. The guy in the Toshiba demo vid said you could put the film on the back of a mobile phone. I can't be the only person thinking of a controller covered in the stuff. Pick up a rock, controller feels like stone. Could be very interesting indeed. Oh man, could you imagine MineCraft with this?

Not sure what it would add to the experience, but it could be awesome.

Waitaminute, how the hell does Kirby know what pants feel like?

And I think I'll have to skip on all of the jokes here, as I can't think of one that isn't dirty.
T

Necromancer Jim said:
Waitaminute, how the hell does Kirby know what pants feel like?

And I think I'll have to skip on all of the jokes here, as I can't think of one that isn't dirty.
Click to expand...

Well, obviously there are plenty of people who wear pants in the Kirby universe, like...

scyther250 said:
Why do they insist on making consoles, and the games on them, revolve around their ridiculous gimmicks? I just want to play my Metroid and Zelda and Kirby with normal analog sticks and buttons. You know, controls that work perfectly.
Click to expand...

I stopped reading at the "simulate texture" bit. I'm starting to think Nintendo is secretly a vampire that hisses at the proven concept of two analog sticks, a D-pad and 4-6 primary buttons (plus optional shoulder buttons and maybe Trigger buttons in the back).

Wait a second. How did we go from this [http://gbatemp.net/pix/253812/Snes_control.jpg] to this [http://museumofgames.net/gamecube_controller.jpg] and then finally to this [http://images.wikia.com/gamespedia/de/images/0/0c/WiiMote.jpg]?