He certainly did weird his Ness shirt and hat. 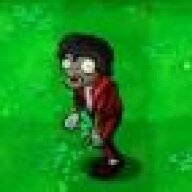 Scott Pilgrim floped because it was a terrible movie.
Also

The typos are strong in this.

OT: Shame on you Dan! Your wife sounds awesome!
R

Dan said:
We never had Mother 2 but we did have the Scott Pilgrim comics.
Click to expand...

Mother 2=Earthbound, just wanted to point that out.
As for the discussion, I highly agreed that Earthbound was a far greater loss, but I think that they should at least have mentioned the existence of the Mother 3 fan translation.
F

There was a TWELVE YEAR SPAN between the release of Mother 2/Earthbound and Mother 3. That's WAAAAAAAY past the point where you can blame lackluster sales. If Nintendo had ANY sense of its fanbase, they would have realized that the popularity of Earthbound only increased since its release. And you can't throw a rock on Youtube without hitting at least 2 Let's Plays of the fan-lation of Mother 3.

So, no, it's not fair to blame the fans for something that's obviously Nintendo's fault. 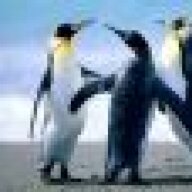 I agree with Buretsu. Originally, Mother 3 was going to be released in America as "Earthbound 64". Unfortunately, it got delayed so much that they cancelled it. It was only when they decided to re release it on the GBA that Nintendo decided they wouldn't localize it. 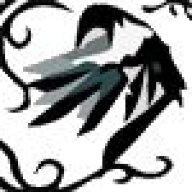 Yeah, I didn't see Scott Pilgrim in the cinema either (mostly because I found the trailer really off-putting). I was completely underwhelmed when I finally saw it on DVD, so I'm glad I didn't waste my money.

Scott Pilgrim had a lot of interesting and experimental stuff in it (a lot like the game Mirror's Edge) and I'm glad I've seen it just for that. But I'm not going to watch it again.

I didn't see Scott Pilgrim in theaters because I'm just really not a big movie-going guy, but when I heard all the praise for it I bought the Blu-Ray version and I loved it. I wasn't really aware it "flopped" in terms of sales. Then again, I knew nothing of Earthbound's failure either so I can't say much about my knowledge for this episode.
Show hidden low quality content
You must log in or register to reply here.
Share:
Facebook Twitter Reddit Pinterest Tumblr WhatsApp Email Link
Top Bottom