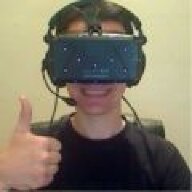 LifeCharacter said:
While procreation is necessary for the continuation of humanity as a whole, it's not really necessary for every human possible to procreate as much as they can. There will always be plenty of heterosexuals procreating more than they need to and plenty of foster kids in need of homes that homosexuals could happily provide.
Click to expand...

Hi LifeCharacter,
in a way this is true - but to me, it sounds to a lot to the tunes of "can't someone else do it". Those who do procreate deserve recognition compared who those who don't, especially if those who could choose not to.


LifeCharacter said:
And, once again, procreation stopped being the exclusive domain of a heterosexual man and woman with the advent of modern science. Unless the only procreation you recognize is when a man sticks his dick in a vagina, sperm donation, surrogacy, invitro, and the potential for IPS cells in the future mean that homosexuals, or single people, are more than capable of procreating. As such, marriage requiring some form of natural procreation is a rather ridiculous argument, in that there is fundamentally no difference between that and what is available to homosexuals at this very moment other than one requiring a bit more paperwork and decision making.
Click to expand...

There is a difference - and that is that in a natural marriage the spouses are also the parents. Even without going through the significant moral debate around renting another woman's body or potentially killing other human beings at embryo stage, you still are in a situation where one person has a child with someone but lives with someone else - this is essentally a form of adoption.

Procreation doesn't has to be natural, but it's preferrable if children are raised by their parents; if science will reach a stage where sperm or eggs can be synthesized though the DNA of someone of the opposite sex without harming someone else's life, then yes, this opposition will drop.
I am not saying that single parents with one or more partners don't deserve any credit, but this has nothing to do with marriage as it was always intended and defined - outside of the debate about the rights of those persons, I don't see why it should still be called marriage.


LifeCharacter said:
Wasn't the core of your argument that of procreation, that thing homosexuals are very capable of achieving? I feel like I've challenged that...
Click to expand...

Yes, that's one side; the other side is the inconsistency of providing economic and administrative advantages to two persons without any specific requirement other than, I suppose, loving each other - but at the same time restricting it to just two persons (who cannot be blood relatives).
If marriage is being arbitrarily redefined to remove the focus on procreation, why limit it to two people? Or why esclude relatives at this point, since the practical reason of prohibition of such marriages is specifically related to the genetics problem that incurs in greater percentage in children of people with too much similar DNA.
Hell, at this point I might as well marry my grandmother, to get part of her pension when she dies, or my son, to simplify the passage of heritage when it will be my time to kick the bucket.

If you are a truly egalitarian society, you must provide all citizens with the same rights in face of the same conditions. This redefinition is inherently unfair by introducing inequalities with the pretext of removing non-existing ones.
Show hidden low quality content
You must log in or register to reply here.
Share:
Facebook Twitter Reddit Pinterest Tumblr WhatsApp Email Link
Top Bottom