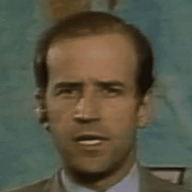 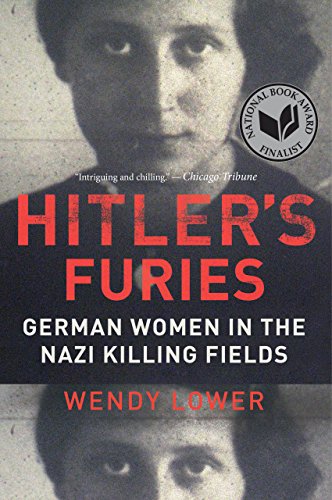 21L is by the same author who authored Sapiens, and it shows. It's arguably a sequel to it, in as much that a piece of non-fiction can be a 'sequel' that is. I don't think you need to read Sapiens to 'get' 21L, but it does help. At the least, the book is engaging, but falls short of Sapiens. It isn't so much 21 lessons, but rather numerous essays on related themes. All of it's well done, but some things are more well done than others. For instance, the author's fears of bio-technology and augmenting humans feels too apocalyptic, while he barely goes into the risk of ecological collapse, even if he does mention the risk. It's probably at its best when it looks at forces like nationalism, gloablization, and culture/religion.

All in all, a very good read, but it's not Sapiens, which was a great read.

TBH, I think part of this work ended up in AD - like, this is a quarterly essay, while AD is a full-fledged piece of non-fiction. I didn't check the publication dates, so I don't know for sure, but whatever the case, whatever the essay does, AD did better.

TBH, I think part of this work ended up in AD - like, this is a quarterly essay, while AD is a full-fledged piece of non-fiction. I didn't check the publication dates, so I don't know for sure, but whatever the case, whatever the essay does, AD did better.
Click to expand...

If someone were looking for a history of Australia, covering the period of settlement by Europeans up until the present, do you have any books you would recommend?

CM156 said:
If someone were looking for a history of Australia, covering the period of settlement by Europeans up until the present, do you have any books you would recommend?
Click to expand...

Not in particular. I mean, I'm reasonably aware of Australian history (I mean, I should be, I live in the damn country), but it's never been of that much interest to me - least compared to other countries' histories.

One I could reccomnend is Girt by David Hunt. It's not in-depth, but it's an entertaining read - goes into the 'quirks' of Australian history (e.g. the Rum Rebellion - yes, that's a thing).

Hawki said:
One I could reccomnend is Girt by David Hunt. It's not in-depth, but it's an entertaining read - goes into the 'quirks' of Australian history (e.g. the Rum Rebellion - yes, that's a thing).
Click to expand...

That sounds right up my alley. I love the quirks of history. I was aware of the Rum Rebellion. William Bligh could never catch a break.

We were digging into family history recently and found out that one of my great-great-something-uncles was deported to Australia back during the Empire. For horse theft, I think. I always wondered what happened to him.

This has got to be one of the most depressing books I've read in awhile, and trust me, I'm no stranger to depressing books (well, least non-fiction ones). Everyone's aware of the migrant crisis that struck Europe in the wake of the Syrian Civil War. Everyone's probably also aware of the failures of multiculturalism within the continent, at least when it comes to Islam, not to mention terrorism, anti-semitism, rapes, etc. Going through this however, with the statistics provided, it's actually kind of astounding that the level of denial on the scope of the problem could be denied for so long. Part of the reason it isn't more depressing is a) don't live in Europe, b) the dye is cast, and c) the issues described are small fry compared to how much worse things are going to become globally over the coming century.

That said, I'm actually going to go against the grain for a bit and list out the stuff I disagree with Murray on. There's the idea of the "culture of guilt" that has gripped Europe (everything from colonialism to Nazism) as well as the USA and Australia, pointing to "Sorry Day" in the latter. Being someone who actually lives in Oz, I'll say that Sorry Day and Reconciliation aren't a culture of guilt, if anything, the former is (or was) sincere, but the latter, I've long felt is government-sponsered virtue signalling. There's certainly genuine actions undertaken towards improving the lives of indigenous Australians, but I've never felt it's 'guilt culture' undergoing that. But the 'guilt paradigm' does kind of hit home, and the book actually does acknowledge the counterpoint of "the empire strikes back." Maybe migrants and refugees (the stats provided indicate that most of the people trying to enter Europe are economic migrants (60%) and predominantly men) is some kind of global karma, but it's karma where the guilty party, so to speak, refused to even fight back. It also dismantles the idea of wealth driving migration, because if that's the case, then you'd expect to see similar levels of migration into other advanced economies. So far, that hasn't happened. The paradox of Europe as of the post-WWII era is that its commitment to human rights, secularism, and liberalism, opened the doors for people who disagree with the very values that make the continent appealing. It's why Saudi Arabia, for instance, has refused to make any Syrian refugee a citizen, but offered to help deal with the crisis by funding the construction of 200 mosques in Germany. It's why Iran can criticize Hungary for not taking in more refugees, while simultaniously funding Hezbollah, spurring the conflict that drives the refugee crisis in the first place. And look, no nation/region has a monopoly on political hypocrisy, but, wow. Say what you will about US adventurism in the Middle-east, it's at least taken in refugees from places like Iraq and Afghanistan.

No doubt people are going to raise a few eyebrows at this. I've criticized Murray for being polemic in past works (see Islamophilia) but there's too many statistics cited alongside everything else for me to escape the conclusions drawn - that Europe is experiencing massive cultural and demographic change, and it's already fraying at the seams. Some might even welcome the conclusions (e.g. a Syrian immigrant is quoted as saying the Germans should leave their own country if they don't like newcomers - basically "go back to where you came from" in reverse). But at least be honest about them.

I've been reading this on-again-off-again for the better part of two years now. And I detest this book. But I have to finish it since I started it.
Just get to the part where everyone dies.

I've been reading this on-again-off-again for the better part of two years now. And I detest this book. But I have to finish it since I started it.
Just get to the part where everyone dies.
Click to expand...

I read that when I was a teenager.

On one hand, the stuff about Ahab being a revenge obsessed nut was sometimes pretty good(and made you realize how much Star Trek: Wrath of Khan cribbed from it) but then you get the "HEY GUYS! LOOK HOW MUCH I KNOW ABOUT WHALES AND WHALING!" I've heard Melville got paid by the word but it doesn't make it any less tedious to sit through. I even spent a decade in the US Navy since then and I don't think I could take sitting through all the boat stuff a second time, despite one thinking it would be up my alley.

Honestly, this is one of those you might just want to pick up one of the film adaptations if you want the story and Ahab being crazy, but it's your call.

Speaking of putting up with a read you aren't digging. I tried Of Heroes and Tombs by Ernesto Sabato and it was....okay. It starts out with a blurb about a woman killing her dad and setting fire to her house, destroying the remains of her family including herself, and then the rest is in flashback to the main character, Martin a homeless, shy teen who meets the aforementioned girl, Alejandra and strikes up a friendship(of sorts) with her. And by friendship, I mean, she occasionally wants to bone him but she's also really, really messed up and shes got a ton of issues that probably has a lot to do with her weirdass old-money family and their decaying mansion.

She's pretty much a Tsundere, there's a bit where she's tallking at length about her straight laced catholic friend(the catholic part she repeated emphasizes, which is why I mention it) who she apparently tried to sexually assault(if she were male doing it to a female, it would definitely be classified as such) at least once because of how much she disliked his "prudishness". It's honestly kinda of disturbing and at least Martin or the author doesn't romanticise it, rather admitting the woman's got something going on and it's not particularly healthy.

Also, there's a bunch of stuff about Angentian history from the perspective of the 1950's, when this is set, which is kinda interesting but doesn't mean as much to me not really knowing argentinian history very much. I guess it could be interesting if I was more engaged in it.

I honestly put the book down after finishing the first quarter of the book, when part 1(of 4) was concluded and don't see myself going back to it. It isn't really keeping my interest and I feel I gave it a good shot.This was one of those books that came up as recommended because I was reading Gabriel Garcia Marquez and I figured I'd step outside my comfort zone and give it a try. I just found it....meh.
Show hidden low quality content
You must log in or register to reply here.
Share:
Facebook Twitter Reddit Pinterest Tumblr WhatsApp Email Link
Top Bottom