Tales from the Table: Chapter 7: A Tale of an Elven Council

Awesome! This is really improving as time goes on! 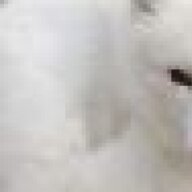 I like that they took the time to really focus on one character for 10 minutes. It added a lot of depth to the series. I hope every character gets an episode to grow, eventually. 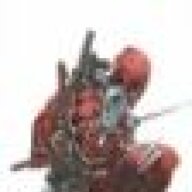 This show keeps getting better and better.
W

This show is amazing! That pillow scene reminded me of my childhood. Hilarious! It was great to see you focusing on one character, and it was great to see Aussie Rules Football represented (greatest sport in the world). Fantastic episode! Great work guys!
Z

Oh fooey. I just started the series not too long ago, but now I've caught up to the episodes and have to actually start waiting for them to come out before I can watch them

I loved the character development in this one. He reminded me of me, I have a favourite character that I RP with, but even when I am not playing i just have a part of me thinking about that character and how she is growing. Especially if it a day i was supposed to be playing but it got canceled for whatever reason. Very good. I suppose he was the character I could relate to the best from the beginning because i always play an elf. When we play fantasy RPG of course.

I also like that we seem to be moving away from those couple episodes when everyone was just an unrelatable jerk for no reason. This time, he started getting out of hand because he felt like he was not contributing, and the others actually had a reason to give him the one week suspension because he was getting out of hand. The characters had reason for their actions, which is always great. Very good episode.
A

Early in the series Falcore was not my favorite in the group, but his story has really evolved and now I as a viewer am invested in his story. Great job on the writing and the acting!

I am very eager to see what some of the other character's backstories are.