This week, Bob examines the insanities of continuity.

I have only three words:

As a casual comic book fan, even I've gotten used to the alternate reality concept. It's allot of fun to wonder "What if..."
and I second the post above

My brain hurt trying to understand all of this.

Then again I not really into DC comic or their backstories. Still a interesting topic overall. 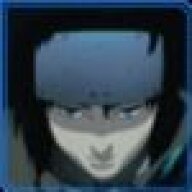 Umm... Shouldn't the title be 'Continuity' and not 'Continanity'?

Thanks for explaining... as a casual fan I've always been curious about the multi-verse and how it came to be and why... consider that curiosity stomped dead. As big as I am on multi-dimensional concepts this sounds like wayyyyy to deep of a rabbit hole to throw myself down.


Nexus4 said:
Umm... Shouldn't the title be 'Continuity' and not 'Continanity'?
Click to expand...

Continuity + Insanity = Continanity. It's listed in the Earth 3 version of Webster's Dictionary.

Frozen Donkey Wheel2 said:
I have only three words:

And holy toodles, thanks Bob for at least trying to give us more insight to the deeper DC universe. You could actually make a Marvel episode next. 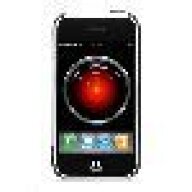 Frozen Donkey Wheel2 said:
I have only three words:

Dammit, ninja'd. Could we have space pirate-batman too, DC? Pleeease?
T

Could'nt agree more Bob. Comic continuities have become such a complete mess for outsiders such as myself, that TV and films interpretations of these characters have actually become the ONLY way I've been able to enjoy either DC or MARVEL comic characters.

And Marvel would never have done...

DCs in-continuity was always a joke though. As much as Aunt May's immortality.

It's somewhat fitting that Spidergirl is far more of a badass than Batgirl ever was. In fact they had to cripple her to make her popular.

it'll take a while for me to get into comics

Ugh, I think reading that word just gave me some kind of Internet Meme Diabetes. 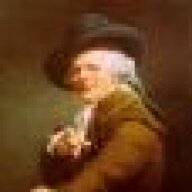 Nexus4 said:
Umm... Shouldn't the title be 'Continuity' and not 'Continanity'?
Click to expand...

Also, best episode of the series so far, by far.

Pirate Batman made my day!

I'm pretty damn sure I'm a geek now, because while I don't obsess over comic book continuity, I do obsess over (some) game continuity. I remember having a huge hissy fit when Nintendo didn't properly follow up Super Mario Galaxy in Super Mario Galaxy 2, acting as though none of it ever happened. Which, if you've seen the ending of Super Mario Galaxy, you could probably make a guess about why or how that happened, but it's not like Nintendo's actually acknowledging it.

But I digress, neat video! 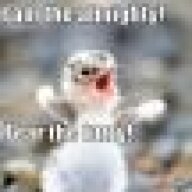 Hasen't Batman had just about the most alternate reality/universe settings of all the DC heros? 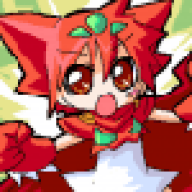 I've always wanted to get into comics but due to things like this I never know where to start. 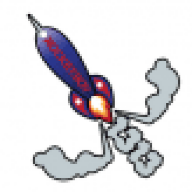 I actual find it strange sometimes that casual readers of comics don't like the multi-verse concept, its what they are getting everytime they watch a cartoon of the series.

Just read each comic or series of comics as its own little story, comics are written to accommodate these days, I've read in articles and interviews that "every comic is someone's first comic" is a writing credo, and that aside from crossover events most first pages of character thought bubbles are devoted to recapping the story-so-far.

Then I remember how I am a geek, and keeping track of this stuff for me is like 'remembering where the salt shaker is' is to normal people. It is just part of my own anti-life equation, destroying my life.
S

Is there anything comics can't do?

Yes, the whole deal with Batman was very strange, indeed. Like with any Grant Morrison book (that I've read) you have to read it all in one, convenient package. It may not make as much sense, but you don't have to wait months for the damn thing to finish.
Show hidden low quality content
You must log in or register to reply here.
Share:
Facebook Twitter Reddit Pinterest Tumblr WhatsApp Email Link
Top Bottom