The Big Picture: Done With Dark

MovieBob's had just about enough of superheroes for grownups.

Your NEVER too old to see the appeal of a Space Viking and his magic Hammer! 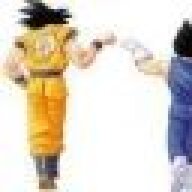 Bob, we get everything last here in Australia, enjoy feeling like one for once, because this is how we feel all the damn time with everything else. (Thor was surprisingly not horrible.) 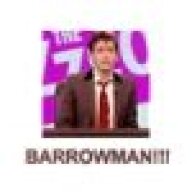 I;ve just got into comics, and reading some of the stuff from the 90s a lot of it is like eating chalk. Bland yet still disgusting. 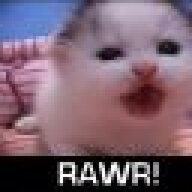 I am really excited about the Thor film. I am not in anyway a comic book follower but I do love the superhero films and Thor looks to be one of the best. Plus Natalie Portman is in it, so failing everything I get to just look at her for the entire movie!

Wonder when it comes out in the UK... 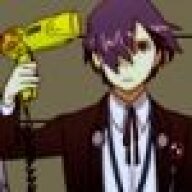 Really laughing out loud by the ending. That is hilariously backwards stuff! The super magic space viking isn't going to be realistic and deep? NAHWEH seriously?!!!

My appreciation of the film may have gone up somewhat, for not being phony and untrue to itself. 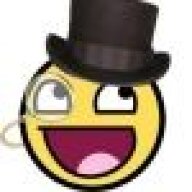 Holy karp, me and a mate were just complaining about this last night. Spiderman 2 was on TV and we agreed it was pretty much a masterpiece, then we were wondering why other recent movies couldn't get to that level, even discussing how Thor (seriously) looked like it was more in Spidey 2's vein while subsequentally worrying about the new Captain America film (but then were reassured when we remember the dustbin shield moment). It comes down to capturing the essence of the silly comic books and, just as Bob said, presenting them in mature way for everyone to enjoy. 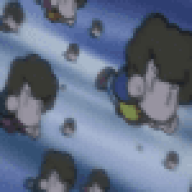 Kinda mixed over this episode

First part is good, the Watchmen/Dark Knight returns observation especially good, however I think you kinda use "dark" to define anything that over-complexifiy itself (and if I hear transformer movie being a point of reference, I think I'll scream)

While you can easily see that bay-former and 90's comic are pretty much made with the same mindset, its not really one of grit and "realism" its more juvenile adolescent fantasy of big guns and big boobs. The tranformer movie didn't have any pretension of being dark and gritty or mature. Whatever plot there is just filler, because they probably thought CGI robot as main character would probably get too expansive.

Plus while I know you dislike the 90's when you reference tranformer being simple I can't help but think of Beast Wars, which was a tranformer franchise with a good ammout of sophistication and yet was about robot that tranform in animal

Its kind of funny but Spawn was the reason I got into comic in the first place. I was a fucked up kid and I liked the dark tone, the violence and the T&A that came from 90's era comics. Now I can't stand 90% of 90's era comics most of all the the slop the Todd McFarlane farted out when building his empire of easily broken toys and grim and gritty comics. 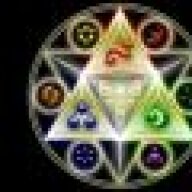 The dark, gritty motife if there because it works, bob. It sells. Do you think the Dark Knight would've been better if it was geared to a PG rating? For one, we wouldn't have the joker, like ever, and that was the movie's only selling point. With it, the Dark Knight was a cash cow, cause everyone liked it. I get what your saying, thinking that this gritty stuff is getting a bit clumped in the media, but ever since the Iron Man flash of "TERRORISTS ARE REAL?" in that cave, Dramatizing these superheroes is the thing to do. I guarantee you that if the Twilight series started making movies about Mythological Vampires instead of that sparkly abstinence preaching, people would be shocked by that news as well. So the fact that a Superhero movie was made as if it was a Superhero movie is shocking isn't a strange notion.

Uh, yeah. Gritty reboots have gotten silly. I thought we realized this as a culture somewhere around the mid-nineties.

By the way, Nolan's Batman movies are really the only recent superhero movies that might be considered gritty reboots. I don't think anyone is going to call Iron Man "gritty". 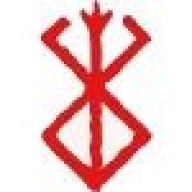 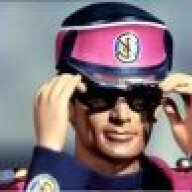 Nice. So I guess this again makes Transformers into 'The Big Punchbag'? Yeah, no complaints.
F

Most of the time I think Bob goes a bit overboard with holding to the classics but it is still ok. In this case it feels a little far out to me. There's nothing wrong with changing stuff a bit. Transformers is an easy example because everyone hates it but Batman Begins is a gritty reimagining too and very popular. I don't think the problem is that people try to let these concepts "mature". That problem is that as always most writers are just bad at it.

Beast Wars was an amazin series. Between actual character deaths, to real self doubt, and Silverbolt (Love me some Silverbolt). Man that was a great series.

The dark and gritty stuff can be a bit...taxin...i'll say. It works in some ways sure, but other times it just sorta feels off. Nowadays its basically the definition of too much at once. Hopefully with Thor we start to see a trend form where not everythin has to be about how angsty the main character can be.

the story of tranformers actualy takes from the comics
and a big reason non gritty reboots dont work is the fairly hit or miss
for example "the mask" is a dark vilolent comic, but the movie is changed to be light hearted and funny (its horrbile sequel coincidentally involved the Norse god Lookie the brother of zues)but when you make super heroes like spiderman and batman do comedy there will be problems some times.

Anyone else feel like they were watching an episode of Linkara?

By the way, don't point all your arrows to Todd MacFarlane, okay Bob?
People like Rob Liefeld also had a significant part in the "Dark Age" of Comics.
T

Im sorry but Im in full support of all this "comics for adults" business- I dont want childish stupidity in my movies.

If Thor is overly childish Im gonna be incredibly dissappointed.

(Oh and doesnt this run contrary to that whole "stuffs better when it means something" spiel Bob gave awhile back?).

I agree and do believe that fantastical stories should appeal to everyone, most of the time. The message begins to get muddled if EVERYTHING is dark and gritty, it means it no longer has original appeal of being "Different" I always aim for the lighthearted nostalgia with some hidden darkness beneath such as the Back to the Future series. think about it, it presents the 50's in a "everyone is happy" light but the movie shows hints of the racism, sexual repression, and conformity that also came with the times.
just saying something doesn't need to be "Dark" to be mature.
A

After surveying the mess he have wrought with Watchmen in the 90's, Alan Moore decides he had enough of the GrimDark in comics, and answers back with the more positive Tom Strong, an old-school throwback to the HappyFun superhero stories of yore, only this time with modern twists on that.

Tom Strong takes the usual "strong white male" paragon of old superhero lore and updated with having that hero having a multiracial family, facing issues both modern & extraordinary and dealing with "dark" issues like racism.