The only reason you like the idea of them being from Brooklyn is because you're from Brooklyn.
If you weren't then you'd see how asinine it is.

Once again, when you show your knowledge on a subject that's interesting, it makes for a rather enlightening episode. One question though. Was that photo of all the toys in a pile taken out of my old toy box by any chance?


I'm getting really frustrated when people slap gate on the end of things like it was a precedent after the Watergate Hotel break in. NO. It's called Watergate because it was the name of the location of the crime. People and Gate to everything else as if it's a part of some major thing, or even minor thing in this case, instead of realizing that it was called Watergate because that was the name of the hotel the break in of the DNC party HQ was at in the 1970's.

I do kinda like how they tried to train American audiences to start calling him "Eggman", though. It wasn't his real name, but rather a name that Sonic called him to tease him. Better attempt to fix a translation than with Peach.
T

daxterx2005 said:
The only reason you like the idea of them being from Brooklyn is because you're from Brooklyn.
If you weren't then you'd see how asinine it is.
Click to expand...

Bob's not from Brooklyn. He's from Bah-ston. Skip to 4:23 for the explanation.
http://www.escapistmagazine.com/videos/view/the-big-picture/4160-Out-of-the-Park

I much prefer a movie closer to the 2003 cartoon. It swings closer to the mirage comics side of the spectrum put could still swing a PG13 rating.

Robotnic is still a better villain name than Eggman.


daxterx2005 said:
The only reason you like the idea of them being from Brooklyn is because you're from Brooklyn.
If you weren't then you'd see how asinine it is.
Click to expand...

And the Mario Bros being from Brooklyn makes a lot of sense being that they're so out of place with everything else in Mushroom Kingdom.
S

Xanthious said:
I was never a huge fan of the original works. Hell, when I first encountered them through the cartoon I thought they were a ripoff of the Adolescent Radioactive Black Belt Hamsters comic that had a brief run in the mid 80s. I later learned it was the other way around. Of course the first live action movie brought me around and I've had an off again on again type of interest in the property.
Click to expand...

the hamsters weren't quite a rip off they were a parody of a parody. which makes them meta as hell. until boris the bear came and killed them all, hamster, aardvark, turtle, and kangaroo alike. the whole mutant animal thing really blew up for a minute. much like the 90's the companies began catering to speculators and everything went to shit.

Another note on Mr. Freeze.

After the 60's TV series, he was regulated to a joke character nobody took seriously, particularly when the Batman comics were slowly shifting to a darker, more serious tone. That was until Batman: the animated series reinvented him with a new back story and a VERY cold personality that we got the guy we know and love today.
Click to expand...

And then Ahnold and Schumacher came along and did their best to ruin the character again.
J

Whoa, didn't know Mr. Freeze was from the 60's tv show. Speaking of freeze, I need to turn off the heat.

:Throws a vhs copy of TMNT3 onto a raging fire filled with other copys:
M

Look, can't we all agree that, no matter what, the new turtles movie HAS to be better than the live-action TV version with the Power Rangers crossover episode?

... Wait, I forgot. Michael Bay producing. Yeah, all bets are off.

RaikuFA said:
Born in 87, I loved the turtles and Ghostbusters.

Fingers crossed this is good. REALLY CROSSED.
Click to expand...

>.> Michel Bay is 'attached', would be wiser to lower your expectations.

Bob, i don't think the new TMNT movie will suck because of the new origin story, i like its going to suck because MICHEL BAY is involved.

Wow, I absolutely and utterly agree with you in a video for once. Not to say it's been a really rare thing. But then again it sometimes sort of has.

Oh, and nice to know the 60s live action Batman series had put those villains that I love on top, inventing Mr. Freeze. Personally I always hated that show for undermining my original concept of Batman. Making it out to be an overly campy, ambiguously dumb show. Hell I didn't know Batman was dark until the Tim Burton movie. Now at least I have a new appreciation for that campy campy show. 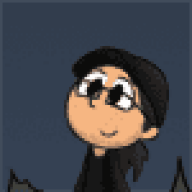 I don't think I ever had an issue with the name "Eggman." Might have just heard that name first from somewhere and never bothered reading the manuel. The game's never explained it ether, just like the games also didn't do anything to convince me the Mario Brother's were from anywhere but Brooklyn.

TO THE POINT HOWEVER

So long as the movie is good and the visuals aren't too over the top here's hoping the Turtle's movie is good. My one fear is that they take "mutant" way too far and make the characters repulsive to look at. Bad action scenes are almost excusable but if we get a still and the turtles look like the Rancor them I'll be forced to call foul.

Will Bay get to "modernize" any other memorable childhood franchises? We due for another Live action Mario or is it time to hear the real origins of out favorite hedgehog? How about a recent trend? Angry Birds explode, right? Oh my, I'm picturing these in my head and they're wonderfully horrific. It's beautiful!

RaikuFA said:
Born in 87, I loved the turtles and Ghostbusters.

Fingers crossed this is good. REALLY CROSSED.
Click to expand...

>.> Michel Bay is 'attached', would be wiser to lower your expectations.

Bob, i don't think the new TMNT movie will suck because of the new origin story, i like its going to suck because MICHEL BAY is involved.
Click to expand...

Oh trust me, my expectations are very low for it.

DVS BSTrD said:
Hey Bob I got a proposal for you: We'll admit we weren't into the underground comics first when YOU admit you had ZERO understanding of "that other thing mentioned" in last week's episode. Deal?

You won't call him Dr. Eggman for the same reason we won't call that ending Mass Effect.
Click to expand...

But it's different when he does it because ponies.

Also, the fact hat he's addressing "Turtlegate" like a big boy after that last bout of histrionics regarding Mass effect is hi-larious.

I actually was aware of the comics before the TV series. There's many reasons for this, but here's the short list:

I didn't watch a lot of TV.
I DID read a lot, which was mostly books but included a fair share of comics.
My dad is a HUGE nerd.
While I grew up in Vermont, my place of birth was not far from Mirage studios, a point said huge nerd of a father made sure to remind me of.

Hence, my huge nerd father got me into the comic book form of a series created by what were effectively hometown boys.

No attempts for hipster cred, I'm just the nerd who was literate enough to read a series without having seen the movie first. I blame schools. Why, in my day, they actually encouraged us to read the source material and then watch the movie and compare and contrast. Damn hippies.

But I digress. What I would ideally like to see is something akin to the first TMNT movie. It really did blend the better elements of both versions that were mainstays at the time. That, and it's a lot easier to tell them apart with coloured headbands. But I'm used to some of the conventions of the cartoon and the related media, and I like them. The original is the original, but not always superior. I can agree with Bob on that much, which is a freaking miracle these days.

Also, I could live without Krang, but I want Bebop and Rocksteady in the movies. 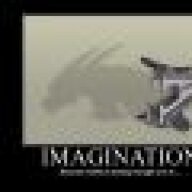 How did Robotnik get the name Eggman? I have only played a couple of Sonic games, the last one being Sonic Adventure on the Dreamcast. I kinda get Robotnik, guys makes robots, its self-explanatory. Eggman? That I never understood. There never seemed anything egg related about him except for his size, and he is more spherical than egg shaped.


I'm surprised no mention of Harly Quin. If there was an example of creative liberties working, it was her. The creators of the animated Batman series created a whole new character which was pretty popular and got added to canon.

It isn't about original source, it is about popular opinion and the fan agreed canon. Now, pretty much all sources of the TMNT agree that they were originally 4 pet turtles who got in contact with a mutagen or ooze. This ooze has different origins: toxic waste, chemical byproduct, aliens. The source of the mutagen doesn't matter as long as it is interesting. But Bay said that the turtles are aliens. They come from a planet of anthropomorphic turtles and as Sonic says, "that's no good."
Show hidden low quality content
You must log in or register to reply here.
Share:
Facebook Twitter Reddit Pinterest Tumblr WhatsApp Email Link
Top Bottom