The most disturbing thing you've seen in gaming.

Pandora from Revelations: Persona is a good example. Eeuughh. Giygas from Earthbound is creepy too. Although the whole "LOOK HOW SCARY GIYGAS IS, ARE YOU READY, HERE HE COMES, ARE YOU SCARED NOW, LOOK HOW SCARY HE IS" thing before the fight kind of killed the creepiness. Like, a lot.

That mannequin room from Silent Hill 3.
A

thetruefallen said:
There was a cut scene in "Project Zero" ("Fatal Frame") i played on the original Xbox that had a girl tied to a post or something and a guy in a mask sticking a mask on her face with big spikes facing inwards through the eyes. It was a deeply disturbing experience watching a blinded girl cry on the floor, it was a tremendous piece of voice acting if i recall. I wonder if it still holds up.
Click to expand...

That was fairly disturbing, and yes, it does hold up.
The whole idea of that blinding ritual was just disturbing as hell, and then having the freaky ***** chase you around the mansion for the best part of an ENTIRE FREAKIN' CHAPTER was bad enough.

For me, the most disturbing part of that game was finding the photographs of the kids being dragged away by the long armed ghost. That was just... very unsettling. 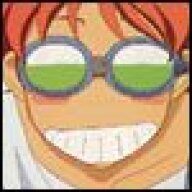 For me, there's no contest. Definately the second level of Hitman: Contracts. The fact that there's a drug-fueled orgy/party going on in the middle of a *slaughterhouse* with dead animal carcasses all over the place was bad enough, but then you reach your target's inner sactum/shrine, and I nearly wanted to throw up. It was the only time I ever almost quit playing a game solely by how disturbed I was by it.