The Real Deal on Zero Punctuation

remnant_phoenix said:
I know that this comes up all the time, and I know that there's not a ton of discussion value, but I had to get this out there because it's been bugging me.

Some people take Yahtzee too seriously. Again, yes, I know, it's been said many times, but I'd like to use this post to remind us all that there are some key things about Yahtzee that people regularly seem to forget:

(These are all things that HE HAS SAID ABOUT HIMSELF, I'm not making my own assertions.)

He is a "critic," and he goes out of his way to call himself a "critic," not a "reviewer," and there is a subtle, yet distinct, difference there. He doesn't see his job as reviewing a game and giving an overall opinion, good and bad. He sees his job as criticizing a game, pointing out its flaws and ragging on them, even if they are petty and nit-picky criticisms.

He ENJOYS taking the piss out of something and ruining other people's enjoyment of something.
He is a jaded, cynical, misanthrope.

He doesn't believe that people should actually listen to his opinion! His own words: "Do you really need someone in 'authority' giving you a simple 'yay' or 'nay' before you buy something?!"


Emply basic observation and critical thinking skills it becomes quite clear: Zero Punctutation is NOT meant to be taken seriously. It a sense, it's NOT a even a review show. Generally speaking, the point of a review is to enlighten potential consumers of the product being reviewed, helping them decide whether or not they want to buy it. Yahtzee himself has stated that this is not his purpose in ZP. Therefore, it can be easily argued that ZP isn't a review show.

I would argue that ZP a roast, a foul-mouthed writer expousing foul analogies for the things he doesn't like about video games, whether he likes the overall game or not. I'd even argue that ZP may be a satire of video game reviewing, and if anything is designed NOT to be taken seriously, it's satire.
So yeah. Watch it. Enjoy it. Laugh. But don't take it seriously. Please.

EDIT: When I said "don't take it seriously" I meant "don't take what he says as gospel truth."


Can helpful and informative things be gleaned from ZP? Of course. That is, if you look past the exaggerated comic effect, ZP does provide some helpful information on games. Is it possible to tell by Yahtzee's opinion whether or not you'll like a game? Sure. That is, if you have a good understanding of how Yahtzee's taste compares to your own.

I'm just asking that people use a little pattern recognition and critical thinking before they let Yahtzee's opinion have any effect on their purchasing decisions.

SECOND EDIT: Okay. I apologize. I probably shouldn't have made this thread. I wrote this up in a reactionary moment and the main point that I was trying to make overall got mostly lost in my words. Can we just let this one die out quickly?
Click to expand...

As another jaded, cynical misanthrope I'd like to point out that anyone who takes anything another person says or writes as "gospel truth" (to include the trope namer there) is deserving of your derision... and more than likely will not accept your help. To answer Yahtzee, "yes, the people that this applies to do have a psychological need for someone in authority giving them a simple 'yay' or 'nay'. Modern first-world societies train frightened followers more than any other type of person."

The only thing I dislike about Zero Punctuation is the side effect that some things he says will start being quoted and rehashed ad nauseum in the forums. Prior to his Portal 2 review a fair number of people complained about the memes being overdone, but noone phrased it as an attack on the fans of the game. After the Portal 2 review...

(Extra Credits used to have the same effect. Possibly moreso.)

I don't think his reviews have much influence on me personally. Sometimes he will say good things about games I like, but other times... well I've never quite understood his fascination with Painkiller. Yeah, it's fun(ish) but it's not even close to being a successor, spiritual or otherwise, to Doom.

Anyway, my favourites of his reviews tend to be games I haven't played, or are ever likely to, like God of War 3.

There is a difference between writing a positive review and writing a fanboy dithyramb. And that difference is the main reason why I respect Yahtzee and Jim Sterling way more than other game critics. If there is a flaw in a game they like/love, they point it out instead of ignoring it like IGN's Greg Miller. 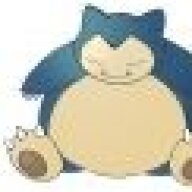 remnant_phoenix said:
I'm just asking that people use a little pattern recognition and critical thinking before they let Yahtzee's opinion have any effect on their purchasing decisions.
Click to expand...

I think that's kind of the whole point of the series. My favorite thing about ZP is that it challenges accepted truths. When he examines a trend in gaming and points out how ridiculous it is, it reminds me that I have to do the same - to examine accepted standards and ask myself "just because this is accepted, does that mean it's good? Or even acceptable?" Plus it's funny. I know it's not serious, but sometimes a humorous take on things can make you think more about an issue - if it was just angry and dismissive only trolls would watch it.

On another note, I don't know why instead of asking "can we just let this one die out quickly?" you don't just take down the post. As with gaming, there are accepted modes of behavior on the internet that merit re-examining.

hehe, i could give you that list if you want.


but really why is this even a discussion? who the hell cares want some guy in another country thinks of a game. not like its hard to do a bit of research to figure out if said game is your thing or not

remnant_phoenix said:
Can helpful and informative things be gleaned from ZP? Of course. That is, if you look past the exaggerated comic effect, ZP does provide some helpful information on games. Is it possible to tell by Yahtzee's opinion whether or not you'll like a game? Sure. That is, if you have a good understanding of how Yahtzee's taste compares to your own.

I'm just asking that people use a little pattern recognition and critical thinking before they let Yahtzee's opinion have any effect on their purchasing decisions.

SECOND EDIT: Okay. I apologize. I probably shouldn't have made this thread. I wrote this up in a reactionary moment and the main point that I was trying to make overall got mostly lost in my words. Can we just let this one die out quickly?
Click to expand...

To the second edit, apparently not.

To the first - what is that, if not a review?

For game reviews, I don't use any source BUT Yahtzee (not even Jim Sterling, even though I greatly respect his opinions as well).

Yahtzee is very good at analysis. He breaks things down and explains how they work, or how they don't work. That is what I'm looking for in a game review. I don't give a crap how much anyone else enjoyed the game, or how awesome any part of it was - screw that, I don't care. What I want to know is how the bloody game works, and what precisely those elements are. And for that, Yahtzee is an excellent reviewer.

His opinions have nothing to do with it. I don't want (or need) a score, or even a positive or negative opinion. I've bought games that Yahtzee hated, because the reasons he hated the game were things I liked. I've bought other games that he liked because the things he liked were things I also liked. His opinion didn't matter to the equation - his analysis of the game is what I care about.

I'm patiently awaiting his review of Skyrim before I decide if I want to put it on my Solstice list or not. 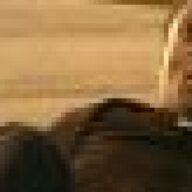 Maybe you should e-mail Yahtzee about this. I don't that he bashed a game you like, I just want to see another 'Mail Bag Showdown'. 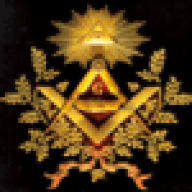 Some things he says I actually do take seriously because I know exactly what he is talking about and how frustrating it (whatever the complaint is) can be. Most of the time, however, I just sit back and enjoy the ride down Cynic Lane.

For instance, in his Arkham City review, he criticized the way you spend so much time with detective vision on. That's a genuine complaint for me, I got annoyed with that for a while. I could actively choose not to use detective vision, but that would just make things unnecessarily difficult. 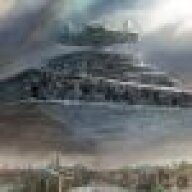 I find his reviews refreshing. From the games that I have played that he as reviewed, his observations a spot on. I take his reviews, and his points seriously. Thats not to say that I will buy/not buy a game on his recommendation. But I will use his valid points, along with others to help determine where my hard earned money should be spent. 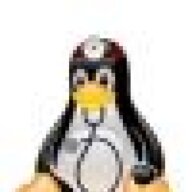 BehattedWanderer said:
He doesn't review, he critiques. Comically. Quickly. Cynically. And often without breath. If he finds something distasteful, he will describe which particular brand of terrible it is. You only take it seriously as far as you agree, and find it equally distasteful, or at least bothersome. Tired of hiding behind walls in a gun fight? Annoyed at cheap deaths? Couldn't make sense of the plot without reading the piecewise unpublished book that is the Wiki page? He'll have a gripe for that.
Click to expand...

Yep, exactly right there, he doesn't technically review anything; even then, he's no more bias than many 'reviewers' around, so basically, we all just have to make our minds up & not use reviews to validate our own opinions. 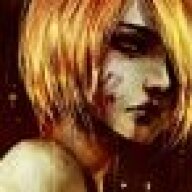 Since I'm not a huge gamer, Yahtzee's opinions on video games don't really effect me. The only reason I watch them is because his videos are funny, and that's all I really need.

I don't take Yahtzee's reviews seriously, but at the same time if he reviews a game and praises it and finds very little wrong with it I think 'damn, that must be a pretty good game then!'
C