There Will Be Bloodborne

There Will Be Bloodborne

A week into the game and having been a part of the Souls phenomenon since the early days of Demons Souls, this is by far my favourite iteration of the formula. I hope that there is more to come for Bloodborne as the mysteries within get unraveled, I can't get enough of it.

It's familiar enough to grasp its systems in a timely fashion, but different enough to distinguish itself from it's predecessors. I love the more aggressive combat system that rewards initiative.

A part of me longs for the diversity of Covenants in Dark Souls. Bloodborne's 3 (currently known/active) covenants are centered around PVP mechanics and one of them makes co-op almost impossible. I like that they create a risk system to public co-op summons, but I don't feel the incentives are there to experiment with covenants unless your looking a for a completionist playthrough.

But ultimately the game hits all the right spots for me. It's oppressive, it's mysterious, it's tough but fair... and I get to flick out my coattails after destroying an invader.

Ya know you say that now. But after poppa gas bag the game difficulty ramps up pretty hard.

I think the scariest part of your serial murderer is that he goes from glowing red eyes to adorable eyes when he kills someone.

is it really post-souls though? I mean it's basically souls distilled and ground into a rich deep coffee roast, the kind of roast that gets a man out of bed on a dark winter morning and compels him to slay one eldritch abomination after another, or invade someone else's coffee infested world and steal their coffee because you need it more to become stronger so you can get more coffee because it's all about gaining a richer deeper roast.

I'm not being insulted or having controversy shoved in my face.
This isn't the CM I've come to know and love

MCerberus said:
I'm not being insulted or having controversy shoved in my face.
This isn't the CM I've come to know and love
Click to expand...

If you want insult or controversy, we can start talking about the fact that Bloodborne is a PS4 exclusive, or about the new Scholars of the First Sin version of Dark Souls 2 that was released this weak. That should get at least some people talking.

It's Game of The Year, until The Witcher 3 is released. *Builds flame proof castle*
E

He said he liked Bloodborne so I'll just act smug until the undead giant kicks my teeth in again.

My name Hannibal Vorhees and I approve of this leaflet/notice/message.

That last panel may as well be an ad for Bloodborne plushie dolls. I'd buy those for a dollar!

I too am deeply infatuated the game.
It catering to my preferred playstyle for these games certainly helps.

Comic's pretty accurate, I'd say, considering the many times I've stuck my bare first into an enemy's back or stomach to rip their spine/guts/blood/whatever's applicable out. 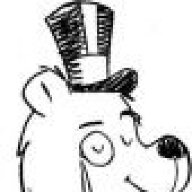 Saving up for a PS4, really, REALLY, want to play Bloodborne.

Well, that was clearly a one-sided fight... I mean, there was no way that hobo would have defeated a hunter that easily...
H

Bat Vader said:
It's Game of The Year, until The Witcher 3 is released. *Builds flame proof castle*
Click to expand...

I hope you don't get flamed for this, I think it's great when an amazing game gets beaten out for goty. If Witcher 3 rocks us all then...awesome. In no way would it detract from my Bloodborne love, I have love enough for many games.

OT:
I never thought of it that way...that's pretty apt for a lot of it...poor guys.
D

Playing this has given me some strange dreams and an irrational fear of Victorian people around every corner. 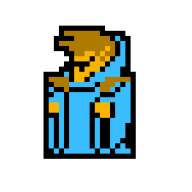 You've got a good point about freedom vs. focus. Virtually every game is become a big open world these days and it is depressing as hell If it weren't for the Souls games, I would say that Skyrim ruined everything.
Show hidden low quality content
You must log in or register to reply here.
Share:
Facebook Twitter Reddit Pinterest Tumblr WhatsApp Email Link
Top Bottom