In 1988, Brian Fargo, Alan Pavlish, Michael Stackpole and Ken St. Andre created a computer RPG called Fallout [http://en.wikipedia.org/wiki/Wasteland_%28video_game%29]. And now, hopefully. it's on the way back.

The Wasteland 2 Kickstarter went live today with a goal of $900,000 and while it's not running away with it quite as quickly as the wildly successful Double Fine Adventure Twitter [http://www.escapistmagazine.com/news/view/116274-Double-Fine-Kickstarter-Ends-Tomorrow], perhaps with just a touch of exaggeration, that the $1000 tier, limited to 100 backers, "will be sold out before the West Coast wakes up."

Speaking of tiers, fans who pledge a minimum of $15 will receive a DRM-free copy of Wasteland 2 plus a "unique and quirky" party skill that will only be available to backers. Higher pledges bring better rewards: $50 gets a boxed copy of the game and an early release of the first part of a Wasteland 2 "episodic novella" written by Michael Stackpole; $100 earns the "premium collector's edition" of the boxed game, a Wasteland miniature and your name in the credits; $1000 gets your name into the game as an NPC, weapon or location; $10,000 gets you an invite to a party with Fargo, Pavlish and company, plus an in-game shrine in your honor and a boatload of other stuff. There are plenty of other in-between options as well.

The Wasteland 2 Kickstarter, which runs until the morning of April 17, is up now at kickstarter.com [http://www.kickstarter.com/projects/inxile/wasteland-2]. 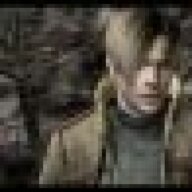 Wasteland 2 will be the like the Fallout 3 gamers never got.

I must say, THAT is how you make a video!

Wow, you can get a lot of neat stuff once it starts rounding into the 1k+, become an NPC, Weapon or Item, or be a statue or get a Blood Sausage.

I'd love to sink five figures into this but I'm afraid that my ceiling is $100. A very happy and enthusiastic $100.

Totalbiscuit donated 1000 dollars. Cant wait to kill him in the game.

If only I could break reality and hug Brian Fargo through my computer screen right now...

Fortunately I just got a HST rebate, that money's going to Wasteland 2.

I'm like one of the few Escapists who actually remember playing the game on my trusty Apple IIc at its original release. (I graduated with the first publisher's mom, evidently.)

"Death and drek!" you cry, as you see your demise in the form of [insert monster here].

The idea of a sequel actually worries me: this will be much more like a book to movie translation than a VG sequel, given the age of the original (and its decidedly low-res graphics). It just cannot possibly live up to the expectations of some of us.

But I suppose I'd rather they try and fail, as opposed to letting the IP just molder in the 'ancient history' bin.

I remember that game on the C64, but only faintly - it wasn't really my thing. Still, whenever I see Michael Stackpole's name I immediately think of the Pulling Report [http://www.rpgstudies.net/stackpole/pulling_report.html]. 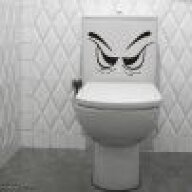 Unfortunately I can only put down $100, but it seems like the project is going really well so far. Hopefully it hits its mark and then some.

I've been waiting impatiently for this since it was confirmed last week. I think this is a fantastic way to test the viability of a given game/franchise and give gamers with niche tastes what they want.

$30 pledged here and good luck to them.

It`s quite cool to see fan support helping like this. Hopefully they´ll get to the limit, and produce something awesome. Over 200 thousand donated. Quite awesome indeed.

Ok now to cancel my pre order of Tales of Graces F so I can donate towards this. After hearing how the tone is for Tales of Graces F no way. Not wasting my time with that again. As for this well I remember thinking this wasn't going to work because I didn't see a lot of people looking interested. I am so glad to be wrong here.
I

YES, YES. Finally we will get a great CRPG. Obsidian, what are you waiting for ?

Imbechile said:
YES, YES. Finally we will get a great CRPG. Obsidian, what are you waiting for ?
Click to expand...

Probably for the kickstarter craze to die down a bit or to figure out what they would use it on. Double fine wanted to make an adventure game and Fargo wanted to make Wasteland 2. Obsidian was talking about making something and asked people what they would like to see. Though I am also waiting for Obsidian to announce one as well so I can throw all my money into it.

I'd donate the max, sadly, I can't afford it.