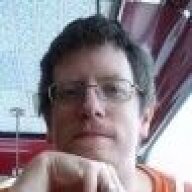 So I watched the new Yahtzee video and had no issues. But then I went to hit up his review of GTA5 and I had to watch this minute and a half trailer for some Justin Bieber movie. Ok, no biggie. But then I went to watch the review for Arkham Origins, because I was thinking of getting it, and up came the trailer again. "Well fuck this" I said as I went to YouTube.

Now the movie, apparently, comes out Christmas day so I'll only have to endure this crap until then, but really? I went from watching 20-30 seconds of commercials for crap I don't care about to watching a minute and a half of crap I REALLY HATE.

Normally I don't rage this much or in this way but I felt the need to share my feelings and I thought, perhaps, some other people might feel the same way I do.

Well, joining the Pub Club is one way of getting away from all those adverts, or if it's specifically Bieber who is getting on your nerves, I hear pressing this red button is the solution to your problems:

Yes I would recommend clicking the red button. It actually disables a lot of the adverts so that you only see gaming related ones.

Other than that...........Seriously?.........They are making a Justin Bieber movie? I thought making a movie about facebook was stupid but this is possibly even worse.

Cause, Crossroads was called "the Britney Spears movie" back in the day.

Cause, Crossroads was called "the Britney Spears movie" back in the day.
Click to expand... 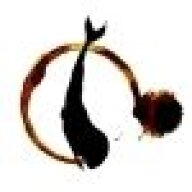 You'd think given the invasive marketing powers of the internet that selective targeting would mean such an ad wouldn't appear on the Escaptist.
Unless we have a secret group of Beliebers skulking around this site! 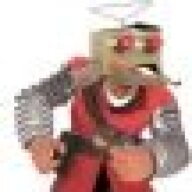 Dandark said:
Yes I would recommend clicking the red button. It actually disables a lot of the adverts so that you only see gaming related ones.

Other than that...........Seriously?.........They are making a Justin Bieber movie? I thought making a movie about facebook was stupid but this is possibly even worse.
Click to expand...

Uhhh, didn't they already make a Justin Bieber movie? Like it was called 'Never say Never' or something like that and it was documentary about his early life and career?
Because yeah, if this is indeed a 'Justin Bieber Movie' I think this isn't the first of its kind.

Better market yourself as much as you can before you fall into total obscurity I guess.

The guy went from being an effeminate puff-ball that every thought of as an easy mark to just a plain old asshole. Pissing in mop buckets, spitting on people, and apparently he recently had a nervous (and likely self-conscious) fan come up to him at the hotel he was staying at and he called her a beached whale who needs to be on the biggest loser, right to her face in front of everyone there. Fuck him, and hopefully his "fans" learn to find better places for their affections.
Show hidden low quality content
You must log in or register to reply here.
Share:
Facebook Twitter Reddit Pinterest Tumblr WhatsApp Email Link
Top Bottom