Every so often I've seen people say "I've seen (insert movie here) X times (in the theatre)." And having seen someone say they've watched Wonder Woman four times, and another user on another thread say that they'll see Dunkirk again, I have to ask, why?

Genuinely curious. I mean, if you own a game/movie/book/whatever you should be able to watch/read/play it as many times as you want. However, I don't really get the mentality of going to a cinema multiple times to see the same movie. I mean, least in Oz, the average movie ticket is around $20, which is roughly the amount you'd pay to get the same movie on DVD. I mean, if someone loves a movie that much, isn't that what the DVD is for? If people have the time and money to go to the cinema multiple times, wouldn't it make sense to see multiple films rather than the same one over and over?

This isn't intended as a criticism, and there have been a few movies I've seen in the cinema more than once, but they were always with family/friends, and never my first choice. But basically, if I went to the cinemas tomorrow, I'd see a movie I hadn't seen. I might like movie b less than movie a, but I'd rather take my chances with movie b than rewatch movie a.

But that's just me. Is seeing the same movie over and over a common practice for most people? 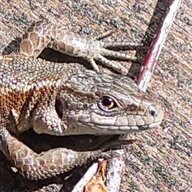 It's definitely not common practice. I know there are some people out there who go to the movies for the relaxing experience of a place dedicated to the movie and nothing else, and in those cases picking a movie you've seen almost makes sense.

I've mostly quit cinemas myself, because blockbusters are dumb and dramas on the big screen seem like a waste.
D

Not really a common practice, but it does happen. I've done it myself a couple of times over the years.

One of the lures to do so, for me at least, is the effect of watching something on the theater screen. I find it to be very different to the experience of seeing it on a much smaller television.

Plus, I only see movies during the matinee time frame, so it keeps the price at a reasonable $8 US around here.

The last time I did it was with Mad Max: Fury Road, and that's because the movie was just that fucking good. That was the first time in probably ten years though that I went to rewatch a movie in theaters. I hate theaters in general.

Ezekiel said:
I don't know how common it is. I only did it one time, and only because I was invited to a 3D screening the first time, which looked awful. I'm never watching a movie in 3D again. Never.

Hawki said:
I mean, least in Oz, the average movie ticket is around $20, which is roughly the amount you'd pay to get the same movie on DVD.
Click to expand...

When I went to Dunkirk the other day, I only paid 5 dollars. I was surprised. The ticket guy then told me it's only 5 dollars on Tuesdays. Maybe your city has a special day too.
Click to expand...

Generally it's Tuesday here as well, but last I checked the major chain a regular ticket is about $13.00, plus whatever online booking fees they decide to slap you with if you buy that way, plus surcharges for bigger screens etc.

Going out to the Cinema in Australia is an expensive endeavor.

Ezekiel said:
When I went to Dunkirk the other day, I only paid 5 dollars. I was surprised. The ticket guy then told me it's only 5 dollars on Tuesdays. Maybe your city has a special day too.
Click to expand...

Suffice to say, I'm a bit too old to fool anyone there.
S

Pretty much anyone i know that rewatched a movie multiple time in theaters did it to support the moviemakers (as theater sales get biggest cut on revenue) rather than anything else. Now rewatching on home video is entirely different thing. This is usually done for enjoyment, with large amounts of time apart and often allows you to catch a lot of hidden clues in good movies.

Only recently have I started to see movies multiple times, but not usually by personal choice. Usually, it is because I watch a film with my girlfriend, and then I watch it again on a separate occaision with my best friend. Also, my girlfriend and her group of friends all have cinema membership cards which allow them to see whatever movie they want, whenever they want, for a single yearly payment. I'd be lying if I said I didn't also take advantage of that by borrowing a card or redeemable code.

I don't think I'd ever watch a film again out of personal choice - though Pacific Rim did come close. I'd usually much rather wait for it to be released on some form of home media device.
B

It's a pretty common practice for me. I think I watched Avengers maybe 8 times in the theater. I was bored, it was summer, and it was a free lunch and movie every time. Not to mention a great movie. Why would I say no?

I've done it a few times, mostly because some movies are simply better enjoyed on the biggest screen and boomiest speaker system possible, something which you just can't replicate at home. For example, Scott Pilgrim. I saw it 2 times within a week in theaters, and loved it impossibly much. When I watched it on DVD however, the flaws just poured off the screen. Without the booming sound and massive canvas to make the most of the action scenes, the movie was just kinda meh.

Another example is Rise of the Planet of the Apes. If nothing else, that fucking gorilla roar was absolutely astounding on a theater speaker system.

Some movies also benefit more visually from a bigger screen. The Lotr movies for a start. Most Christopher Nolan movies past 2005. The Raid 2. Pacific Rim. In many movies there's simply too much detail or the scenery is too sweeping to properly be conveyed through a smaller screen.

If I see a movie more than once, its because I saw it with friends and with family. I saw Spider-Man, Avengers 2, Warcraft and Doctor Strange twice cause of that.

I enjoy going to the movies, but I cant stand watching most movies more than once. The only plus is making jokes to different people.

Only if its a movie where the ending is a crazy but well-done twist that the whole movie hints at is it worth rewatching.

I don't normally do this either. The last time it happened was Mad Max: Fury Road. My son and I saw it and really enjoyed it. I liked it so much that I had to take my wife to see it a few days later. I could've waited and had her watch the blue ray, but the movie really benefits from the 3d Imax biggest screen possible loudest sound experience.

I need to watch that again this weekend...

The only time I purposely rewatched a movie in cinema's was the LoTR marathon they did for the release of Return of the King. I'd already seen the first 2 movies in theaters, but we got a bunch of friends to watch them all back to back together and I went along with it. The added social experience was worth it.

I rarely go to the same movie more than once. Hell, my going even ONCE is starting to get pretty rare as so few movies pique my interest anymore. The last movie I saw multiple times was ?Interstellar;? saw it three times and didn?t even like it. I only went to see it for the soundtrack composed by Hans Zimmer?s through the IMAX audio; I don?t have an expensive surround sound set up at home, and even if I did, I doubt I could put the rumble in my chest that IMAX theaters do.

The only way I would rewatch a movie is if: a) I really liked it, and b) I say it with a different group of people.

It is extremely rare right now. I can't remember the last time I did it.

When movie tickets where much cheaper than they are now and the movie was enjoyable enough, well the movie theater experience is still an unique way to experience movies. These days though it's just too damn expensive. I rarely go to the theater/cinema anymore.

Ezekiel said:
When I went to Dunkirk the other day, I only paid 5 dollars. I was surprised. The ticket guy then told me it's only 5 dollars on Tuesdays. Maybe your city has a special day too.
Click to expand...

Suffice to say, I'm a bit too old to fool anyone there.
Click to expand...

Don't they have senior discounts? XD

No I don't get it either but I guess if you really like a movie and just can't wait till it's out on dvd/netflix or whatever. Personally I've been to the cinema only twice in the last decade. One time was for The Dark Knight Rises as I really love the Nolan Batman movies and the other was Marley & Me when I was dating my ex-gf. I was actually surprised by the picture quality. The last movie I saw in cinema before that was Batman Returns in 1992. Ofcourse it makes sense that movies in cinema would be in much higher resolution as well but in my mind 1992 was still the standard.