Your Favorite Terrible Movie. Or So Bad They're Awesome

gorfias said:
Sargon does a good analysis of the movie. I think it wanted to be anti-nationalism but the source material was not.

I'll raise you one.


The thing with the Sargon analysis is that I can see where he's coming from. There's various works of fiction that I've maintained don't work as allagory, but Verhoven's intent for the film has been outright stated, and it's pretty clear in the film that at the very least, something is off with the Federation. Even the very first time I saw it, and viewed it as nothing but an action movie, I was left to ask why troopers were handing rifles and bullets to kids, or why a murderer was caught, sentenced, and executed all on the same day (and why it was recommended viewing). And while it's debatable as to whether the film should be analyzed by itself or not, the majority of film universe material since then has gone with the Federation being a morally bankrupt force.


Old_Hunter_77 said:
I place Heinlein at the forefront of this stuff. But also he's a hell of a writer technically and knows how to tell a story.
Click to expand...

The only Heinlein work I've read is actually Starship Troopers itself, but as mixed as my views on the book are, I don't know if I'd put its storytelling as a plus.

Primarily, it's an ideas book.


Agema said:
Verhoeven cuts through and sees that such a military society would be... kind of fascist. He's probably right. And so he turns it, at least in part, into a satire. One might note Heinlein himself also seems to have recognised maybe an issue, as after the book's publication he semi-backtracked on the militarism by claiming civil service was also sufficient for enfranchisement with military veterans only a small minority: but this seems inconsistent with the book's contents.
Click to expand...

Isn't that established in the book itself though? When Rico gets tested, it's established that there's non-military ways to gain citizenship. I forget the wording, but it's mentioned how a moron could become a citizen by counting the hairs on a caterpillar because it's sufficiently challenging, and shows sufficient dedication.


The Rogue Wolf said:
I never did read the book. Did it have the "civilian/citizen" divide where the primary route to citizenship (and being allowed to procreate) was the military, like the movie?
Click to expand...

The citizen/civilian divide remains, but there's no reproductive licence system.


Agema said:
I don't recall reproductive control from the movie (and isn't Johnny Rico the son of a non-citizen?). If it so in the film I don't remember that from the book, so it might be a novelty for the film.
Click to expand...

It's in the shower scene, when the trainees are discussing their motivations for enlisting. One of the female troopers wants to have children, and it's easier (but not required) to be allowed to have children if you're a citizen.

The main theme of the society is its militarism. It takes a rather depressing view that survival depends on kicking the crap out of any potential opponents. The human state is therefore aggressive, domineering and bullying to violently suppress neighbouring alien races. One gets a sense this was Heinlein's view of the world, and many have found it very unpalatable. But it's not quite fascist, either.
Click to expand...

I think there's some truth to that, but the Federation in the books doesn't require an enemy to function per se. That said, the Arachnids in the books are a stand-in for communism. This isn't projection, it's a comparison made in the work itself.
Reactions: Dalisclock and gorfias

Piscian said:
Definitely not on my list of favorite or favorite terrible movies, but I just watched SPEED for the first time and there's an actual scene where a bus defies the laws of gravity and flies through the air like a rocket. I nearly fell out of my chair laughing.
Click to expand...

It also magic'd a baby out of a stroller and replaced it with cans - this is a magic bus, my friend.
Reactions: BrawlMan

Hawki said:
I'll raise you one.


The only Heinlein work I've read is actually Starship Troopers itself, but as mixed as my views on the book are, I don't know if I'd put its storytelling as a plus.

Good piece, thank you for sharing. I did not know that knowing better served. Interesting. He got some shade from Bane666AU for making a super blue pilled video once. I'd think voluntary service could contribute to that. Terence Pop, also military, got experience making him the opposite.

I wrote above I went through a phase of gobbling up Heinlein's books until I got to the point that his characters became too gooey sweet. Don't recall an example but similar to a crit of Chris Claremont that went, "and any time an attractive male passes a female in X-Men, she will exclaim `Yum!'" Sugary characters got to me. But before then, so many great stories like "Job, A Comedy of Justice" where they get to visit Heaven and learn about how many acres are there and such. Watching your video is the 1st time I'd heard of "Life-Line". Tech is invented by a Dr. Pinero that can tell a person when they will die. In Heinlein's books, there are those that can "renew" and become young again. They theoretically could live forever but something typically kills them by the time they're a few hundred years old. Except Lazarus Long. By "Time Enough For Love" one of my all time favorites, he is 2,000 and people want him to tell his story to help figure out how he is still alive. He mentions in that book visiting Pinero's machine and getting the test. He is sent home unsatisfied as after, the techs tell him it must be broken as they've no answer for him.

Heinlein has a body of work that is very different from Starship Troopers. Time Enough for Love being a favorite, but you might find "Stranger in a Strange Land" a more comprehensible whole of a story. They keep talking about making a movie about that and then don't. Unfortunate.
Reactions: Dalisclock

Hawki said:
Isn't that established in the book itself though? When Rico gets tested, it's established that there's non-military ways to gain citizenship. I forget the wording, but it's mentioned how a moron could become a citizen by counting the hairs on a caterpillar because it's sufficiently challenging, and shows sufficient dedication.
Click to expand...

Only in a relatively narrow technical sense. That is absolutely not the message from the book.

For a start, the whole book revolves around the military, which necessarily sets the standard what service means: to put one's life on the line to defend society. Then plough through other innumerable references, e.g.: the school civics class that compares soldier and civilian, not citizen and civilian; the origins of the Terran Federation clearly were based on military veteran involvement in governance that evolves into being formalised, and so on.

BrawlMan said:
Yeah, Frank Miller is so much worse with this. Interesting trivia, did you know he helped write the script for RoboCop 2? That explains the drop in quality.
Click to expand...

There was a comic published a few years ago that was an adaptation of Frank’s uncut script for Robocop 2 and 3. It was actually pretty good and had the movies been made as presented in the comic, I feel Robo 2 and 3 would be better regarded. Still not as good as the original but decent and logical follow ons.
Reactions: gorfias and BrawlMan

Hawki said:
mentioned how a moron could become a citizen by counting the hairs on a caterpillar because it's sufficiently challenging, and shows sufficient dedication.
Click to expand...

He was strong proponent of meritocracy which doesn't require military service, but any kind of unelected public service, mailman etc. It mostly revolves around making everyone apply effort to show they belong here, but if someone has a disability you have to give them some option for service so in general any idiot could earn citizenship if they put in some kind of effort. I'll admit I haven't read the book in about 25 years so I honestly don't recall if it was entirely fanatical about the ideas. I know the movie takes massive satirical digs about what modern meritocracy would look like, especially if the US military implemented it. I'm a big fan of the concept, even in the movie, but acknowledge it faces the same problems any other government would.
Reactions: Dalisclock 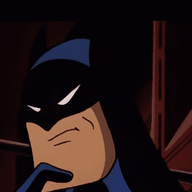