Glee! A Return to form. Some excellent humour and a bit more thought.

Still got that shitty intro though. 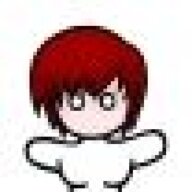 My brother adrian now thinks you stalking him.

Brill review, with some good humour, and extra points for scaring my bro 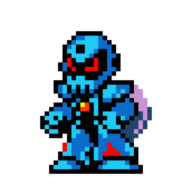 That was a great video.

The enphasis on dick jokes was spot-on.

So much dick jokes
Creepy...
J

Review was entertaining but all these random rants now seemed like hes trying too hard. Does he really need to tell us the first 1 min or so about how gamers are 'ruining' the industry because they do not buy what yahtzee or [insert name of picky-for-the-sake-of-it gamer] cannot measure all games with the same elitest stick? Sure its not good if FIFA sells millions while masterpieces like Okami sell very little but so what that is real life, people are free to buy what they want to enjoy.

I enjoy games across all spectrums like Gears and Halo as well as Okami, Beyond Good & Evil and Psychonauts etc. It is all about being in the right mindset - dont expect to be wowed by the art or story in Gears and conversly don't expect to be shooting stuff in Ico. Just take it as it is unless the game insists it is trying to be something it is not (or failed to do).

I value innovation and diversity too but I just don't act like a twat about it. But I guess thats his act. I am just wary of gamers trying to emluate his style only to end up with a generation of gamers acting like complete dicks with a 1 dimensional attitude towards entertainment mediums.
C

Never heard of Braid before now but entertaining review all the same. The birdy to the Yanks brought a smile to my face.

There have been pikachu condoms in Japan in the past o.o....
P

Good to know that somebody else hates 'that guy' as well!

Just a few days ago I realized that my PC isn't even fast enough to fluently decode videos anymore - and by 'decode' I mean PLAY! The 720p XVID videos which seem to become standard around the intertubes totally hog the CPU at 100% load when the action starts.
It makes me feel so damn yesteryear!

Nice review, and nice Heroes reference.
Actually, you really can hear a strong edge of hatred in his voice. That's how you know he's not just going for cheap laughs.

PS. Loved the comment about the Princess being the atomic bomb. 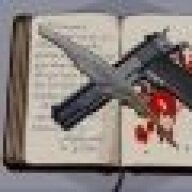 Although I enjoy Yahtzee's reviews I do think they're usually extremely harsh and nitpicking...sometimes for the sake of being funny.

I any case, though I usually tend to disagree from his reviews at some point...this time I have to agree.

Braid's virtues and flaws have been accurately described. Among the flaws, the breaking key mechanic feels cheap and the repetition of puzzles as well; and the "open-to-interpretation" narrative combined with the joke metaphor illustrated exactly how I feel.

Funny he didn't point out games are even cheaper in his original country of origin... Great review however!

As for Braid, I played the demo and is was good but even though I CAN RIGHT NOW buy and pay it due to my obscue amount of free points I've amassed over last year I won't at this point in time... why? Well of course theres the fact I want to finish other games first but there is still hype. Hype is what can turn me off a game (hence why I avoid everything about GTA int he previews before buying it) but what can really turn me off a game is when its hype for reasons beyond that of gaming... art... Now I was all ok with Shadow of the Colossus for example until the end, to put it blunt I did not like the ending... AT ALL. Yet that didn't stop me from enjoying the game before but it was along time until I did to shake off all those irritating screams of passion from its forums where most users don't understand the word, let alone the concept of opinions. I have a feeling Braid will follow suit. Its like me degrading my Wii when visitors see it to distance myslf from the nobs in TV adverts. The only time this hasn't been the case was with Bioshock... because it had core gameplay along with all the style blah blah blah. Although given Braid IS an indie game prehaps I'll give it a shot sooner.

Meh, even though you can see flaws in the industry, its no way near as bad as Japanese exclusive games industry *shudders*. I think Yahtzee can agree with me there.
M

You're going to have to expand on that one as not everyone like platformers and/or puzzles... don't worry though, I know what you mean... in theory.

I don't know if calling the "breaking key" thing a "dick move" is really fair. It's completely based on the time mechanics and whether a given door or key can be reversed. It isn't arbitrary at all and thinking through what will happen logically before trying to open a door will always reveal what will happen if you do. I remember being irritated at having to reset a room once or twice during the game but that rarely took more than a few seconds. Compared to the minutes it can take to reload a level because of something totally arbitrary that happens in most games it's really a very small inconvenience.

Wow, I'm shocked, nothing felt forced and it just sounded like yahtzee "back in the day" but in better quality, good job Yahtzee, this is what makes your reviews good and fun to watch.