Michael Prymula said:
AJ specifically said his disappointment had NOTHING to do with women, didn't stop sexist pigs from shooting their mouths off though.
Click to expand...

Angry Joe's a pretty easy guy to respect, honestly. As you've said, though, it doesn't change the fact that some guys could do with either a shot of maturity in the arm, a few extra female friends or coworkers or some time out of their self-sustaining ideological echo chamber.

You'd think that some of these idiots have never had the pleasure of working or spending time with someone of the fairer sex.

OT: The idea that Firewatch's reveal (which I'm still unspoiled on, for the record) is actually nothing actually fascinates me. A lot of people have said that it feels unsatisfying, but it also seems like most of those people feel that way because the game didn't travel along the path they were expecting.

Obviously being unexpected doesn't make something good, but I'll admit to being more interested in an ending that fizzles out in a rather plain manner than something so bombastic and overblown that it could've been part of literally any other video game.

An interesting thing you can do in Firewatch, I gather, is to NOT respond to ANY of Delilah's chats (i.e. completely ignore her). Apparently she really starts getting antsy, and you get a somewhat different conclusion. 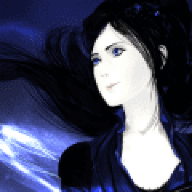 I *kind of* liked both of them.
Firewatch had good if slightly smarmy dialogue (as Yahtzee mentions), the pacing is a little slow but that's fine for gradual reveals. Things get really odd and interesting about halfway through, then it just peters out when everything is explained at the end and I got this sinking realization that nothing I did changed anything in any significant way.

The problem is that the camera, and the fact that you could pick up items, led me to believe it was more of a mystery/true crime game where I'd have to gather evidence to both figure things out and establish my own innocence at the end. Nope. Waste of time.

Layers of Fear has too many dumb jumpscares and really, really needs to get over the "creepy messages on the wall" thing. On the other hand, I kind of liked its use of line-of-sight tricks even if they never let up. It wasn't terribly scary, but it did lead to a few cool dream-sequence moments and hey, I just love that shit.
I

It's been said before in the thread, but Duchamp's urinal and ready-made art in general needed a while to be recognized as such. For years, people looked at the guy's disconnected piss-receiving device and wondered what the fuss was about. Anticlimactic finales in video games might have to pass through the same period of acclimatization before people look at Firewatch or games with similar aesthetic conceits and admit their endings make sense.

As I've said, I'm not interested in trying it out. Denied expectations don't justify the asking price, neither does offering patronage to a team that's pushing interactive narrative delivery down a new path. Someone else might disagree, however, and say Firewatch has enough artistic pedigree to make the price tag feel strangely low. That's fine. Art being subjective, I'd say gamers tend to put their money where their personal subjectivity happens to stand.

I mean, SuperHOT makes fun of the whole "innovative shooter" notion and really does poke fun at our habit of sticking superlatives on anything we even remotely like, but if our own critics at The Escapist can look at Layers of Fear and call it a masterpiece, then someone else liking a product that's short on traditional mechanics really isn't surprising.


Michael Prymula said:
The Witness sounds like a pretentious piece of crap, I avoid it for the same reason I avoid all those damn Oscar bait films.
Click to expand...

I've already spoken at length about how I feel about The Witness, but I'll just quickly reiterate that if you want something that has a similar scope but none of the preachy annoyances, I'd recommend any one of the following:

Myst series: world-building is king, so the focus is laser-tight and there's zero pretentiousness on offer.

The Room series: see Myst, but with a darker, slightly Lovecraftian and definitely horror-inspired tone. No preachiness at all.

The Talos Principle: heavier themes, but the presentation stays clear. The game tackles heavy subject matter like the nature of consciousness and of Humanity in general, but it stays palatable. The religious allegory never feels heavy-handed and instead frames the game's structure extremely well.

Portal series: otherwise known as "The Source Engine has a Physics Engine, let's Fuck Around with It". Zero pretention, terrific world-building that's joined the Valve-verse's canon, occasionally pitch-black and sardonic humor. Parenthood and motherhood are tackled, but only in the bylines.
I

Michael Prymula said:
Indeed, some people still have that outdated attitude that women should only be sex objects.
Click to expand...

And that's a shame. There's nothing quite as sexy as a woman who gives good brain: a buddy who helps you work on your D&D campaign, that bright penny in your class that's not only pretty but also really awesome to listen to, or just someone from the opposite gender who happens to enjoy spending time with you, no strings attached.

There's a popular notion suggesting that men and women don't perceive the world in the same ways, or just don't flat-out reason in the same ways. You'll typically hear that being used as an excuse to denigrate the other gender (and that goes on both sides, honestly), but it can also be understood to be a compliment. I'm pretty confident in saying I wouldn't be who I am and where I am today if it weren't for several women who were there to prod me along.

Women are awesome, despite all the really facile pandering a lot of popular media seems to imagine women want or need. You don't need to be antagonistic or to bully your way into a traditionally masculine field of work to be worth a damn. Or, at least, you shouldn't have to. Being yourself, all genders considered, should suffice. Being true to who you are opens a lot more doors, in my experience, than saying it's Someone Else's Fault if you can't have nice things.
Show hidden low quality content
You must log in or register to reply here.
Share:
Facebook Twitter Reddit Pinterest Tumblr WhatsApp Email Link
Top Bottom