Evan Waters said:
Or they can just develop good exclusives. I think developers are starting to develop an interesting sort of two-tier system here, making "main" games for the PS3 and XBox 360, with spin-off titles for the Wii. The Wii gets Umbrella Chronicles, the others get RE5, and so on.
Click to expand...

The operative thing being the Wii gets cheap, low-effort games so it doesn't matter when they inevitably fail to sell much numbers-wise. This hardly indicates developer confidence. They don't benefit from a two-tier system, and the third-party games putting out colossal sales figures all have one thing in common; they're not on the Wii.


Evan Waters said:
Really, all this means is that you can't rely on the same "everything is portable to everything else" mentality as in the last generation, which is not so terrible. If we're going to have different consoles they may as well provide different experiences, not minor variations on the same software.
Click to expand...

The last generation, and all the ones before it. Odd consoles out always get shafted by developers because it's expensive developing a whole other game just for one market section. Hence, the Wii gets lumped in with the PS2 to offset risk.


Evan Waters said:
And honestly, this is just a good business strategy. You cannot be reliant on other companies for your success- the weird exclusivity wars that Microsoft and Sony are waging over major third party titles is not good for gamers, as the R2 Ghostbusters issue shows.
Click to expand...

Lest we forget, the best-selling console of all time is the PS2, and the games that got it to that position of ridiculous supremacy over competitors were all third-party titles. Consoles are reliant on third-party sales, and disregarding them will result in a console with a few shining stars you made surrounded by trash hucked there by people who don't care, while all the big developers stay well clear and stick with companies that don't have a reputation for costly and needless meddling with third-party output. Both the N64 and Gamecube lost out enormously due to a lack of third-party support, while the PS1 and PS2 flourished due to an abundance of it. A console sales strategy that discounts the value of third parties is going to work out badly for the people who buy that console and find that outside a handful of self-published games there's a huge wasteland of sod-allness where the software library should be.

Nintendo are risking backing themselves into the same dead end Atari did back in the 80s, surrounded by companies just looking to cash in on the large Wii market with no real knowledge of how to actually make a videogame. The fact that they don't seem to give a damn what third parties do because they make money just from people buying the console doesn't bode well for the machine's long-term prospects.
T

yosophat said:
I should have said better systems instead of "good" and mentioned my tendency towards PC games. Eventually graphics will hit the visuals wall, someday, and developers will have to work more on game-play and story telling *fingers crossed* hopefully sooner rather than later.

The Wii though is a good system, because it is trying to evolve game play. In all actually its one reason i like nintendo right now. The problem with it is no one is actually using the wii to what it is capable of doing.

I know of this guy who is working on his own MMO. Its not pretty, its not very gimmicky. In fact most people say it looks like a runescape clone. Others hate it because you play a wolf or sheep, or a few other animal critters. Instead of being able to play a female night elf mohawk. But he is one person i see who actually cares about making a game fun. And he trys his damnest as well, but he is only one man.

Course no one will actually give the game a spin and assist in coming up with ideas, or even assist in other locations of the game. And its sad really. This was one of the first games i've seen that used to come out with patches and minor tweeks daily, until the few of us who've been the testers since beta told him to slow down, take and take a break. I just wish more people would come and play. 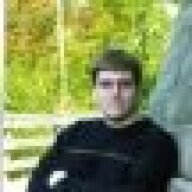 Is it just me or are more and more of his reviews feel like he doesn't play the game, (Except for Duke Nukem, I know that that was a joke) and instead made the review like this:

And to you people who complain on message boards about how much you hate the Wii and tell people to not buy it at all in lieu of (a fancy phrase meaning instead) giving tips about owning a Wii (i.e look up reviews to find good games, etc) I say to you only this:

You are immature Yahtzeebots (people who agree with everything Yahtzee says) who only like the same franchises over and over from Nintendo. Branch out, take a risk on a game you've never heard of that you have no preconceived opinions of. Why are you guys taking gaming so bloody seriously especially about a console called the "Wii"? Can't we all just have fun and play the games we want to on any console we want. Actually if you're still reading at this point I commend you.

Kage Me said:
Metroid Prime 3; Corruption. I assume you get the point, yes?
Click to expand...

Not at all. A select few games doesn't prove me/him wrong. Especially not that one, the controls absolutely sucked. Go play FPS mode in Time Crisis for PS3, it puts MP3 to shame.

The hole pushing the edge of the screen to turn, was horrible 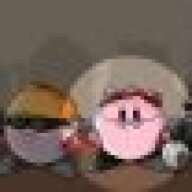 WAIT A MINUTE...."a spot of the ol' ultraviolence"?? are you quoting clockwork orange you sly bastard??

Has no one considered that he's not a PS3/XBox fanboy? Rather he "picks" on this system because it has such a huge flaw? And no, I am not a fanboy of either of the two other consoles. I own both. There is no difference. They're clones. Get over yourselves.

The aforementioned flaw being the fact that the PRIMARY INNOVATION OF THE WII DOESN'T FUCKING WORK.

The reason that it is in all-caps is because it is a huge issue for both the developer and the gamer (actually it's a problem for the developer BECAUSE it's a problem for the gamer) I am convinced that I have a higher-than-normal electromagnetic field around me because the damn thing never works for me, despite all attempts by me and my friend who owns it to fix it. I have lost count of how many times I have lost a battle because I couldn't get it to respond in time if at all.

And about this game in particular, my experience with SEGA hasn't been the best. They made Aliens Versus Predator 3 and they sure cocked that up as well, which infuriated me since I love the opportunity to use the weapons of the Colonial Marines. Mind you, they are the developers of the now-infamous Sonic the Hedgehog series, which I am honestly surprised hasn't been driven so far into the ground that all methods of salvage are inevitably futile. Of course, these are kids playing that series (not console, since there were XBox and PS3/2 games as well) and we all know the shit they'll accept and defend.
Show hidden low quality content
You must log in or register to reply here.
Share:
Facebook Twitter Reddit Pinterest Tumblr WhatsApp Email Link
Top Bottom