hehehe, i've seen this review so many times, but i only just realised some of the "icing on the cake".

in the credits theme, Yahtzee puts a question mark on the end of his name. hehehe, the sly dog, thats exactly what i do to lighten up any situation amongst a group of (guy) friends
H

This MGS review is quite good...much more complex than the other reviews including MGS history as well. Worth to check:

brazuca said:
Hey!!! MGS series is the Matrix of video games. You just need open your mind. Yes I would vote in Kojima for President!
Click to expand...

lol, but the matrix story becomes absolutely fucking terrible after the first movie...and even it was only average. 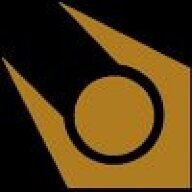 Yummies Employee of the Montth

I have only two things to say about MGS4 that I don't agree with yahtzee about. One, I completely agree that the amount of cut scenes probably amounts to the length of a movie, however the first cut scence, before you get to control snake for the first time was pretty good, and, (I figured this out in the first level yahtzee you tard) you don't have to hold fucking triangle every time you want to fire in first person, just tap it once, and besides the only reason to go to FP is to snipe because the muzzle flash from the assault rifle plus the recoil makes it a blind crapshoot at 300 yards with a blunderbluss...while blindfolded
C

I'll admit Metal Gear is one of those indefencable series. I actually had the misfortune of having Metal Gear Solid 2 being the first installment I played - already batshit as a sequel, as a story it baffled my ten-year-old mind beyond belief. I mean, what can you say about a series that has an evil clone possessing a general Custard lookalike via a grafted arm stump after a cybernetic ninja cut the lookalike's hand off? Still though, I played Metal Gear Solid 4, and I would give it a cautious recommendation to my fellow players of the Metal Gear fans based upon these two reasons alone: 1 is taht the story went on for a while and tensions mounted, and we wanted to see how it went, so even if the story is trite, it's nice to at least have some closure. And 2, this reason being the one I would recommend it to people who HATE Metal Gear Solid no less, is in its quest to tie up the loose ends, it does its darndest to MAKE SENSE of MGS2! That's right, they try explaining Vamp and the weird possessed arm-thing (the latter with about one line barely heard in the ending that I won't spoil but basically amounted to do with it not being real). And trust me, watching them juggle all the bullshit that has come before is a whole other kind of entertainment! 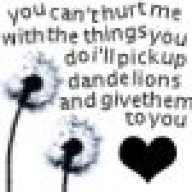 The MGS never really appealed to me. I blame that on trying to start on number two. I'm fairly sure my brain tried to evacuate at some point during gameplay. The story so confused me. Watching friends play this, it never encouraged me to play. I will say, everyone of my friends laughed hysterically when it was disovered their was an adopted child.
V

I disagree that The World Ends with You has "too much story and not enough game." The screen is not filled with text, and the gameplay is unique, customizable and, in my opinion, adequate, despite the lack of interactivity (as you mentioned in your other review)
N