Anyone else not getting any sound on the video?
Y

Adjusting the volume slider on the browser player fixed it for me.
F

So it did! Thanks!
That's really weird, why's it started doing that now? It used to work fine before.
C

I had the same thing happen, just play with the volume on the player. That fixed it for me.
C

I noticed that problem the first time today, I had to click the sound icon on the player even though it didn't show that sounds were turned off.

To the review: I really had to look this one up because I had never ever heard of it. The most upvoted steam review was happy to inform me that it holds the Guinness World Record (no, seriously) for game with least copies sold that also received game of the year awards. Wow, so it's not just me who never heard of it.
Also, very gratifying to finally have confirmation that Yahtzee isn't a cat person, I almost missed the 19 million subtle hints in that direction over the years. What I gathered from the review sounded pretty JRPG-ey, so I'm not entirely sure if I want to drop 20 bucks on it...then again, if there's a JRPG Yahtzee sort of kind of likes then it's probably worth directly injecting into your bloodstream.

I had the same thing happen, just play with the volume on the player. That fixed it for me.
Click to expand...

Yeah, same thing for me. Man, this website's taking a steady trip down to the dumpster...

"I now challenge the comments section to list every game where you can widdle on the enemy."

Well, there's Binding of Isaac if you get the "Number One" powerup.

but I kind of like the flowery arse sprinkles when you run...

CHALLENGE ACCEPTED!
In the South Park game for the N64, one of the weapons is the Yellow Snowball. Basically the "power charged-up" version of the regular snowball, but which ever boy you're playing as pees on it before throwing it.

And yeah, that's weird about the sound thing. I had to check my keyboard to see if the mute button was pressed before fiddling with the video player's volume gauge.

In Stubbs the Zombie Rebel without a Pulse, in the Water Treatment Facility level, you take a piss in the water vats, and can use the piss stream to knock enemies down and turn them into Zombies.

In Conker's Bad Fur Day you get drunk and piss on the devil twins, and you use piss to knock the rock people around in the night club.
D

Personally I agree with Joshscorcher on this game being very overrated, anyways hope Yahtzee finally reviews COD WW2 next week.

He already did - during another game review. It's CoD, but they went backwards again.

I think I still have an old Wacom tablet lying around somewhere, I'll have to try digging that out if I pick it up.

It'll have to be on a pretty significant sale though, because despite the game being 11 years old Capcom apparently still hasn't bothered to figure out how to make it run at a non-languid framerate.

I wonder which version Yahtzee played. If it were the PC one I would presume he could just use the mouse to do the drawing, unless Capcom was being especially Capcom-y and actually made a PC game that does not work with mouse and keyboard at all. And if it were the PS4 version, I'd like to believe you could use the touchpad... you know, that touchpad that Sony put so much effort into adding because it's pretty much the last thing you can bolt onto a controller before it becomes objectively worse.

Played this on PS2 a while back. Loved the shit out of it. It's basically Ocarina of Time with a fresh theme.

About the peeing:
South Park's FPS game had pee on snowball,
Duke Nukem loves to pee and comment on it.
Maybe Saints Row 1 had some?

EDIT:
If it's that important, here's a list with a blast from the Newgrounds past:
https://www.newgrounds.com/bbs/topic/1191616
K

Eh? The christian God isn't the sun? I wonder if the guy who made "sunday" holy knew that...

Just kidding, but I have heard that scholars think the roman emperor who decreed sunday as a day of rest did actually believe that christians were worshipping Apollo. 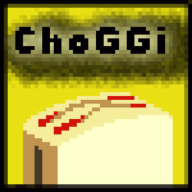 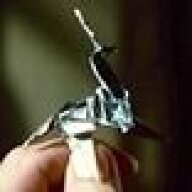