And yet he gave it a fairly good review, so what does that say about posting on videos you haven't watched? 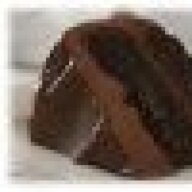 Maybe I've been doing something wrong, but I only became a Prince of the Money Universe around level 25, about 75 hours in. I loot just about everything and I only had the problem of having to go to more than one shopkeeper only a few hours before that. Hmmm, maybe because I was hoarding up all the dragon bones and scales instead of selling them for moolah because I saw that you could use them to forge Dragon armor... Oh well, I still have enough money to buy me, Jarl Balgruuf and Paarthurnax a giant pool party using the whole of Whiterun in place of a pool.

Also, it sounds like yahtzee only used 1h melee weapons. I dunno about you, but even while specializing in dual wielding swords and light armor, I found my major skills to include destruction and archery as well as speech, enchanting and smithing. The point is: in spite of being a "slice up the opposition until their corpses resemble thin slice ham" type of burly warrior, most of my battles involved quite a bit of weapon and spell switching, varying up my strategy usually when the battle went tits up. That and using runes to lay hilarious exploding traps. I bet that ancient undead lord never thought that the ol' arrow to the forehead would be followed up by a fiery explosion and a flourish of penis extensions.

thaluikhain said:
Anyhoo, I thought this one was funnier that the last few of Yahtzee's reviews. Summer brings on better jokes?
Click to expand...

You can only work with the material given!
R

Breno said:
hated the start because you runined in i was ceeping it a surprise for myswlf
however thought the end of the video was funny
Click to expand...

Does anyone know what the fuck this man just said?
Click to expand...

I'm an English teacher, so I have to decipher a lot.

1nfinite_Cros5 said:
I'm not an Elder Scrolls fan, but I'm glad it's getting a massive amount of popularity. It just goes to show you that a game doesn't need a multiplayer to survive in the industry.
Click to expand...

But needs a million fans to survive.

The Storyline was speed rush and only lasted about 2 hours or so. It was speed rushed by the Developer no less. Heres the Article: http://www.geek.com/articles/games/skyrim-completed-in-2-hours-16-minutes-by-determined-game-testers-20111013/

I'm thinking it took Yahtzee about 2 hours longer because of buying shite, but probably didn't have trouble with the story, since it tells you where to go everywhere.

Eh, seems like he sorta liked it but thought too easy, but still, if you want it, go pick it up.

I was hoping Yahtzee would do that too, but he didn't, so... Yeah, disappointing but whatever.

jessegeek said:
Huh, if it's that good I might actually buy it in the sales now... honestly wasn't expecting that, but if the dead-eye stare has gone and the combat is willing to meet me halfway on the intuitive level then we have a deal.
Click to expand...

Oh i was dreading the combat and the conversations too, because of "Oblivion", i hated that game with passion for only those 2 things, but when i read how much fun EVERYONE in the internet was having i decided to buy it like 5 days ago, i was pleasently surprised that the combat haves improved so much you could say its an entirelly different company that made the game so yes, buy it, you will be pleasently surprised

weirdguy said:
Trivia: the first nude mod was created within a day of release.
Click to expand...

More triva!First mod released for the game was a replacement mod for the female panties.
Q

Bang on as usual. Best ways to kill enemies when you have archery is finding spots where enemies have to run around to hit you, and then you jump down and they have to run all the way back. SO basicly i hit level 45 without having leveled any armor at all so i was pretty much forced to kill things before they could hit me, which is not really a problem, both giants and mammoths die quite fast with 3x sneak bonus.
E

I killed an invisible dragon once. Pulled a finisher and everything.

And I also killed an undead dragon. I stole this soul whilst he lived... Then he got up as a skeleton and tried to kill me. 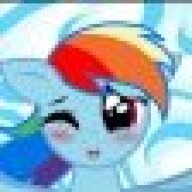 I am now inclined to end every conversation I have with something random and out of the blue, followed by, "No, I don't know what I'm on about, go away!" Imagine the dumbfounded looks on those peoples faces.

OT: I haven't played the game yet, but I'm looking forward to getting it this Christmas. Glad to see that it's universally liked. 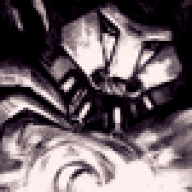 I'm still wondering why this was £22 to preorder, yet it's always been £35 on STEAM (which is apparently with £5 off!). How do they manage to sell anything?

But yes, I loved Morrowind and I loved Oblivion. I just hope Skyrim doesn't disapoint. There are so many things about it which I worry about before even playing though and that has never happened with their games in the past. Oh Bethesda, do not abandon me now...

Shame Yahtzee cut down the bug story that he told on Desert Bus for Hope. The animation demonstrates it but he doesn't say it: She not only disappeared into the ground from 20 feet up, she did it in steps like she was walking down a flight of invisible and intangible stairs that started in the air and ended underground. 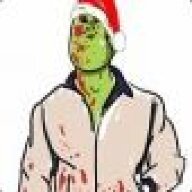 Doom-Slayer said:
Actually watched it. And im still confused whether he liked it or not. Strangely being the magically space god I am, I havent had a single glitch or bug in the game just like Fallout3 and New vegas before the uber patchs, so I find it strange when people comment on that.

But..he was gentle to it and said he was immersed so Im not sure whether he was just forgiving the gltiches and tolerating it or genuinely liking it.
Click to expand...

He liked it, the review might not have been particularly positive but the simple fact that he didn't say anything that bad about it proves he liked it, Yahtzee rarely praises a game even one he really enjoyed. 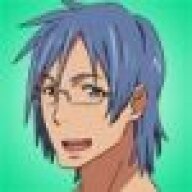 Is it just me or did that bit about the old woman glitching sound familiar? I seem to remember someone saying something just like what Yatzee said in a thread about skyrim glitches.
J

Yes! With all the food in the game and it being fairly useless, there needs to be hardcore survival mode. When the creation kit comes out, make it so mod community.
T

Oh dear mr Yahtzee, sounds like you could do with higher speech, shops become godly.