I really don't trust early access, I'll wait until the next arc is properly installed before risking it.

It's pronounced "JAAAAAAAAAAAAAMM", but you have to whisper it.

delroland said:
"Sorry, Erin. Just wait outside; we'll only be a minute."

Zing! You've earned a cut of the presales! Or Grey will sue you for idea theft. IDK how Early Access development works.

OT: I went and looked at the early access section of steam today and I swear it has grown a page since yesterday....
T 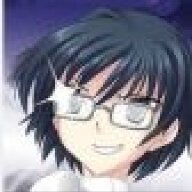 OTOH, can't you just not buy early access games until they are finished? Sure, the idea is stupid, but it's an option, not a necessity, right?
Click to expand...

I think one of the bigger issues with Early Access isn't so much that it's immediately bad for the gamer, so much as it could turn into a bad habit for developers. If they can just throw together some half-assed project and work on it at their leisure why the Early Access cash rolls in, there isn't much incentive to really push for its completion, is there?
6

To which Tesla replied:

That is friggin' beautiful. I love looking for all the little details and descriptions on comics like this one.
W 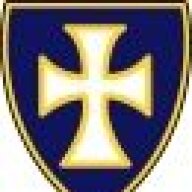 Should've made the "Add to Cart" button clickable to see how much money people would be willing to give you.

Every now and then Critical Miss scores an absolute home run of a comic in my eyes.

This is once of those times, it's funny cos it's true xD

If you pre-order a game, you'll have to wait until it releases and then realize how shitty it is (I'm looking at you, Brink), but with Early Access, you get to play an unfinished turd right away, with the eternal hopes it'll ever get finished someday.

Features missing?, you can't complain, because it's stipulated on the front page (sometimes it doesn't) that it's unfinished... and the devs are indie, so somehow that gives them the power to not even release something "finished".

Okay, this one caught me off guard. Good show.


Lvl 64 Klutz said:
For those saying they don't understand the problem with Early Access: I think the main issue is it promotes laziness. Call it the Google syndrome (or Minecraft Syndrome, whichever you prefer). The developer is already making money on their game, so there's no need to hurry and finish the game. While that promotes a more bug-free game, it means folks who want to play the completed version of the game will have to wait forever for it to be finished.
Click to expand...

I always found it interesting that when a new trend or policy in gaming is introduced, a lot of the game populous take issue with it on the grounds that something bad or undesirable might happen. Not to discredit these criticisms, mind you. In some cases (SOPA, underage purchase of M rated games made illegal), the fear is very real. Just saying that it's interesting that the main goal of gamers whenever stuff like this comes about is to minimize the amount of variables as much as possible.

Not making a statement, just an observation.
V

Anyway, nice comic so far. Has potential. Would wait for completion and perhaps a sale though.

What's with all that talk about Ealry Access lately btw? Not that I mind. because I think it's an interessting discussion, but Early Access isn't that new and I didn't hear anything about anything out of the ordinary happening on there. Yet you hear so much about it lately.
Click to expand...

OT: Pretty awesome, particularly the change log and the rest of the "Steam" page

TheArchbishopJubilee said:
This is just crazy funny. I laughed out loud! and I'm so glad the resurrected Tesla finally got some exposure. It's about time. Now if only Erin would show a little more skin....
Click to expand...

A somewhat-intoxicated little birdy told me there may be some 'provocative DLC' for early adopters down the line.

This was pretty awesome! Though I can't say I've given too much thought or attention to the Early Access...Ea...EA...OH MY GOD, IT'S BEEN EA ALL ALONG!

I don?t really get the point of early access beside supporting the developer, which I guess isn?t the worst reason to buy something.

When has this been greenlit by the community?!

And wait, is that Tesla as Two-Face I'm seeing here?
Q

Figures that it's not available on the Mac.

I was really trying to get the joke till I scrolled down.
I

Nice strip. Also a good excuse to rant a bit...

Guys, I really don't see the problem with Early Access games. If you don't want to buy an unfinished product, just don't buy it, and wait for it to be properly released. You only have a right to complain if the game you bought isn't making gradual steps towards being a completed product or if the developer isn't paying attention to feedback.
Show hidden low quality content
You must log in or register to reply here.
Share:
Facebook Twitter Reddit Pinterest Tumblr WhatsApp Email Link
Top Bottom