Surely, the end times are near.

For a while there, it seemed as if moviegoing audiences would eat up whatever diamond-studded turd Adam Sandler could crap out and happily ask for seconds. His pair of Grown Ups movies managed to rake in over 500 million dollars internationally. Jack and Jill, despite holding a 3% approval rating on Rotten Tomatoes and winding up on nearly every critic's "Worst of the Year" list, hauled in 150 million goddamn dollars [http://www.boxofficemojo.com/movies/?id=jackandjill.htm] internationally (albeit on a $79 million budget, which is equally insane to think about). And did I mention that the Grown Ups series made 500 million dollars?

In the past couple years, however, it seems as if the tides have started to turn against Sandler. Last year's Pixels failed to recoup its budget here in the states, 2014's Blended underperformed as well, and The Cobbler failed to even earn six figures [https://en.wikipedia.org/wiki/The_Cobbler_(2014_film)#Release_and_reception] during its limited release. Was it a sign that Sandler's hackneyed, formulaic plots were finally beginning to grow stale, or that audiences were finally starting to grow up?

It's a hard question to answer, but it looked as if Sandler was in store for another dud with his Netflix original, The Ridiculous Six, when it began to leak that entire fleets of Native American actors were walking off the project [http://indiancountrytodaymedianetwork.com/2015/04/23/native-actors-walk-set-adam-sandler-movie-after-insults-women-elders-160110] citing racially insensitive treatment and disrespect from the crew.

But wouldn't you know, it appears that Sandler has triumphed once again despite all odds.

That's according to Netflix's chief content officer, Ted Sarandos, who revealed at the company's CES 2016 keynote that, "The Ridiculous 6, by way of example, in the first 30 days on Netflix it's been the most-watched movie in the history of Netflix. It's also enjoyed a spot at #1 in every territory we operate in, and in many of them it's still #1."

You read that correctly. In just one month, The Ridiculous Six has been viewed more than *any* Netflix property, both original and licensed (this according to The Verge [http://www.slashfilm.com/netflix-ridiculous-6/], who first reported the story). The amount of truth in this statement is up for debate, as Netflix has failed to release any actual numbers to back up their claim, but still, that kind of unprecedented success almost surely means that a Ridiculous 7 is headed our way.

Why is this world so cruel...

Shame on you for bringing this depressing news to our attention! There are certain things you simply shouldn't tell people! I should have been able to continue on with my life assuming this had done terribly.

Thanks for nothing, Netflix.

*sigh* Where's Professor Farnsworth? Because I don't want to live on this planet anymore...

I'm sadly not surprised. Without the shame of having to queue up in front of the general public and ask to buy ticket to an Adam Sandler movie some people will watch anything. This cannot stand. I move that all data tracking resources should be re-purposed to monitor who is watching Adam Sandler films on Netflix and have them named and shamed... for the greater good.
S

i bet many people just looked into the movie to see how bad it was. i have to admit, im one of them. but i couldnt bear more then about 10 minutes before turning it off. it was just too bad.
but i wouldnt have gotten a sub just for the movie, and that number is important yet difficult to get.

Something clever about being told about a trainwreck, then going to see it, then, I guess, that somehow encouraging trainwrecks? I dunno. I watched it, but I don't think of it as endorsing it, more like seeing what the hubbub was all about, so I could see why people were so upset or angry. I wouldn't have payed to expressly see it, but it was Netflix, you know?

To be honest, I felt that the problem with the movie was it wasn't bad enough, really. It fell flat, but it really didn't have to. The jokes all sucked, but it captured some of the visuals and aesthetic of the genre. A little.
I

Tell people something sucks or is horrible, they'll want to see it. They will, apparently, even if said object is gated behind a subscription fee. Controversy, unfortunately, prints money more often than not.

That's unbelievable. As in I literally don't believe that. They're fudging the numbers. Something is being exaggerated or misrepresented by Netflix.

I feel a little bit ill knowing this. Now, far be it from me to make sweeping statements, but i would be very much interested in knowing what correlation there may be between these viewers and Donald Trump supporters.

*Windows 98 error noise*
...
Upon rebooting, I've realized that this may not entirely be a case of popularity.
If you hear a movie in theaters is bad, you're not going to spend money and time to see it.
If you already have a netflix subscription and you hear a movie on netflix is hilariously bad, you can put it on in the background for no extra cost.

Sounds like a case of app-design, actually.
You stick what you want to be popular up front in as many places, as big as you can.
Make people click it by accident, or without knowing what it's about. Since it won't cost anything they will click.

And then proclaim each 1 minute viewing (or just the click itself) constitutes a 'viewing' or whatever you want to "count".
Voila; viral marketing exposed 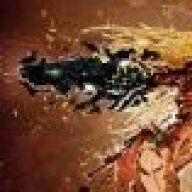 IamLEAM1983 said:
Tell people something sucks or is horrible, they'll want to see it. They will, apparently, even if said object is gated behind a subscription fee. Controversy, unfortunately, prints money more often than not.
Click to expand...

Loads of people have Netflix already though. So for them checking out this movie costs nothing at all.

I desperately want to believe there's about a million "footnote" markers with that statistic. I could be wrong; it could be that Sandler's latest has found an audience that was really looking for a Sandler comedy and found in "6" something that they enjoyed.

1. "6" is the only movie I've seen on Netflix that announced its presence with a loud ad every time I booted my console. Neither "Arrested Development", nor "Orange is the New Black", nor "House of Cards" ever did such a thing.

2. "Most viewed" doesn't mean that everyone who started watching it finished it.

3. As others have noted, a movie that gets terrible press may attract curiosity, especially in those who can watch it for free.

4. ...And how many of the people who watched it gave it a positive score?

Apparently, Netflix is contracted with Sandler to make several movies (and may I again say, WTF, Netflix?!) so it may well take the next movie before we can tell if there really is a strong audience for Sandler on Netflix or if this alleged success is a fluke.

Or, you know, Sandler's next movie could actually be good. Sometimes the security of a guaranteed payday gives a performer the ability to take some risks and try to make something worthwhile. Sandler doesn't have to be a whore (i.e. someone who does solely for money what they ought to be doing for love).

I just hope that statistic is some stupid fluke, as being "watched" doesn't actually mean being "finished" I hope it was just a bunch of curious people going with the logic of "Well I have netflix already so it's not gonna cost anything, is it really that bad?"

Nobody ever went broke underestimating the taste of the American public. - H. L. Mencken

Why does this surprise anyone?

The important figure isn't how many people watched it, but how many people signed up to Netflix so that they could watch it.
Unfortunately I suspect that the leaders at Netflix may have problems understanding the importance of that distinction.