I agree that their sense of quality is very much intact though. Diablo 3 was a hiccup, but still, it happened. World of Warcraft and Starcraft are giants in their arena's due to Blizzard's sense of quality. I think Titan will be something interesting.
Click to expand...

It's a good point, but a launch is a launch. I've yet to see any online game work well from launch. I was at a D3 LAN at launch and we were all playing within two hours, some of us from the beginning.
I think it speaks more of a general poor attitude in the industry as a whole of being ready to handle massive amounts of gamers. It might be simply underestimation or it's a deliberate tactic, since most won't be playing as intensely as the first day.

I should be more specific; You don't see broken games or sub-par quality of mechanics or gameplay. Not the subjective stuff, since there's a clear difference between whether you think the gameplay is good and whether it's working as intended or not. I hate Diablo 3, I think it's a bad story, silly character development and an unscrupulous attempt at making money on the player auction house. But I don't think it's a bad game, for what it is.

At least that's how I see it.
My point is that when they scrap development, it's because they believe it's not good enough and have a genuine intention of making something worthwhile instead.
Click to expand...

I have to disagree. Diablo III is boring; it's sub-par compared to its predecessor and other action RPGs on the market; it lacks major features promised; it's crippled by a terrible economy system and when I was playing, hacking was rife. Let's not even talk about the launch.

That's not the Blizzard quality I grew up with.
S

A perfect troll award goes to Blizzard, for successfully wasting tons of extorted WOW money (seriously, who pays for MMO expansions people?) and still being the "Right" guy.

LetalisK said:
Eh eh eh! I just wanna know wtf it is! Take all the time you want, just tell me!
Click to expand...

Well it's a "causualised" sci-fi mmorpg, so take that for what you will but yes more info would be nice.
Click to expand...

So basically eve-online for retards?

SonOfVoorhees said:
So will a Blizzard MMO beat WOW! (Yes i know they made WOW) Many have tried but none have did it. I wonder if only wow will make a monthly fee ok, but every other game its a big no no. Even the Titan game i think will fail to be a monthly fee game.
Click to expand...

there are sucesful subscription based MMOs there. what WOW and WOW alone does is sell thier expansion packs while already being paid for it via subscriptions. no other gamer would pay for an expansion pack or even the client if they are paying subscritino fees, yet a WOW gamer churns out this money over and over again. 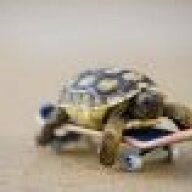 Is it too much to hope that they've come to their senses and are taking out pay2win features such as RMAH after what they learned from D3?

They have recently admit that the AH hurt the game in the end so maybe we're seeing some form of redemption?