Current Systemic Issues in the Anime Industry and Community fOx said:
Hmm, true. The scene where casks get her clothes ripped off by a giant penis monster, and spends the entire battle buck ass naked, except for her boots and gloves, was actually a delicate social commentary on the treatment of women in the middle ages.
Click to expand... 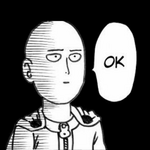 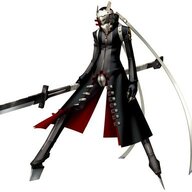 I will be honest, i don't understand why you think attraction to childish bodies or minds is a normal or social acceptable thing. Don't give me hypothetical or fringe cases, I just want to know why you think anime and the intent behind designs and personalities like Tatsumaki and Uzaki are allowed? To me, the intent behind the designs and personalities are so blatantly pandering to the audience that i can't feel any humanity or connection to them. I just see the strings on the puppet

Even outside of any assumption of malice, it's stuff made by people who are disconnected from society to quote Miyazaki. From an artistic point of view, it's not meaningful or even trying to be something worth seeing, it's just a pandering mess.
Reactions: SupahEwok

Houseman said:
There's no word for "people who don't want certain consenting adults to have sex because they find it icky".
But I suppose similar words have been "homophobia".
Click to expand...

Well, you didn't know the meanings of the words "eugenics," or "eutelegenics," so I suppose it's unreasonable for me to expect you to know the meaning of the word "homophobia." I dunno. You lot seem to hate the social justice types, but so far the only ones who seem to bring in the identity politics stuff is you. I barely mention it at all.


Houseman said:
But you're right that it's not about breeding or offspring, you just don't want certain people to ever have sex, not even recreationally.
Click to expand...

Correct. I call those people "pedophiles."


Houseman said:
It's okay, we don't need a catchy word to describe such a horrible desire to police the bedroom of two consenting adults. We just need to be content with the knowledge that people who want to do such a thing have lost, and human rights have won.
Click to expand...

Well, you've basically exhausted the English language trying to find one. Perhaps you were throwing darts at a dictionary. That would explain a great deal. In any case, all I've said is that, if you are sexually attracted to children, or people who look exactly like children, then you are a piece of pedophile shit. If you aren't, then I'm not talking about you. You're the one that tried adding all these qualifiers, in a desperate bid to justify being attracted to children.


Houseman said:
You hear that Miranda Cosgrove (Pictured, 20)? You go ahead and have sex with any consenting adult that you want, and don't let fOx try to tell you that you can't.

What? Did someone say something about rare genetic disorders?
Click to expand...

Miranda cosgrove looks like a young 20 year old woman in that picture. I'm not sure what you're trying to say here. Unless you just wanted to randomly voice your support for her, specifically, to be able to sleep with other consenting adults. That's a little random, but I guess we agree on that. 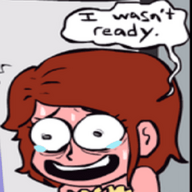 The horse. The house. The man.

Izanagi009 said:
You have no nuance or understanding of the point
Click to expand...

I understand that people who are attracted to pre-pubescent children are pedophiles.
Emphasis on "children".
Not "adults who are petite"
Not "adults who have childish traits".


Izanagi009 said:
i don't understand why you think attraction to childish bodies or minds is a normal or social acceptable thing.
Click to expand...

Ignoring "childish minds", because that's a fantasy thing, adults come in all shapes and sizes. For you to say that adults with a certain body type don't ever deserve love is a crime against humanity.


Izanagi009 said:
, I just want to know why you think anime and the intent behind designs and personalities like Tatsumaki and Uzaki are allowed?
Click to expand...

"Why shouldn't they be allowed?", is the question.

To me, she looks like she has the exact body type that Tatsumaki does.

Don't let the stories about Rape Horse convince you otherwise.
Click to expand...

Let's be honest here: if I had to choose between Puri Puri Prisoner and the rape horse, I would always go for PPP. At least he looks like he'd be down to cuddle afterwards while rape horse looks quite...bitey...

Houseman said:
To me, she looks like she has the exact body type that Tatsumaki does.
Click to expand...

The horse. The house. The man.

Oh how duplicitous, switching between art styles whenever it suits your argument.

Houseman said:
Oh how duplicitous, switching between art styles whenever it suits your argument.
Click to expand...

I don't recall ever mentioning one punch man. I'm honestly unfamiliar with it, which is why I never made any argument about it. You keep trying to tie me to statement made by other people. That said, she does look consistently very young in the source material. But that's an outsiders perspective. I don't see what any of this has to do with anything. Honestly, I don't want to get into an argument about one punch man, because it feels like another diversionary tactic.