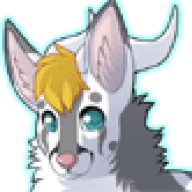 Tragedy said:
If they didn't know what was wrong with DA2 before they even released it will imply a certain virtuosic example of being stuck deep into their own asses.
Click to expand...

Can someone please tell me what was wrong with DA2? i recently finished playing both Origins and DA2 and honestly, i preferred the second game. origins was a great game and all, but DA2 was just more fun and the only consistent complaint ive heard about it was the reused areas, which i was fine with.
Click to expand...

The story was a mess,the combat yet fun was completely tedious and was used to pad out the game.There are many more like the bad character hands(those skeleton hands still creep me out)outside of special NPCs like Fenris and Merrill all the elves looked bad which is why Bioware changed their design.The game is fun but it also has alot of flaws that are a result of being rushed out the door.
Click to expand...

everyones entitled to their opinion and all that, but im going to have to disagree with you. the story seemed quite consistent to me and the combat was far from tedious. in origins, i played several mage builds and all of them boiled down to staying behind the party and pressing a few buttons until the enemy was dead, then repeat for any enemy in the game. i played other classes besides mage and the melee builds required no effort whatsoever beyond stay behind the enemy as a rogue or click x to win as a warrior. It could be because i played both games end to end and played the same class in both but the second game was a complete improvement in both aspects. i preferred the different design of the elves in the second game because it made them seem more like a different race rather than just small humans with pointy ears and hairless faces. maybe there are flaws ive never noticed, but my playthrough of the second game was by far more enjoyable than playing origins.
Click to expand...

The story was the only thing that kept me playing the game but i dont think it was on the level of DA-O.

At least on DA-O they u had to keep your mages behind the rest and even more important you could. On DA2 they went horde mode on us and it sucked massive balls. Oh look a group of guys, oh no more guys jumping over the wall how convenient and more and more and more. its a good thing most of them explode into a mist of blood (WORST DECISION EVER FYI)or the town would have more corpses than residents. Put DA-O on hardest difficulty and its at least challenging. DA2 i did nothing but charge and attack (not that u can do much else mind u cos of the horde style combat spawns) and i didnt die or even get knocked out once.

Weaker characters, hawkes stupid voice and dialogue, the reused environments which is just straight up LAZY and no one and i do mean NO ONE can defend this unless they actually work for Bioware or have brain damage.

Basically the biggest problem I and i think most people have with DA2 is that it was a - oh shit DA-O was more popular than we thought better cash in quick. Unfortunately in order to rush it out they cheaped on the environments, cheaped on the level design ( why else wud u use horde more unless u cba to balance the combat) then to top it of they gave u stupid over the top animations for the shitty combat, "hey jenkins whats the cheapest thing we can do when NPC dies" " well boss we could give them death anims but that would be a costly or we could just make them explode into nothing death star style which wud cost less than coffee" "gg jenkins rank up"

DA2 was a rushed mess tbh.
Click to expand...

i guess we are just going to have to agree to disagree on this because i disagree with most of what you have just said.
the combat was better in DA2 and the whole "horde mode thing" was used in both games, just better in the second game. in origins, all i had to do in combat for any melee class was spam the x button and i would win, and as a mage, all i had to do was either spam the walking bomb spells or just carelessly cats area spells and i would win. in DA2 i had to think about where to cast what spells to do damage, and that quick bit of strategy made the combat quite enjoyable.
the whole turning enemies into red mist was actually rather gratifying for the spells and combo attacks in DA2 since it made spells feel like they were actually powerful and dealing damage rather unlike origins, where you could unleash a massive inferno and the enemies would slowly fall to their deaths unburnt and seemingly unharmed since the death animation was the same for damage from most attacks.
the reused levels thing was definitely rather lazy on their part but hardly a deal breaker since the levels look far better in the second game. i would rather look at an interesting picture 50 times than look at a boring picture once.
like i said though, lets agree to disagree since this is all opinion vs opinion and clearly we have different views and have had different experiences with these games.

still, it was nice to see someone put actual thought into their arguments rather than the usual "origins good, DA2 bad bioware eats babies" rant i have seen too often.

Bioware is almost always getting hate for something. Even the first Mass Effect was hated on for "not being a real RPG". Sure, the level of hate has escalated over the last few years, especially with ME3, but Bioware still has a group of very loyal followers that I seriously doubt will stop following them and praising them, and the popularity of their games makes it so they always have new fans coming in. Consequently, I highly doubt Bioware is in danger, even if Dragon Age: Inquisition is a massive flop in the eyes of the people who have been hating on them since DA2.

Yes, because they still make the best RPGs out there.

I have all the Dragon Age and Mass Effect games, and I believe most of you guys do as well.
Hell, I recently bought KOTOR.

I feel as if people want Bioware to fail. Yep, I'm pretty sure that's it. 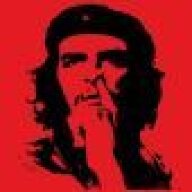 the hidden eagle said:
...and dumbed down RPGs.
Click to expand...