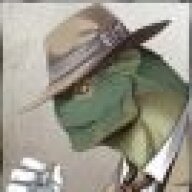 I'm a bit late to the "rant about Duke" party, but I just feel sorely disappointed that no one brought up another game about slapping: Rose & Camellia (http://nigoro.jp/game/rosecamellia/rosecamellia.php?lang=en)

Long story short, a widow decides to get her husband's inheritance back the only way she knows how: by slapping the spit out of all her in-laws. I'm not arguing for Duke though, as the situations are dramatically different. When Duke smacks someone, female or otherwise, he reaffirms his own power and diminishes whoever he slapped. When the widow slaps, she empowers both herself and her opponents who fairly fight her one-on-one.

What I want to argue though is that no fair argument CAN be made at this point. There are no screenshots or gameplay videos of the mode in action, so there simply isn't any context for us to argue on. Anything we say is based on half a paragraph of text, and/or derived from conjecture based on media of other parts of the game and from understandings of Duke?s character from earlier games.
Show hidden low quality content
You must log in or register to reply here.
Share:
Facebook Twitter Reddit Pinterest Tumblr WhatsApp Email Link
Top Bottom