After 12 years of development, you've got a lot to prove, Duke Nukem Forever.

I don't expect it to be worth the wait, myself.

But I still hope for a damn good time.

I'm sick of hiding behind cover.

Playing modern shooters on Easy is the closest I can get to run-and-gun intense badassery of the past.

Outside of certain games, like the aforementioned Serious Sam.

Im hoping its good since I really did enjoy the original duke 3d but Im fully expecting it to be bad... well maybe not bad but just have a shitty pc release since 2k games has lately fucked something up with every pc game its put out

Wipe the slate clean? Yahtzee, are you taking away all expectation of this game besides it should be a return to fun or else? Well... I only wish that other people will follow suit.

Oh and thank you for clairfying that you WILL review Duke Nukem Forever compared to the idiots who THINK they know you and say "no he wont review it becuz he fookin hates evryfing evar and thinks no different of..."

You get the point. They don't know you, only you (And your friends and family) know you.

I never actually played the original game for more than a few minutes at a friends house, so I'm not really looking forward to this game very much. I do look forward to the real review and can't wait to put the two videos side-by-side.

Now Civilization V on the other hand. I've been reading everything I can and watching every video that comes out with new info on that. Only one more week left.

I dont really mind how bad/good it is as long as it's self aware, funny and fun.

plenty of colour, tits and damage soaking badassery will make this game a winner for me

I want a real review of Duke

So you liked the Wolfenstein review the most? Well we are at some kind of odds I suppose.

As for the game I really hope it will be over the top and deliberately un-PC just like the tone of the originals. Otherwise, yes we'll get another bland shooter.

i never knew about Duke Nukem Forever until I got into Megadeth (i found out they did the theme) about 3 years ago, but then i just considered it a game that would never come out.

Since I've never actually been "missing" Duke Nukem (since I was too young to remember him), I can't honestly share the feelings everyone else has been feeling because I've not even played Duke Nukem 3D.

Well, I'm glad you're approaching this with a clean slate- that's the only way I can really imagine anyone enjoying this, save some crazed fanboys. Still, your crazed fanboys probably aren't going to like that...
Still, no matter what they do to it, I suspect it will be a bit anticlimactic, and they're going to go with current gameplay "conventions" rather than what the game was all about in the 90's. Because people seem to misconstrude Duke Nukem being about Duke as a character, rather than the over-the-top gameplay.
Also, no one seems to realize that Duke isn't necessarily so misogynistic. Yeah, he'll accept the attention of classless, promiscuous young females, but he's also a big fan/friend of Oprah Winfrey. He's gotta be doing something right.

Wait Duke Nukem is a dinosaur?

Worgen said:
Im hoping its good since I really did enjoy the original duke 3d but Im fully expecting it to be bad... well maybe not bad but just have a shitty pc release since 2k games has lately fucked something up with every pc game its put out
Click to expand...

What was fucked up about 2k's release of Oblivion? I thought the PC version was the best, myself. Well, expect for the one bonus that the PS3 version had. Bows don't lose durability just by firing an arrow. And even then, there's a mod for that. 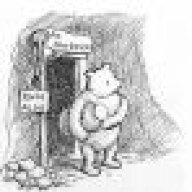 Apparently one of the reasons it was delayed is that Broussard wanted to keep adding more and more things, which makes me think the game will have so much stuff you won't have a chance in hell of enjoying it. Every few minutes you'll be whisked off to another landscape with new weapons. I don't think Gearbox has had nearly enough time to correct for the mistakes 3D Realms made.

Now we can stop the "Will it/wont it" argument and I'll give this game chance. It's gonna be a break from all the Brown and Grey "Look at us we're being realistic" shooting games currently on the market.

WOW! OPTIMISM FROM Yahtzee! Will wonders never cease. I have to say, I do miss the "I'm a HARD-ASS and you're all DEAD!" run-in's from the old days...the last game I remember having that kind of sensibility that I played was Haze, I know it was panned and killed off Free Radical Games, and the first time I played it I hated it.

But I went back, and was able to appreciate the satire, blunt and hardly intelligent satire, but there nonetheless of the arrogant "Mantel" soldiers, with their "HOO-RAAAAAAAAAAH!"'s and talk about the cannibal enemies. The ability to take anyone to school and the slightly disturbing moments when the invisible dead bodies intrude.

But what was really fun was, that while not an easy game, it never forced you to stop. You could go through shooting, no cover, no dodge, and if you were quick and shooty enough you "Kicked ass and chewed Bubblegum!".

I too look forward to a lower emphasis on "realistic" brown and grey shooters with broody leads and sadistic tendencies. I mean who doesn't prefer Vice City's garish campness to GTA IV's brown and grey (though beautiful and incredibly well realised and playable) scenery. I know which one I had more fun playing anyway. Bring back the less realistic! HUZZAH FOR NOT TAKING YOURSELF TOO SERIOUSLY!

Hmm...You bring up a good point Yahtzee. It may not be worth 12 years but Tits on my face is always appritiated.

But whatever, I can't say I'm excited for DNF, or ever was. I only really started playing games or at least emersing myself in the culture during the last console generation, so my first knowledge of DNF was that trailer a couple of years back with no gameplay and god awful graphics that I can't say it got my skipping joyfully on the now rusted hype train. And since it's now been handed to the creators of the wildly over appritiated Borderlands (a game which said it's ok to be a unoriginal brown lack luster unbalanced shooter as long as your have 4 player co-op and loot) I can't say I care now.

Maybe I'd be more excited if I was desperatly in need of a stupid mocho over the top balls to the wall shooter, but seeing as we've got Bulletstorm on the horizon I think I'll have had my fill by the time the Duke returns.
J

Bulletstorm looks interesting. It's being made by People Can Fly... but also being published by Epic. I wonder if it will be as fun and frustrating as Painkiller. Also, I wonder if Yahtzee played Painkiller: Resurrection and if he thinks that it's any good. I have it on Steam, but I dont want to install it until I beat the first game and it's expansion.

From all the wildly varying promotional shots that've surfaced over the last thirteen years, showing duke nukem following in step with all the various "popular themes" of the time, I've got this sneaking suspicion that DNF will have regenerating health and cover systems... and the only reason gearbox got greenlit to finish it was because it had those things.
Show hidden low quality content
You must log in or register to reply here.
Share:
Facebook Twitter Reddit Pinterest Tumblr WhatsApp Email Link
Top Bottom