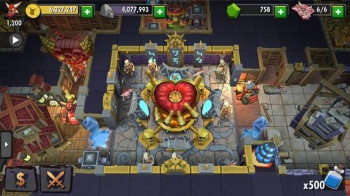 People just weren't ready for the mobile game, according to EA exec.

EA's free-to-play reboot of the classic Dungeon Keeper [a href=http://www.escapistmagazine.com/videos/view/jimquisition/8773-Free-To-Wait]could have gone better[/a], to say the least. It used the beloved franchise as a skinsuit for a sleazy cash grab. Not only was it panned, but it also sank its developer, Mythic. Six months later, the company is still dealing with the fallout. While EA CEO Andrew WIlson [a href=http://www.escapistmagazine.com/news/view/135710-Cash-Grab-Dungeon-Keeper-Was-Wrong-Admits-EA-CEO]recently apologized[/a] for the whole thing, saying it was wrong, Frank Gibeau, EA's head of mobile, has gone the other direction and speculated that audiences just weren't ready for it yet.

"Dungeon Keeper suffered from a few things," Gibeau told Games Industry. "I think we might have innovated too much or tried some different things that people just weren't ready for... I don't think we did a particularly good job marketing it or talking to fans about their expectations for what Dungeon Keeper was going to be or ultimately should be."

While Dungeon Keeper ended up killing veteran developer Mythic, EA will still maintain the game because of its commitment to players. As Gibeau said, "[W]hen you bring in a group of people to Dungeon Keeper and you serve them, create a live service, a relationship and a connection, you just can't pull the rug out from under them. That's just not fair."

It should be noted that EA can no longer [a href=http://www.escapistmagazine.com/news/view/135878-Dungeon-Keeper-Ads-Misleading-Concludes-UK-Advertising-Watchdog]legally market the game as free[/a] in Europe, due to its crazy amount of in-app purchases. At this point, it's likely best if EA just stops talking about Dungeon Keeper all together and moves on.

HAHAHAHAHA.
No.
That is incorrect.

Everyone prepare your laughing gifs. I'll kick us off.

I mean, I defend EA at times, but you've just left yourself open to ridicule with this one.

"I think we might have innovated too much or tried some different things that people just weren't ready for..."
Mr Bender, please take it away.

Wow... I mean wow. That's... Wow. Really? Oh I see. Your mistaking innovation with bullshit. I can see where you got confused.

I gotta agree with you Ian, EA should just stop talking about Dungeon Keeper and let it go.

your right EA it's not that the game was a greedy cash grab, it was just too innovative for us! we should get with the times people, the future is paying for each and every individual action you do in a game.

seriously though this is the same old Ea, same blaming of the customers same tired excuses, soon the same tired apology, well EA I guess my money is too innovative for you, it wants to do different things like paying for complete experiences , things your not ready for.

Is there anyone, anywhere, who believes this one bit? Anyone at all?

And just when will we be "ready" to be nickel and dimed to death? 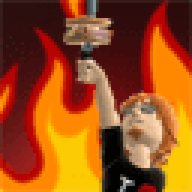 The only thing EA has "Innovated" is pissing off its customers. Honestly though this is so hilarious that I can't even be mad about it. 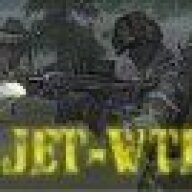 And to think, this is what a college education can get you.

You know I think what worries me the most is the fact that this is exactly the kind of BS I expect to hear from game companies these days.

Does anyone have the "you keep using that word" image macro ready? because this would be the perfect time to use it.

Blatant cash grabs have never been innovative. And they certainly aren't innovative in the mobile market. There have already been several games that attempt to separate you from your money via mechanics that decrease wait time in return for money. There was no innovation to be had. In fact it would have been MORE innovative to offer a "free to play" game that really was FREE TO PLAY and never once tried to ask for you credit card information. That sir, would have been true innovation.

The only thing I can think of that would make that phrase make any sense is that when he said the game "innovated too much", what he really meant is "we changed it too much from the original games", referring to the fact that no one was happy with a Dungeon Keeper reboot that basically completely changed its genre. Though even that would require getting Inigo Montoya in here to point-out that changing a game's genre isn't "innovation". 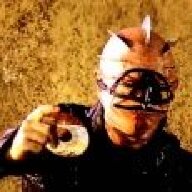 Oh EA you not trying to hard, you are very much not trying at all. I dont think you understand what you are saying. Innovation means you are trying to improve, make something better, not steal and lie your way into peoples pockets. Oh you truly do make me laugh

Heh, really? I've said it before and I'll say it again, the games industry really needs to work on their PR tactics, I swear every week we hear a few of the usual suspects running off their mouth when it would have been more advantageous just to keep quiet and hope people start to forget. You don't see many other industries running into this problem, I guess the video game industry still need time to mature. Anyhow, I couldn't find a decent laughing gif so I'll let Jim doing the talking for me: