Grats, you won the lottery.

Heh, thought about this a few times myself.

1: Arrange payments of 2000 a month to both my brother and mother. (which is about a middle-class income over here.) Then pay off the mortgage on my mother's house.
2: Tell my closest friends that if they need anything (need, not want) all they have to do is ask because I have more money than I can spend now. Plus I would hand them all 2000 in cash as a gift.
3: Fund my own private charity, so I know -exactly- what the money will be spent on.
4: Buy a castle with a few hundred square meters of land, and turn it into a LARP/medieval event location.
5: Build a LAN party room capable of holding 6 people.
6: Buy myself a Harley Davidson Heritage Softtail Classic or something similar, a Mini Cooper for fun (For some reason I love those), and a good family car that can take a lot of luggage. (Though I would keep my current Honda Shadow VT1100 and have anything worn or damaged replaced. I've become quite attached to it.)
7: Travel to another country every now and then. I'm a firm believer in seeking out new experiences when capable.
8: Get a one-time flight in a fighter jet taking off from an aircraft carrier. I don't care if I pass out from that. The one thing that makes me feel truly alive is speed. The faster, the better. And I can't think of something much faster than taking off in a fighter jet. Well, apart from travelling to space with a rocket or something...
9: Meet with the band that got me into metal; Nightwish. Not some standard meet and greet. I want to ask them to join me in one day of LARP, and have a bar night after that. No singing needed, just a fun bar night. And if they're not up for that, just the bar night would do!
10: Fund a good indie developer I want to support to make a single player rpg with co-op for me. Just because I've always wanted to do that. Nothing too costly, but I'd be willing to put a few million into it. Afterwards I'd probably put it on steam for something really cheap share the profits between the developer and a good cause. (Can't say a price because that would depend on the end results.) Not like I'd need that extra money any time soon.
11: Probably try to find a good investment or two, and bank the rest to live off of the interest.

I've grown up in a lower-middle class family and once I moved out I have just enough to not get any debts as long as I save up for more expensive things like a TV or a washing machine breaking down. And I'm happy as is. I wouldn't mind more money, but I don't need it. Let's say I managed to spend 80,000,000 in the first year. 20,000,000 in savings would give me about 19,000 a month in interest alone if I put it in my current savings account, family payments included. So I don't think I would ever be able to spend all of that money on myself. ^^;;

Three things I'd do first. My Mom's house will be paid off, my Grandparents will be put in a nursing home, and my student loans will be gone. After that, I'll buy the best gaming PC I can find, buy a decent amount of games I want, clear some of my amazon list, and throw the rest into a bank account. I may or may not keep working. I like my job, so maybe I might stay. 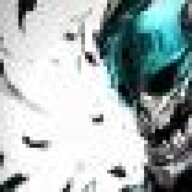 Id personally still work aswell, I always said I would. I donno how long though because Ive always said that Id work until the first thing really ticks me off. Then I could table flip, say f u, and take my leave. Ah yes..dreams are lovely.

1.) Divide it equally between myself, my sisters, and my parents.

2.) Set aside about 3 million for extreme nightmare scenarios (self-induced or otherwise, we've all heard about idiots losing their millions almost immediately), hoping never to touch it again-will to charities or loves ones upon my death.

If I somehow still at least $50 million after that (an initial %400 million lottery, perhaps), I'd have my own eccentric mansion built, probably someplace on the Western side of the Cascade Mountains. Otherwise, I would carefully set aside a certain amount each year for personal use, for charity, and to gamble on the stock market for fun and curiosity.
Show hidden low quality content
You must log in or register to reply here.
Share:
Facebook Twitter Reddit Pinterest Tumblr WhatsApp Email Link
Top Bottom